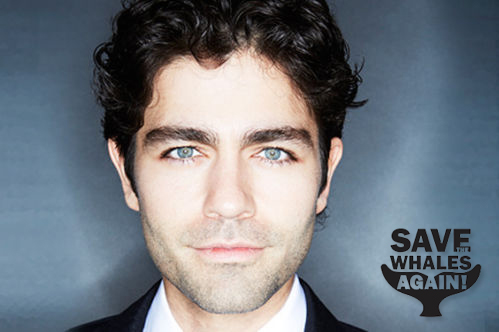 UPDATE: More than 3,800 people – including actor Leonardo DiCaprio – stepped in to fully fund this project. DiCaprio donated $50,000 to the cause, writing on Facebook, “Excited to back my friend Adrian Grenier’s project: 52 on Kickstarter – a campaign to find ‘the world’s loneliest whale’ and help them research ocean noise pollution.” The project now has almost $406,000 – exceeding the original goal of $300,000 – to set out on the 20-day expedition.

The one-time fictional Aquaman of the small-screen, is now on the hunt for the world’s loneliest whale. Adrian Grenier, who played Vincent Chase on television’s Entourage, is on a Kickstarter mission to raise $300,000 to fund an expedition and document the life of 52 Hertz Whale.

The creature, also dubbed 52, is “believed to have spent his entire life in solitude, calling out at a frequency that no other whale can understand,” according to Grenier’s campaign, which he’s co-producing with filmmaker Josh Zeman. 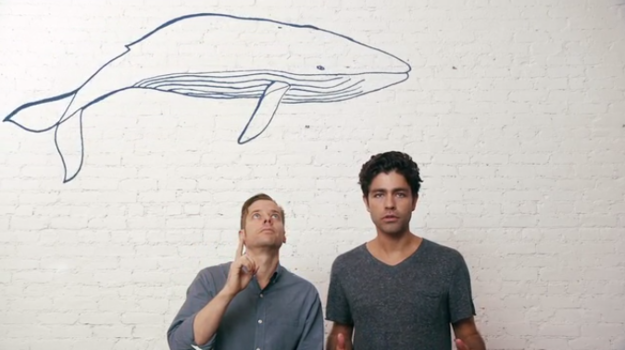 Grenier recently talked to Origin magazine about his passion for the project.

“When I first heard the story of the Lonely Whale, who speaks that 52-hertz, a unique call, different from other whales, I was immediately compelled and wanted to know more. But most importantly, I felt myself soften. My empathy levels spiked, and I didn’t understand what that would mean until later. Now that I’ve been working on this project, to me that’s the most important aspect of this story. Lonely whales have the ability to bring people in and give them an opportunity to feel and have empathy. Somehow, he reflects a humanness, something that’s within all of us, and that’s really something that immediately got me and excited me about the story of Lonely Whale.

The history of the whale is fascinating.

It was discovered in 1992 at the Whidbey Island Naval Air Station in Puget Sound. Researchers tapped into the whale’s oddly high-frquency calls via a network of hydrophones dotting the ocean floor. Fifty-two hertz is an off-the-charts frequency for blue whales and no other whales responded to the calls. Since then singers and sculptures have dedicated works of art to this modern day Moby Dick.

Grenier and Zeman’s campaign has raised more than $115,000 from about 1,000 backers. There are 14 days left in the campaign. The Hollywood celebrities have attracted a team of experts, to hopefully find 52 far off the coast of California, tag him with non-invasive tags in order to monitor his calls. Part of the project is also dedicated to raising awareness about ocean noise pollution, which is a threat to marine life, including whales.

“The causes are man-made: sonar blasts from military exercises, seismic air guns from fuel exploration and the whine of commercial ship crisscrossing the globe – every minute of every day,” the campaign notes.

So far, nobody has seen this whale. Nobody really understands it. But Grenier and Zeman hope to change that. If the fundraising goal is reached, the film could be out by December, 2016.