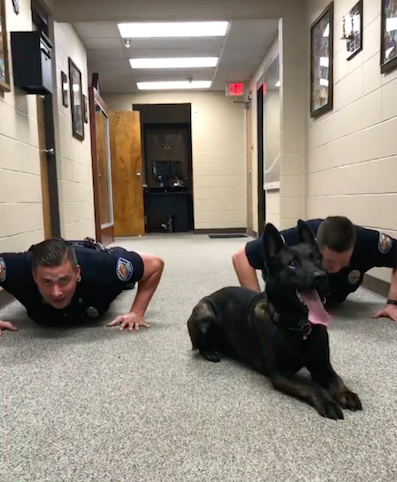 Check out the pup-ups by rookie cop in Alabama.

Gulf Shores Police Department Officers William Cowan and Ben Hancock prove to be no match for Nitro, a member of the service’s canine unit.

A seven-second video of the trio working out to Eye of the Tiger has been viewed more than 700,000 times in just a few days taking office boot camp to a whole new level.

Not bad viral video status for a two-year-old pooch that has only been on the job since February.

“K9 Nitro, Officer Cowan and Officer Hancock are getting warmed up and ready to apprehend any bad guys that break the law!” the police service wrote in its Facebook post.

But all this fun with a canine cop does have a serious message.

So, what exactly is the 9 pm routine?

It’s a reminder to drivers to remove valuables from their vehicles and lock up. At the end of the day, it’s the best way to prevent car break-ins. 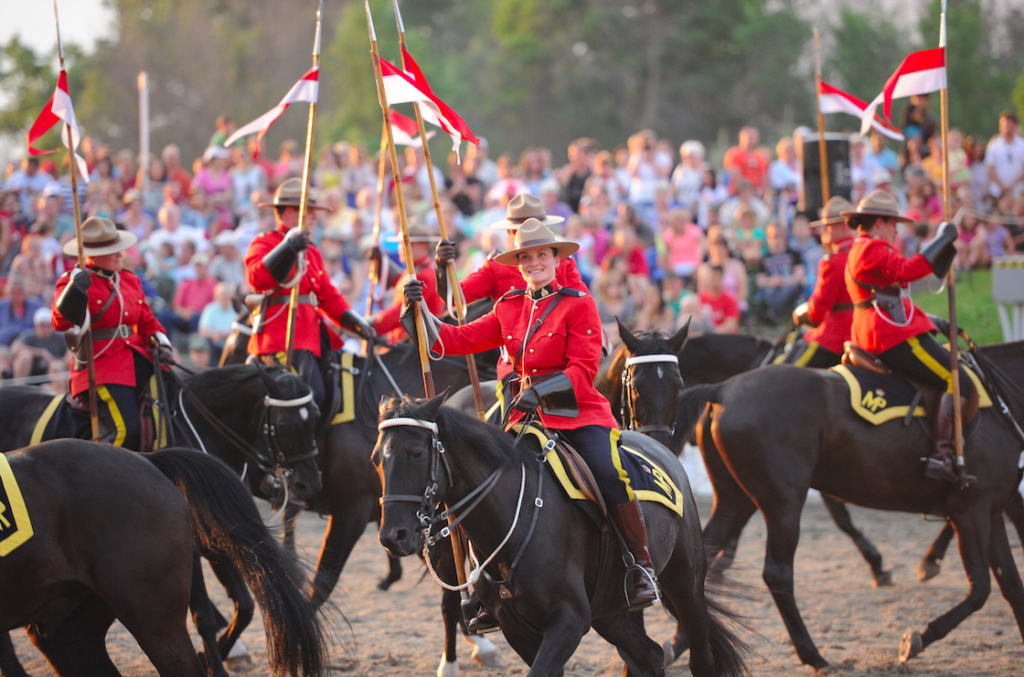