Attention dog owners: Don’t do this.

Tying a dog to a flatbed trailer with no side rails or any safety measures of any kidn while driving through a major city is a bad idea. And yet, someone in Canada did just that.

And now, the Calgary Humane Society has announced a slew of charges. Luckily the dog is okay and now under the care of the animal shelter. But the outcome could have been deadly.

“Transporting dogs in the beds of trucks can be incredibly dangerous to the dog, between exposure to extreme weather and the risk of falling,” Brad Nichols, the humane society’s senior manager for animal cruelty investigations said in a statement Tuesday.

Animal lovers can than some eagle-eyed travellers for exposing what happened.

It was on Oct. 28 when an image of the tethered dog began circulating on social media via Facebook user Ryan Harris.

The incident was reported to police.

Volodymyr Irodenko of of Rocky View is now facing charges under municipal, provincial and federal legislation for crimes ranging from causing an animal to be in distress to transporting an animal outside the cab of a vehicle. If convicted, he could face jail time and hefty fines.

In the meantime, the dog, whose name, age and breed aren’t entirely clear, because his owner isn’t cooperating, is in good hands, officials say.

It’s not certain where the dog will end up. But he is huge and huggable. That much is clear. 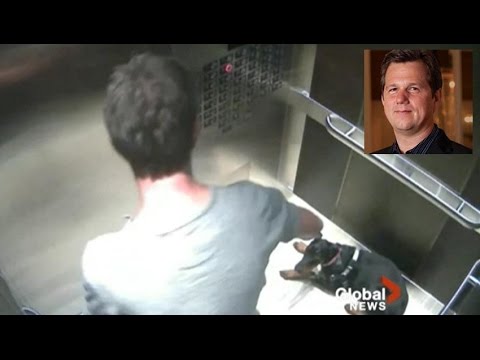