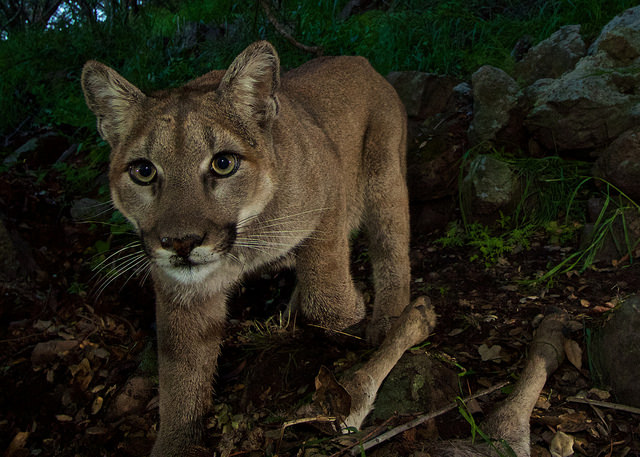 A female mountain lion and her growing cubs were captured by remote camera as they feasted on a deer carcass in California.

The Santa Monica Mountains National Recreation Area posted the photos of big cat named P-19, as well as her 15-month-old offspring, dubbed P-32 (a male) and P-33 (a female). The photos of the pumas were taken in mid-February and recently posted on the National Park Service’s Flickr account.

Officials said another sibling, called P-34, left the group before the photos were taken, according to the Los Angeles Times. The photos are a remarkable glimpse into the secret lives of mountain lions. 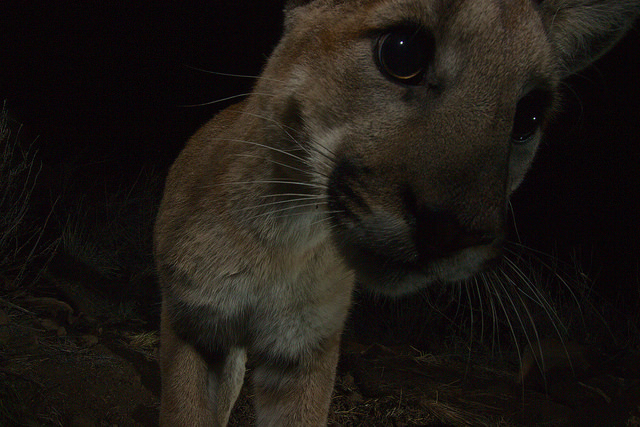 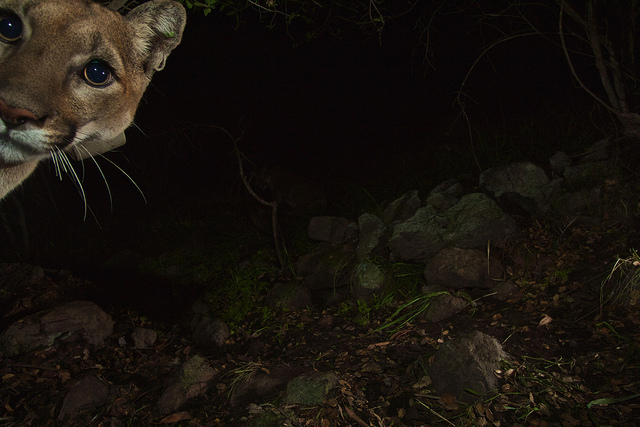 Here’s another of mom. 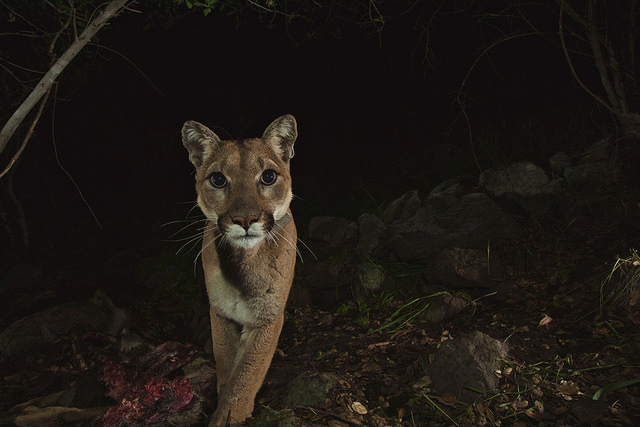 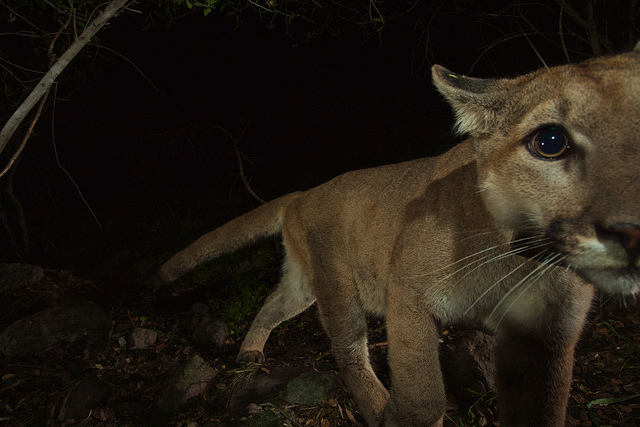 “For some time, our biologists thought that P-33 may not have survived since she was not seen in some of the remote camera photos we picked up of her mom and other siblings. Maybe she was just camera shy, because here she is at age 15 months looking healthy and strong,” the National Park Service said.

Here’s mom in the front and the female cub behind.

Check out mom and son feasting up front. And P-33 is hanging behind. 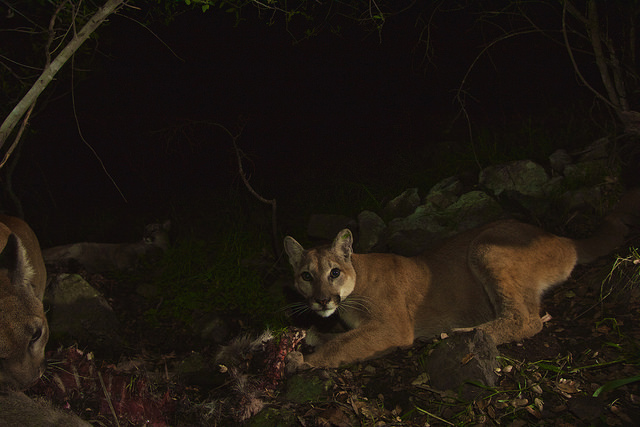 Animal! And, son is fitted with a radio collar. 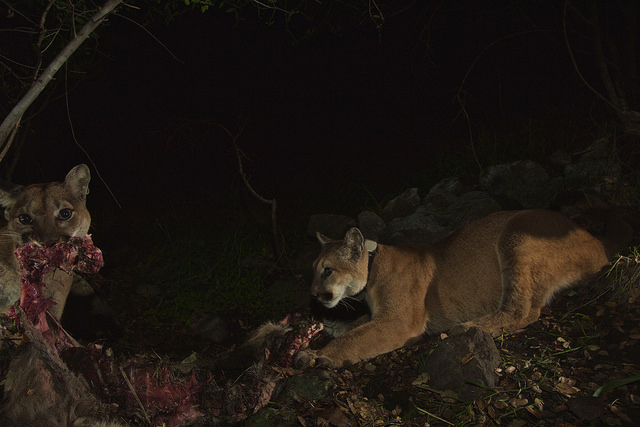 Wouldn’t want that barbed wire tongue anywhere near us. 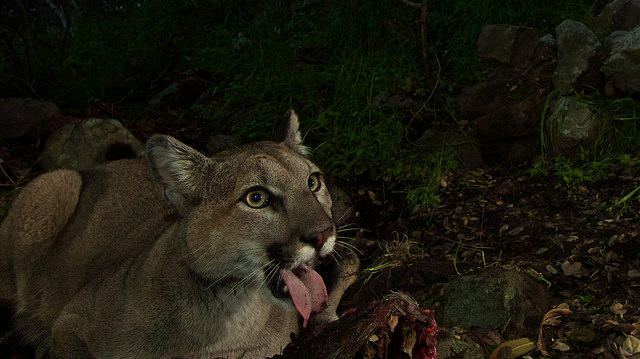 Or those sharp teeth. 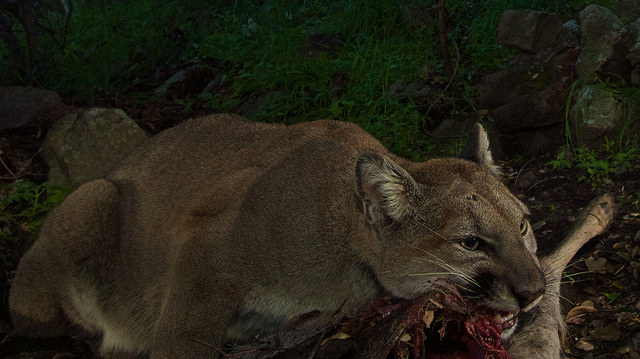 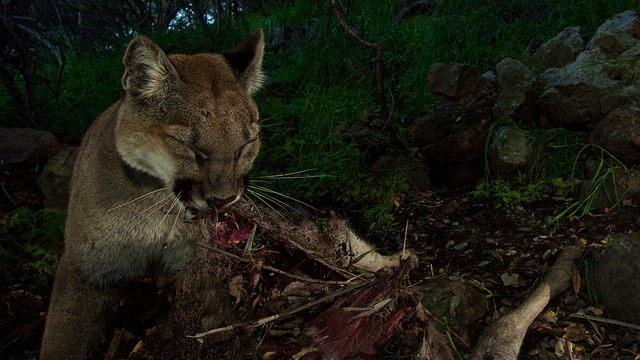 This is P-33, who came to the kill site first and alone, according to officials. “She fed by herself for about an hour before her mom and brother showed up,” the park said.

So cute! “She looks younger and more fluffy in this photo than the others (or at least that’s my non-scientific observation!),” the park said. We totally agree. 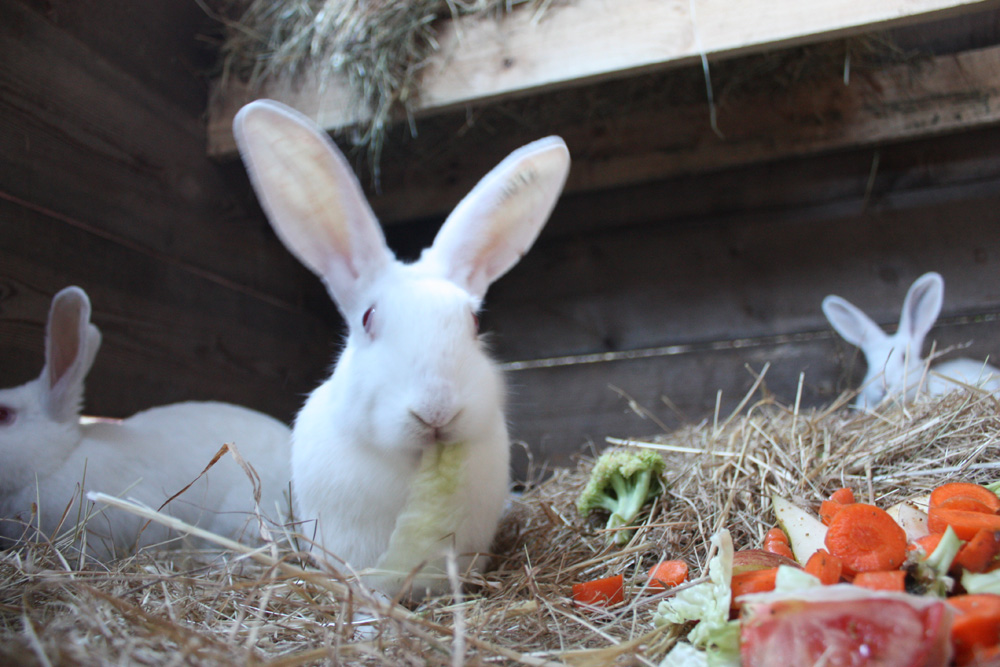