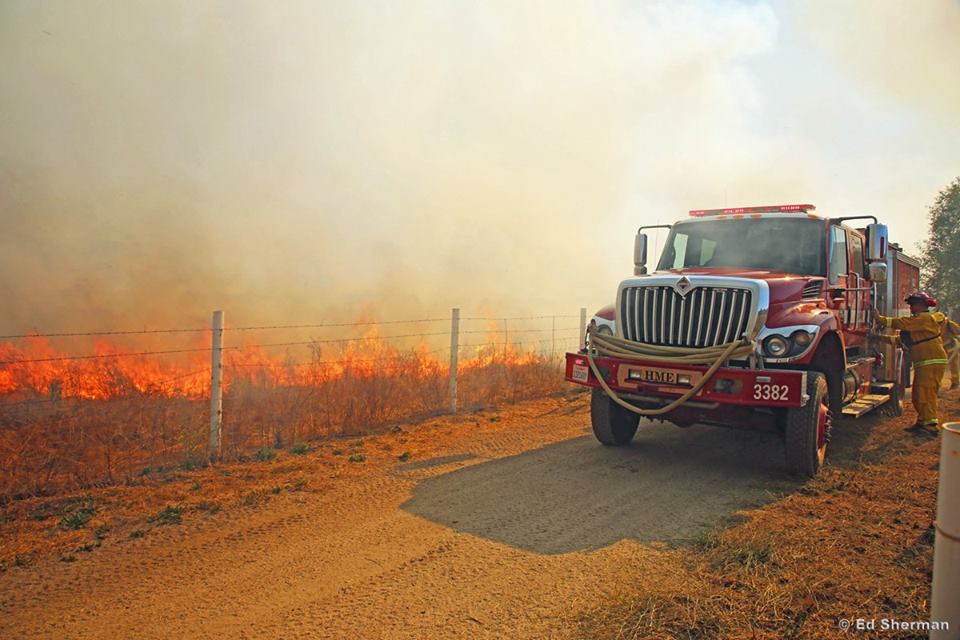 An animal control officer trying to help a burnt emu along the road of a bush fire near San Diego wasn’t injured after getting shot at by the emu’s owner.

The emu’s owner was arrested after firing several shots into the air. The animal control officer went on to the man’s property to attend the emu who apparently was burned from the sprawling brush fire near the East County community of Potrero on Monday, authorities said.

The officer, who had been driving in the area, spotted the injured animal and pulled over, sheriff’s Lt. Rebecca Robins said.

The animal control officer was trying to get to the emu when the resident came out with a gun and fired shots into the air outside the home on state Route 94 near Potrero about 5:50 p.m.

Deputies arrived and took the resident into custody.

The officer was unharmed.

There was no information available about the emu’s condition.

In a Facebook post, a County of San Diego Department of Animal Services official said the emu appeared to have caught some of the fire raging in the area.

“We are hearing that just the outer feathers appear to be burnt but I don’t think the officer has returned to the scene just yet.”

The so-called Border Fire, which broke out Sunday morning, has burned 7,500 acres in the community just north of the U.S.-Mexico border, destroyed four outbuildings and forced about 100 homes to evacuate. The blaze was 5 percent contained as of Monday night, Cal Fire officials said.