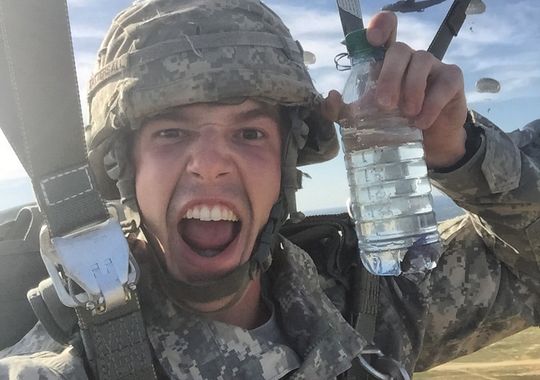 Paratrooper Matthew Tattersall wanted to celebrate his departure from the Army so he went and did his last jump out of a plane with his pet Siamese fighting fish Willy Make It!

Tattersall was ordered to serve 12 more days in the Army before he can leave. In an article in Army Times, the contrite fish owner said it could have been worse.

“The way I see it, if you do the crime, you’d better be willing to do the time…They certainly, if they absolutely wanted to, the punishment could have been far worse, so I’m not upset about anything. I understand that there were going to be consequences for it.

Tattersall, who had already written a 1,000-word essay about the importance of airborne safety and professionalism in the Army, also could be bumped down a rank if he breaks any more Army regulations.

“If I make one mistake, they take my rank…They tossed me a bone when it comes to not taking my rank.

When he was handed his punishment, Tattersall, who joined the Army in 2011 and was deployed to Afghanistan, said his battalion commander explained that his actions were unsafe.

“It wasn’t a laughing matter. And the essay I wrote, I didn’t take the essay very seriously, which I should have.

He was to complete his enlistment on May 20 and to mark his last jump April 11, he had brought Willy MakeIt along for the ride.

He and his friends had long talked about doing something special or unique for their last jump, but “no one actually went through with it,” he said at the time.

So when his turn came, “I wanted to make it awesome, and I did just that,” he said.

On the day of the jump, no one knew what Tattersall was planning, he said.

As he jumped from the C-17 and fell to the ground under the canopy of his parachute, Tattersall took a quick selfie.

He was careful to make sure no other jumpers were nearby, he said.

Tattersall and Willy MakeIt made it safely to the ground, and the hardy fish earned a middle name.

He’s now Willy Did MakeIt. Tattersall wishes Willy had been punished as well.

“He thinks that this is the funniest thing in the world, and it’s not 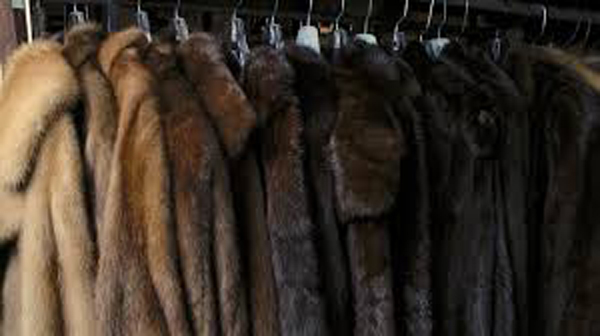 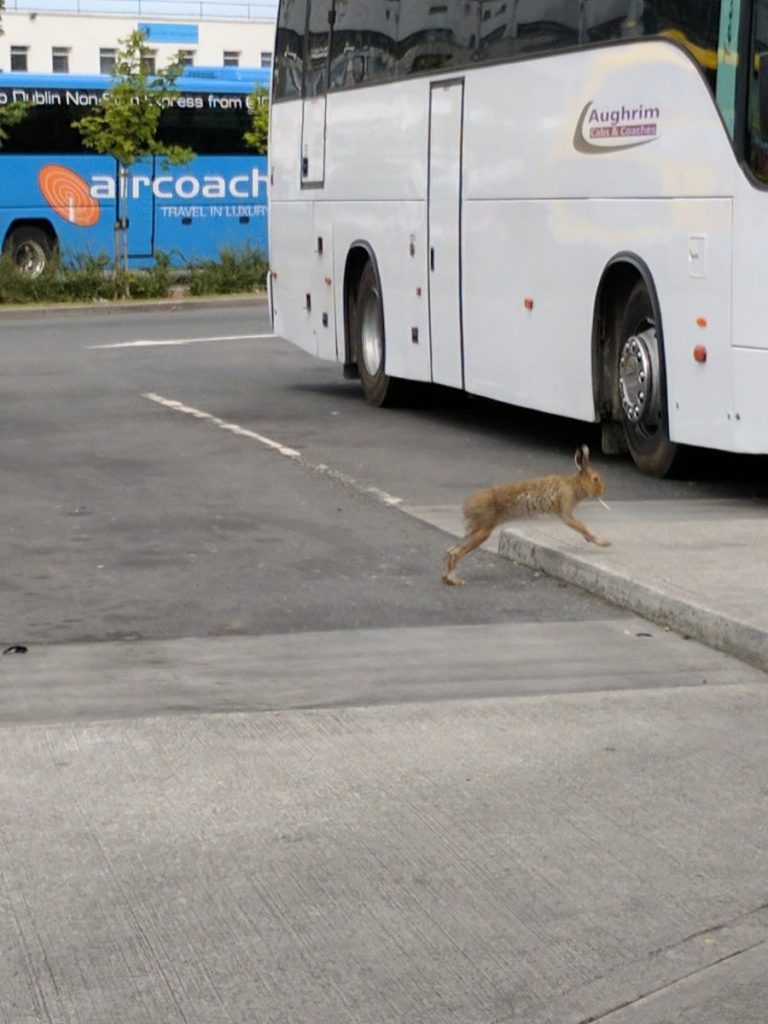