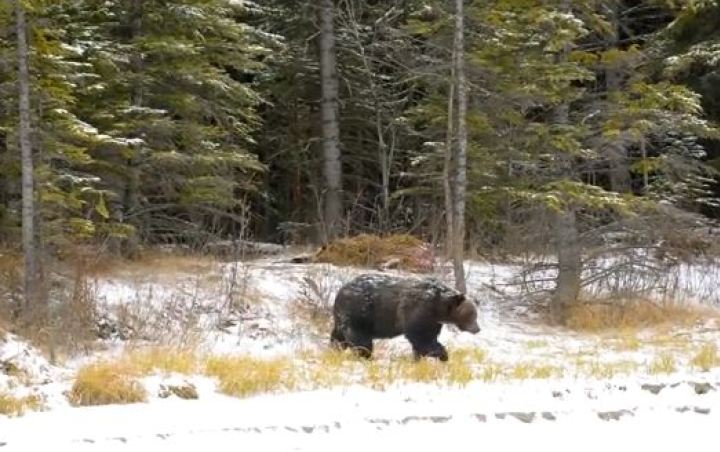 Bear #122 is treating the crown jewel in Canada’s national park system as a personal buffet.

The dominant male grizzly in Banff National Park was recently caught on video feeding on an elk carcass, protecting its meal and even sleeping on it until there was nothing left but bones and hide. Nearby trails were closed to people  for an entire week as the 600- to 700-pound bruin fed.

Earlier this month, the Calgary Herald reported that eight elk died after falling through the ice that has started to cover the Bow River not far from the Banff townsite. Despite efforts to save some of the animals, Parks Canada staff eventually were left to simply remove the carcasses, which they spread through the backcountry using a helicopter for predators. The pilot spotted wolves devouring one of the dead elk further along the river’s edge, according to the Herald.

A few days later, a report was made that a bear was feeding on an elk, which Parks Canada said staff didn’t include in the previous body count. The bear had laid claim to the carcass – even covering it spruce boughs – making it impossible for officials to move it deep into the wilderness, farther away from people. (The same bear forced trail closures in Banff and Kootenay national parks over last summer.)

Bear #122 gained notoriety in the summer as one badass bear. (Totally different beast than the Bad News Bears.) It was spotted feeding on a black bear that was unlucky enough to be attacked by the hulking grizzly.

Not long after that disturbing – but not uncommon – incident, the bear was spotted eating an elk. As a result of this latest elk feast, Parks Canada staff said the bear appears ready for a long, cold winter. “This protein meal will be a boost to his condition when he emerges from the den in spring,” the agency said. 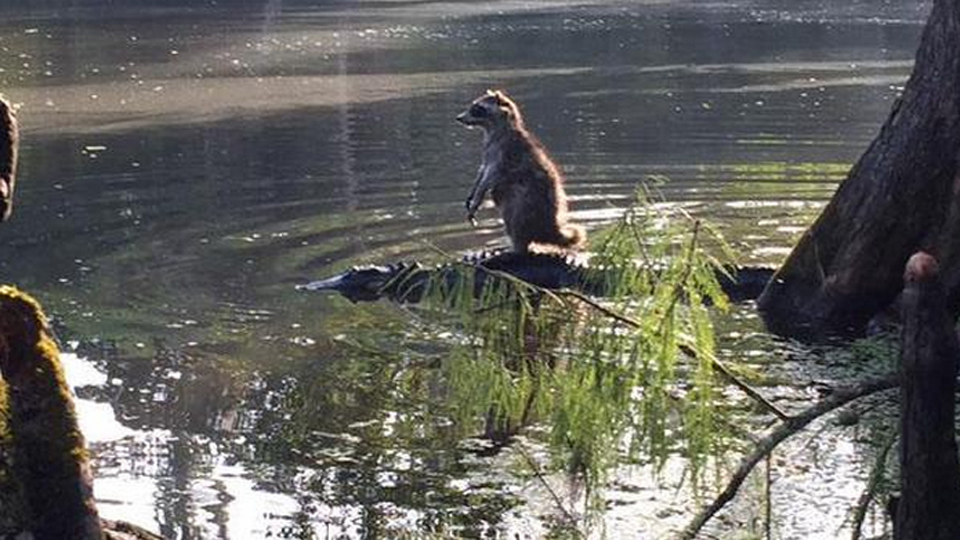