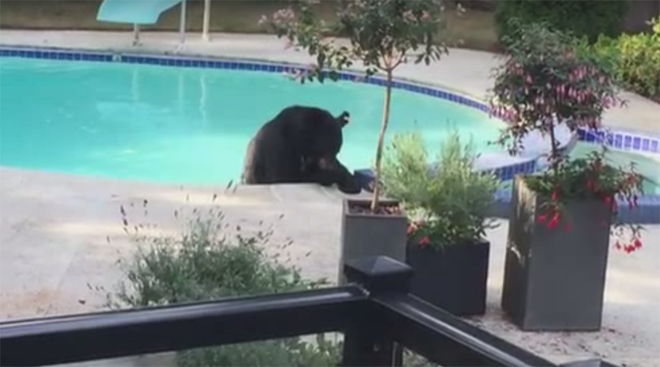 You’re enjoying the last days of summer, aren’t you? Soaking up the rays, firing up the bbq and those lucky enough, enjoying the swimming pool out in the sunlight.

So why shouldn’t bears get their chance too?

Denise and Tony Diering of North Vancouver looked out the back door of their home and saw a black bear standing by the pool about to get in.

Denise shouted to Tony, “Close the door” and they watched as the bear slid into the pool.

The swim lasted for about 15 minutes then the bear climbed into the hot tub next door for a soak before leaving.

The Dierings have a pretty good idea how the bear got in. A hole was knocked down in their fence and the bear saw its chance.

A few weeks ago, a similar looking bear was noshing at their bird feeder. 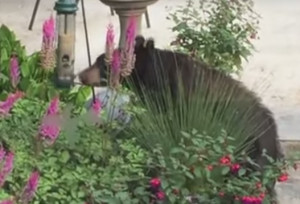 Tony Diering said he has concerns about safety for the kids in the neighbourhood.

While they don’t mind sharing their pool, Diering says he hopes the bear gets the message and goes elsewhere. 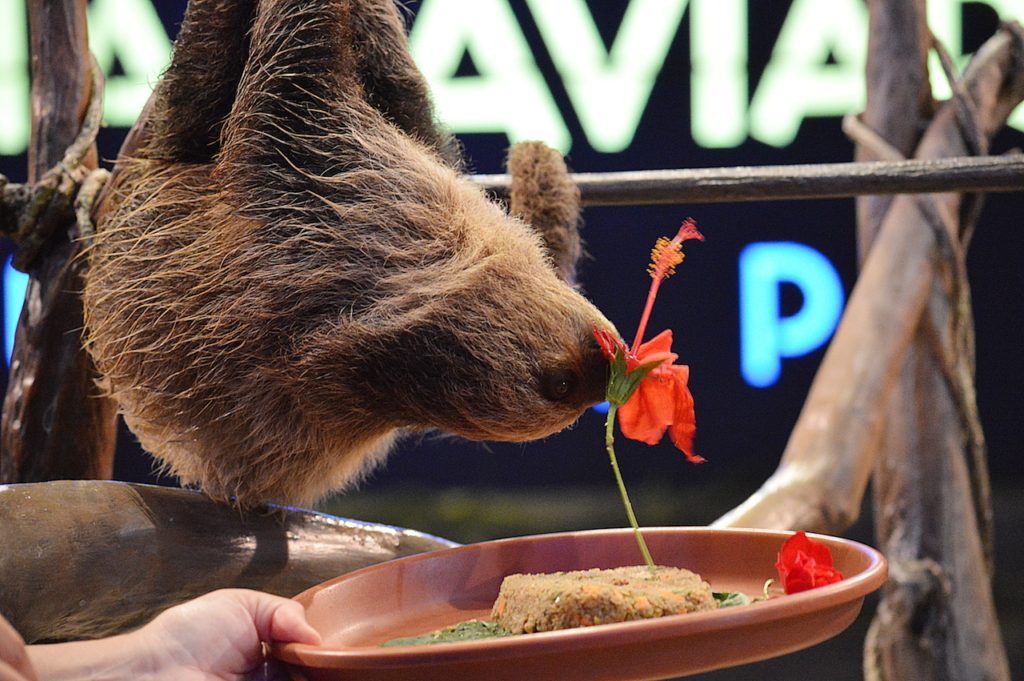