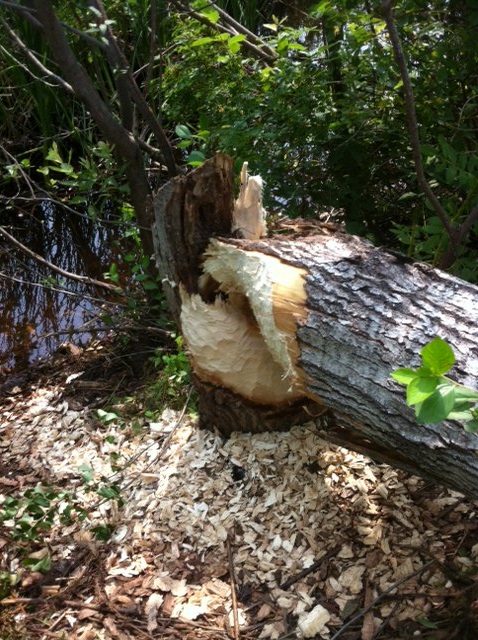 We have the full Canadian content in this Critter File.

A Quebec family driving to Prince Edward Island escaped injury after a tree gnawed at by a beaver fell on their car on Route 16.

Driver JG Goulet said he saw the tree was about to go but was unable to stop the car in time.

As passenger Paula Chiasson told CBC, the couple and their two children–a 1 and a two-year-old in the back seat–are fine and the family now has a good story to tell for years to come.

I can’t say it’s one of those things that happens, because it doesn’t.  But it happened and there’s not much you can do about it. But it’s just funny, for us it’s just funny. It’s going to be a joke for years.”

The RCMP in PEI said when they arrived at the scene, they discovered the 2011 Toyota Rav4 that had been struck by a large tree which had fallen across the road.

The vehicle sustained significant damage to the roof, windshield, and to a cargo box that was mounted on the roof. The couple in the front seat of the vehicle were uninjured, as were their 1 and 2 year old children who were in the back seat.

When RCMP members examined the trunk of the tree that had fallen they saw that it had been gnawed just about all of the way through by a beaver, as had several other large trees in the area that were still standing.

Arrangements were made to have the damaged trees taken safely down.

Man, those beavers. They’re unstoppable–they build ponds and hockey rinks, trap dachshunds and cause flooding and mudslides.The family was visiting PEI from Quebec when the incident occurred and their vehicle was towed from the scene. It has since been taken to a body shop for repair.

RCMP say in their news release that the culprit hasn’t yet been located.

The beaver is still at large.