He’s not quite fully walking yet, but Bei Bei is fully completely adorable.

The giant panda cub at the Smithsonian’s National Zoo made his media debut today in Washington, D.C. And clearly, he’s already a star. The 17.5-pound woolly cub seemed unfazed by all the cameras, lights and attention as he took a few steps, had a weigh in, drooled and dozed off.

“This is a really exciting time in his life where he’s learning how to walk and climb,” Laurie Thompson, giant panda biologist told reporters, “Every day there is something new going on. He’s starting to play with his mom a little bit.” 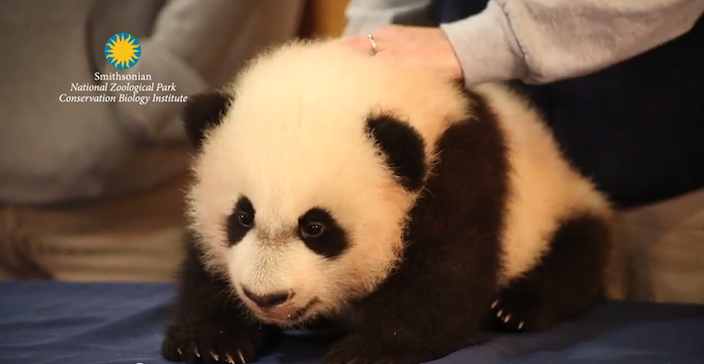 Giant panda Mei Xiang gave birth to Bei Bei, and a twin, in August. But the older twin brother did not survive.

But Bei Bei is thriving and reaching every milestone along the way. He will make his public debut Jan. 16, 2016.

While the public waits to see the cub on display, they have been avidly following the facility’s panda cam and posting screen caps of what they see. One fan, chris,finchy uploaded this adorable photo to #PandaStory Flickr group recently. 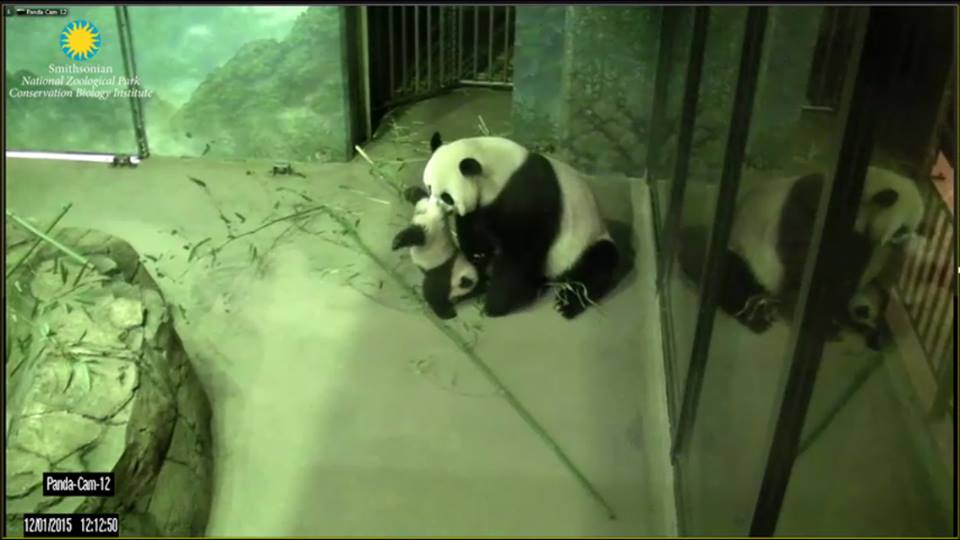 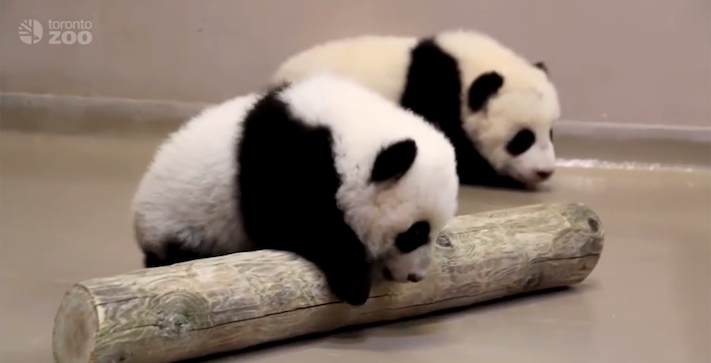