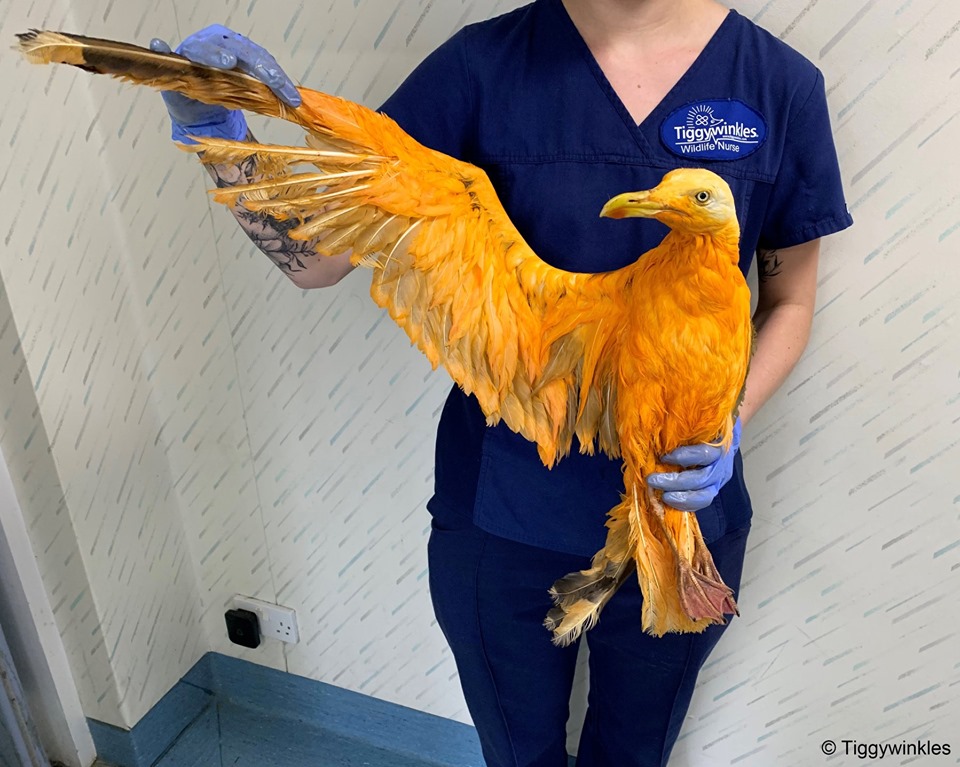 At first, veterinarians were expecting their next patient to be some kind of exotic bird.

Instead, staff at Tiggywinkles Wildlife Hospital in Buckinghamshire, U.K. were faced with a herring gull covered from beak to tail in something bright orange. Some good Samaritan’s found the bird at the side of the road.

Tiggywinkles called it “one of the strangest casualty circumstances” they’d seen in recent memory. And they’ve been taking in wildlife since 1978. So, they’ve seen a lot.

“He had somehow gotten himself covered in curry or turmeric!” the clinic posted on Facebook July 1. “It was all over his feathers, preventing him from flying properly.”

Nobody had any idea how the bird ended up covered in spice.

“Apart from the vibrant colour and pungent smell, he was healthy,” staff wrote.

All he needed was a bath.

It was a team effort to get this gull in the tub.

The bird, named Vinny after a Vindaloo curry, didn’t appreciate the effort at first, spending much of his time splashing about. But eventually, he did let staff scrub his feathers.

The clinic thanked the people who stopped to rescue Vinny.

“He is now looking much better and should be able to go for release very soon!” Tiggywinkles added. “As we say, we never know what will come through our doors next!” 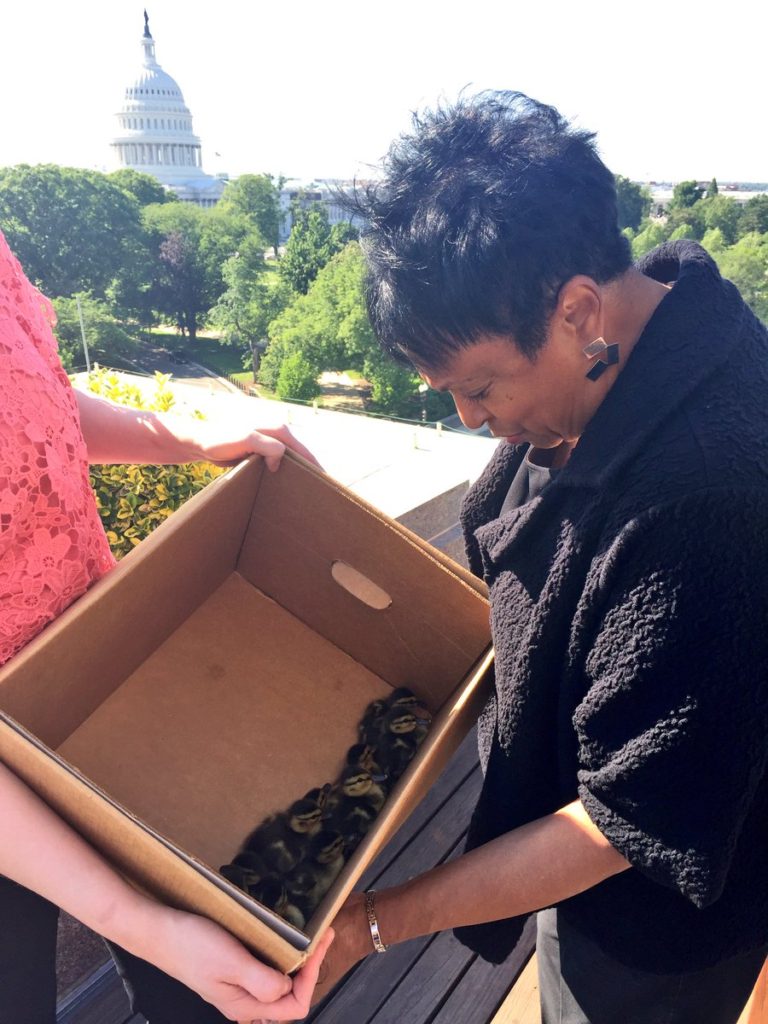