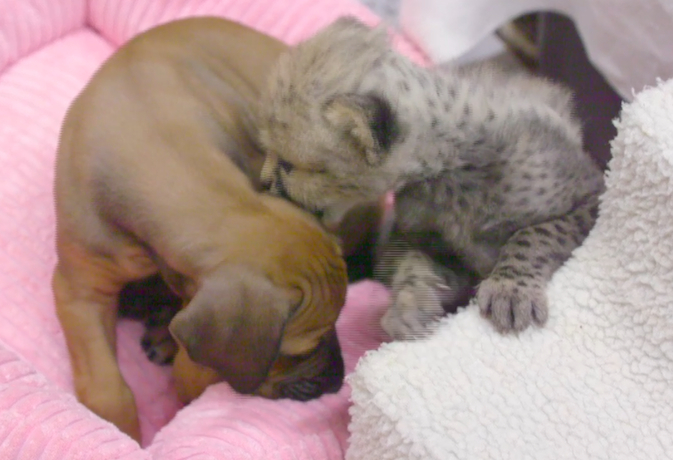 A 6-week-old cheetah, rejected by its mother, now has a new, perhaps unexpected buddy at the San Diego Zoo Safari Park. But a 7-week-old Rhodesian ridgeback puppy named Raina is quickly living up to the job of “lifelong companion” to Ruuxa, the future big cat.

Cheetahs usually have litters of three to five cubs. But this one was born a singleton and lone cubs are often rejected by their mothers since the odds of surviving in the wild would be slim, according to officials. This young cat was chosen to be raised as an “animal ambassador” by being paired early in life with a domestic dog.

“Because the cheetah was by himself and did not have any siblings we wanted him to have a companion immediately,” animal training manager Susie Ekard said in a statement. “They definitely like to play, and when they take naps together, they often will snuggle up together for that warmth and closeness.” 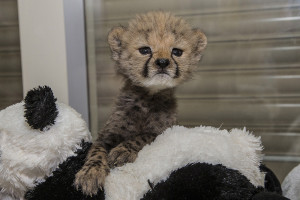 “The dog’s body language will communicate to the cheetah that there’s nothing to fear in new or public surroundings, which relaxes and calms the cheetah,” the facility added. 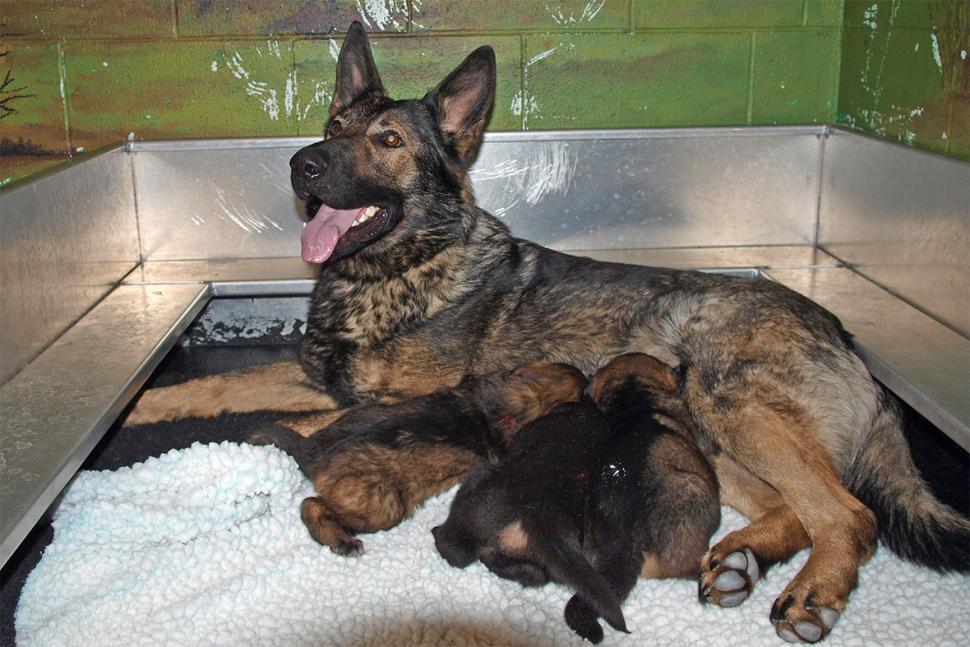 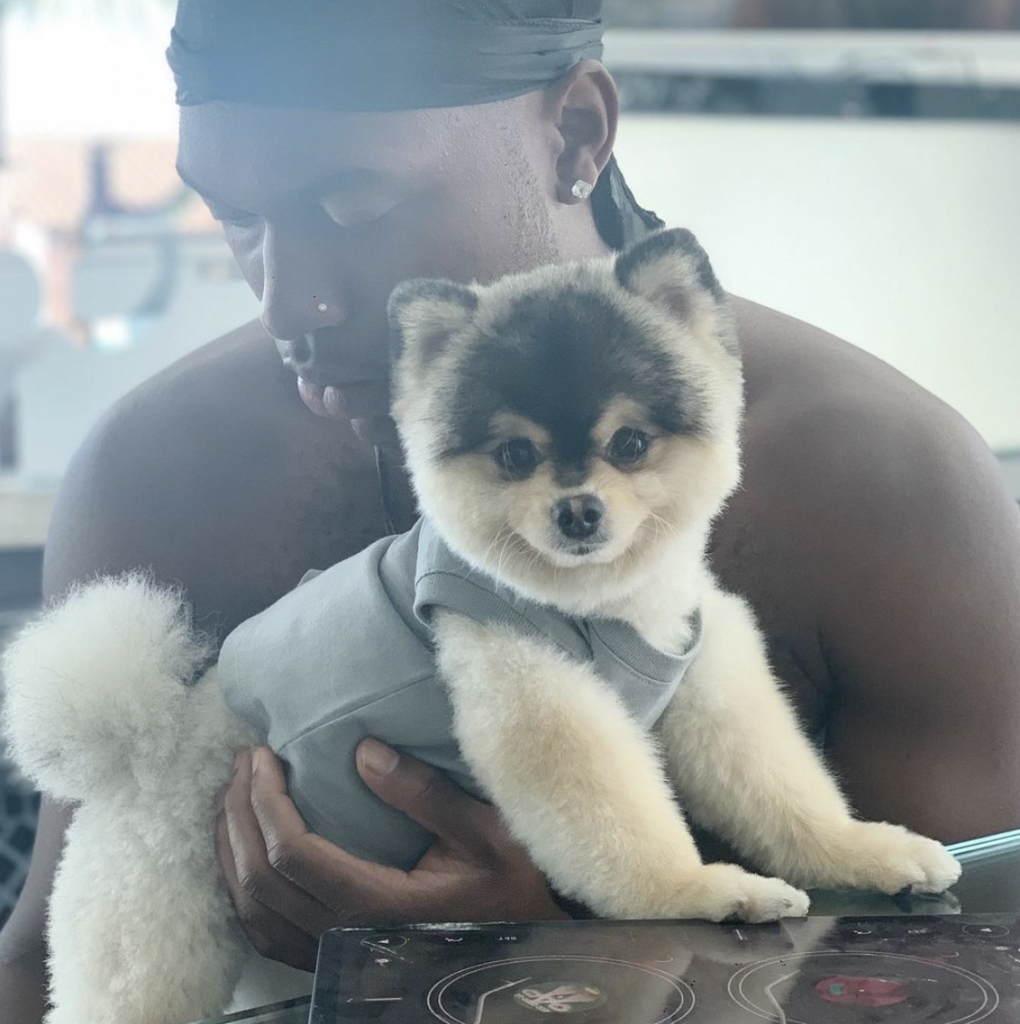 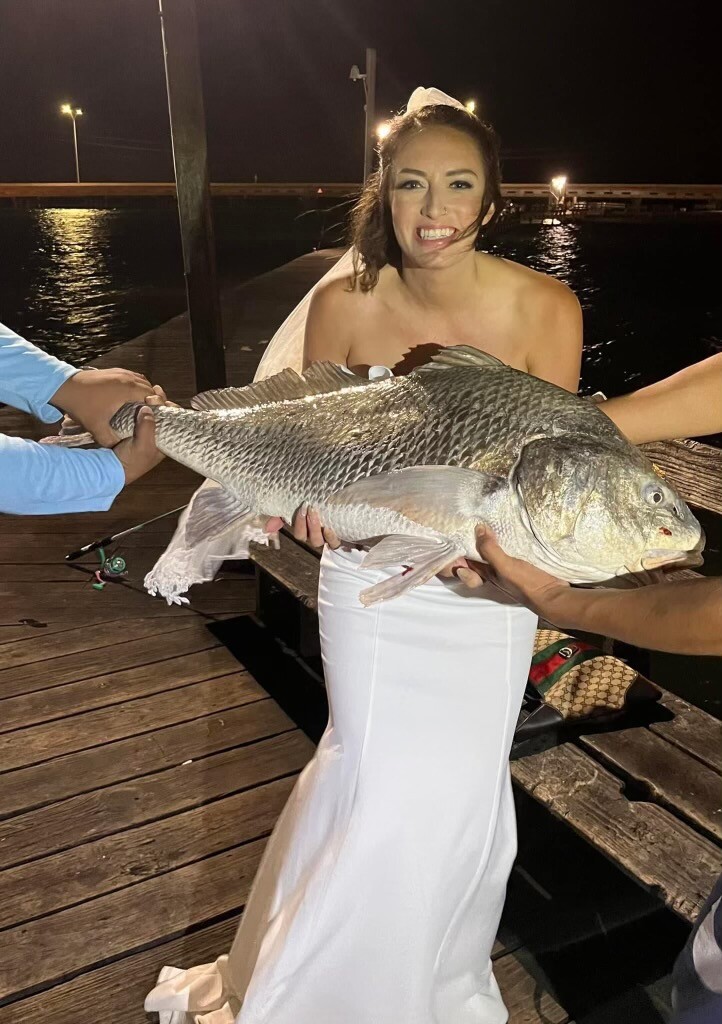