To commemorate Canadian Thanksgiving this weekend, or what is known simply as Thanksgiving in Canada, we have compiled a collection of critters playing with pumpkins. After all, ’tis the season for pumpkin pie, Jack-o’-lanterns and fun. 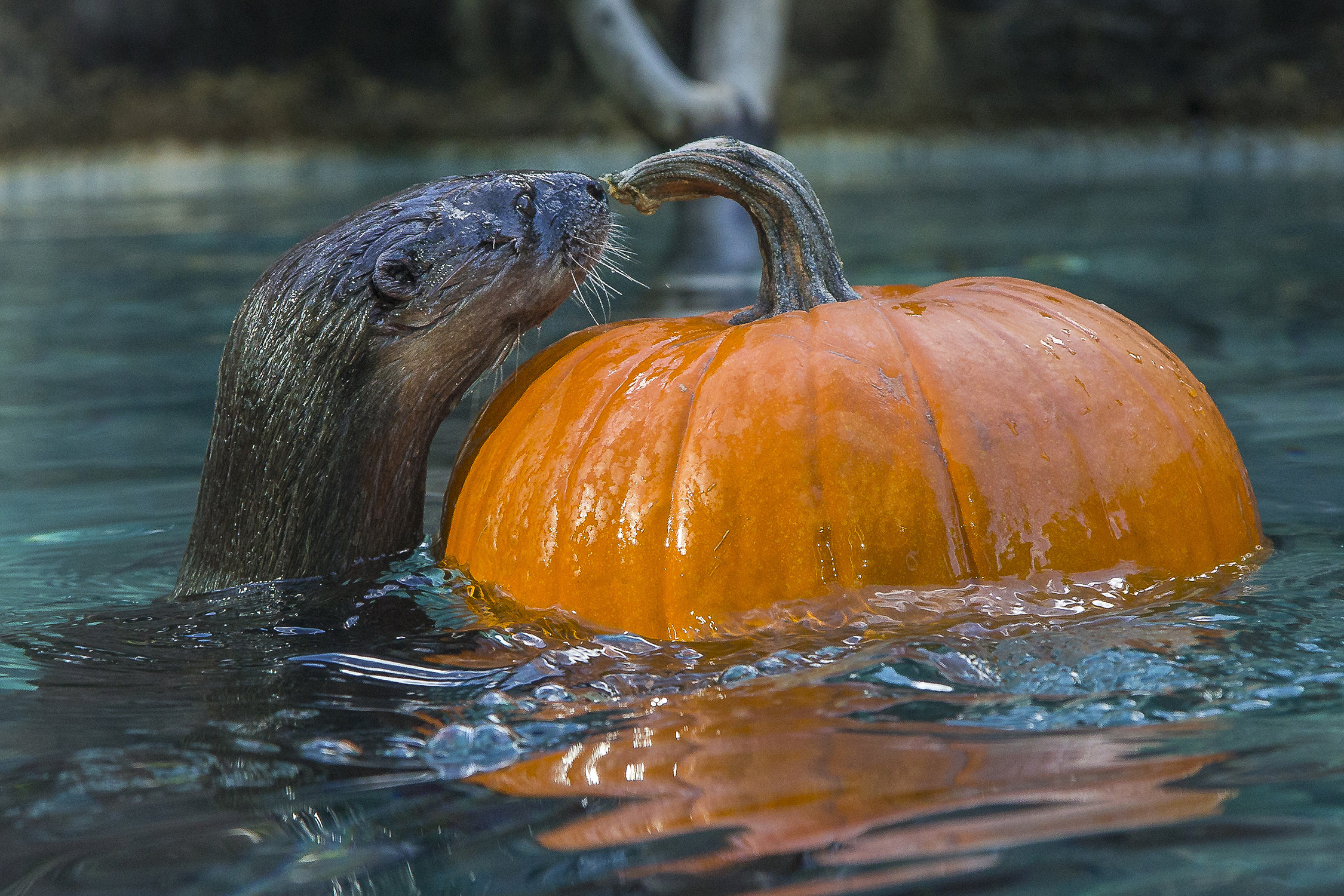 Some animals wanted to break open the pumpkins. The swamp monkeys even pushed them off ledges in attempt to crack them open. 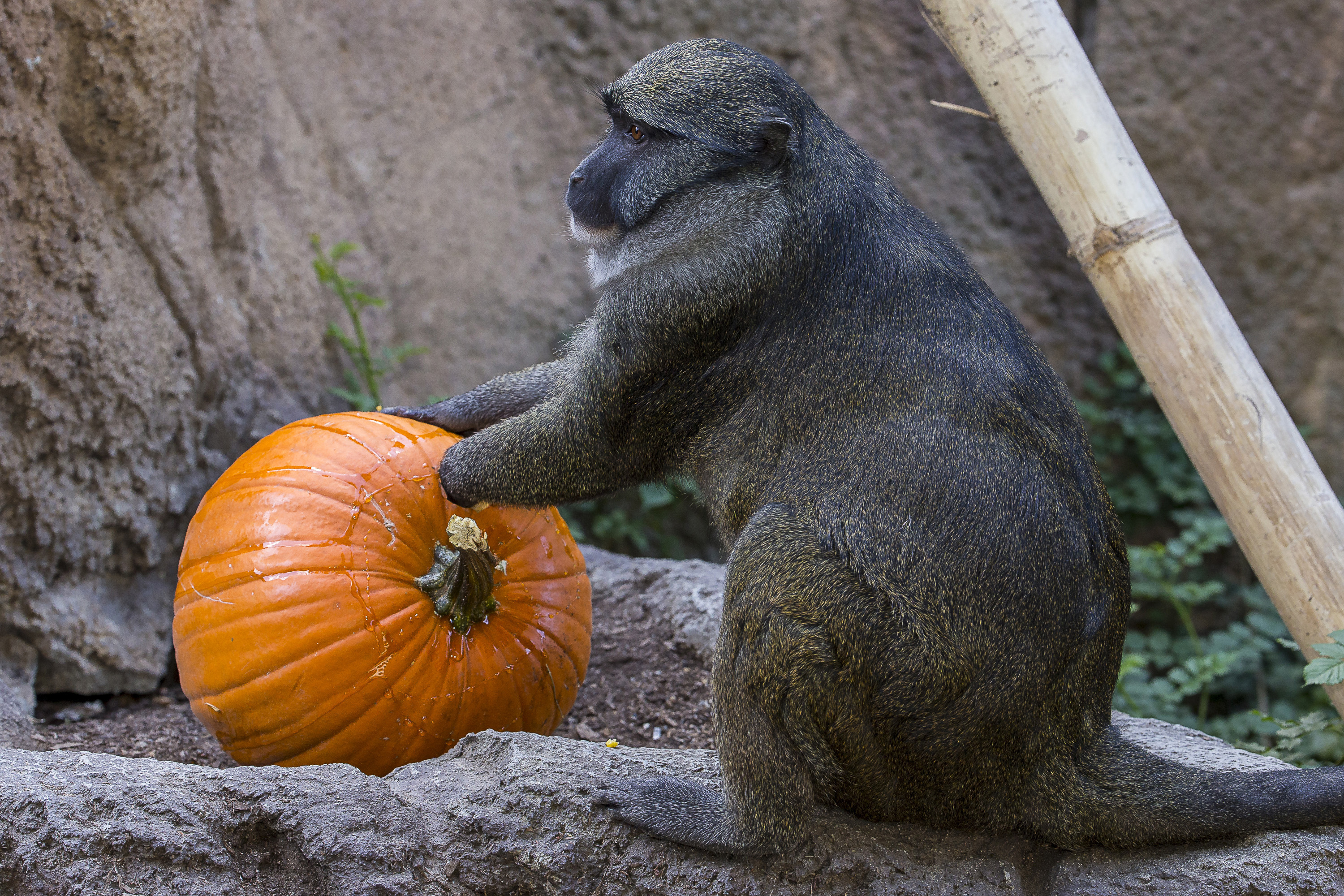 “Enrichment is really important to encourage species-specific behaviors,” San Diego zookeeper Leslie Steele said in a statement. “It’s great to give the animals something that’s out of the blue that’s a fun puzzle to figure out, and it’s fun for people to watch too.”

Big Cat Rescue, which is an accredited sanctuary in Tampa, is focused on caring for abused and abandoned big cats. About 100 such animals call it home, including Apollo and Zeus. The pair of Siberian lynx kicked off the holiday season by ripping into a pumpkin.

At the Toledo Zoo, Nov. 1 will kick off “Jumping Pumpkin” season when all sorts of critters get their chance to play with the enrichment objects.

The Woodland Park Zoo in Seattle offers a collection of free critter downloads with a decidedly Halloween theme. Check out the images from its Pumpkin Bash here. 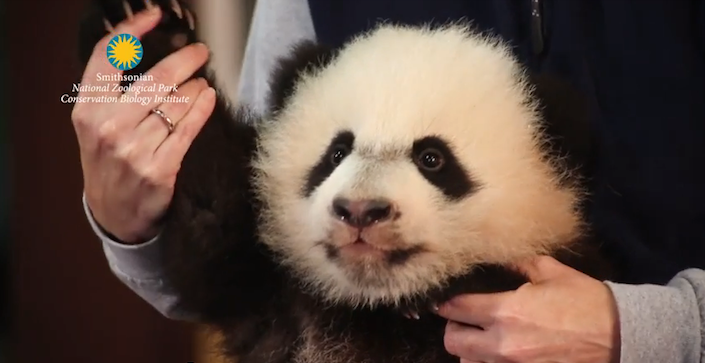 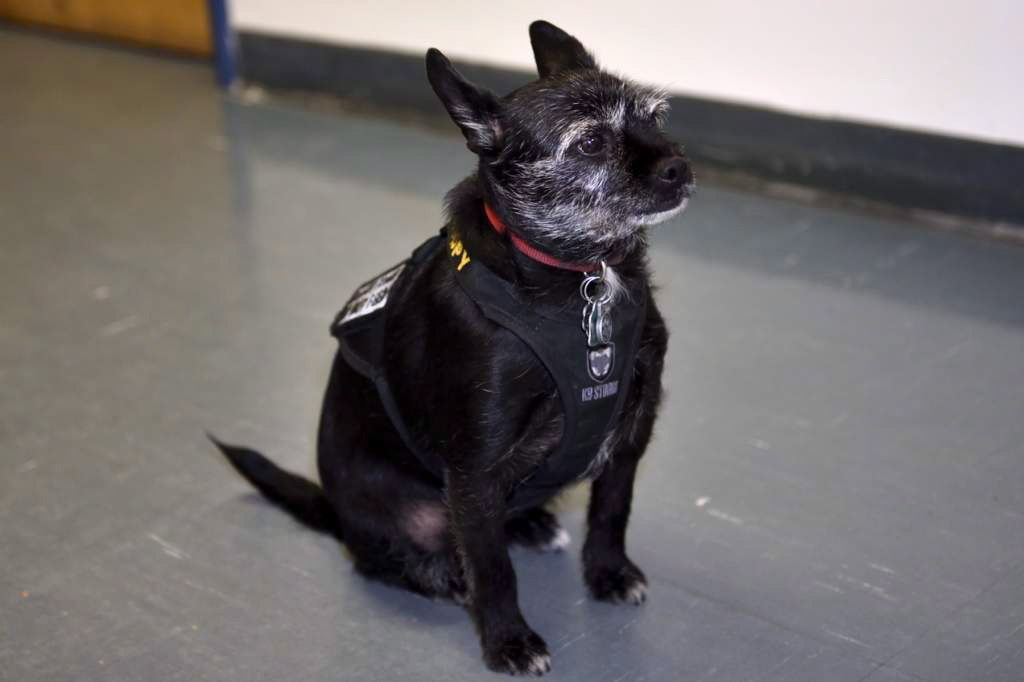