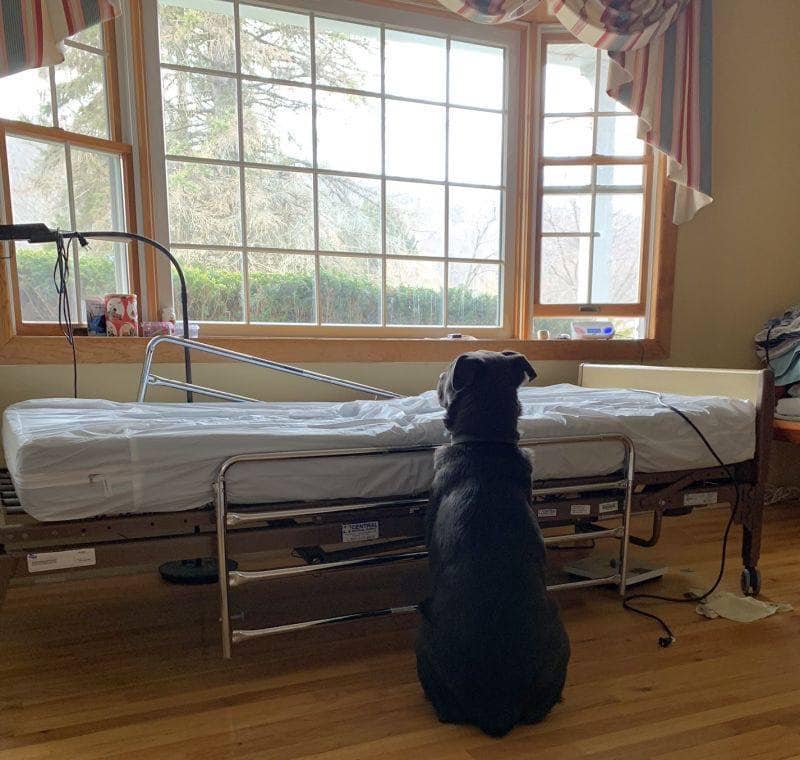 This photo will break your heart. But keep reading: there’s a happy ending for Moose, the dog.

Moose was a very good boy and waited patiently at the side of a hospital bed for his owner to return. What Moose didn’t know was his owner had passed away in the hospital.

Moose didn’t have a good life before meeting his owner. He was found tied to a railroad sign in front of an animal shelter in rural Georgia in August of 2017. Moose was at that shelter for many months and during that time he had no interest from adopters. This was very unfortunate for Moose. The longer a dog sits at a kill shelter, the closer they get to being euthanized due to overcrowding.

Luckily for Moose, a local shelter volunteer was determined to not let that be his fate. She reached out to one of Eleventh Hour Rescue’s partners in Georgia and asked for  help. Shortly thereafter, Moose was loaded onto a transport headed for Eleventh Hour Rescue which is located in  New Jersey.

Moose made lots of friends with the volunteers at Eleventh Hour.

We were won over by his happy personality and his love for life. We were all rooting for Moose to find his perfect home. And then one day, his “dad” discovered him and they fell in love. Moose finally had a loving home of his own. The future seemed pretty bright for Moose. But a year later tragedy struck and his dad passed away, leaving Moose in need of a home once again.

Eleventh Hour Rescue’s adoption policy is that if an adopter cannot keep one of our dogs for any reason, the dog must come back to us, and so Moose did just that.

After posting the photo of Moose, Eleventh Hour was inundated with requests to adopt him.

The 3-year-old Lab mix, adores kids, okay with dogs (pretty much neutral to them), but wasn’t meant for a home with cats or birds. But people, boy, does he love them! So much so that Moose would do best in a home where he isn’t left home alone all day long, he misses his people too much. ❤

The good news: Moose was adopted by a family and has new humans. 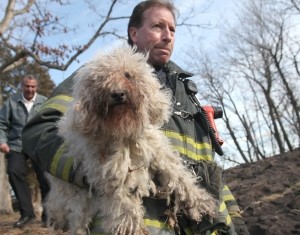 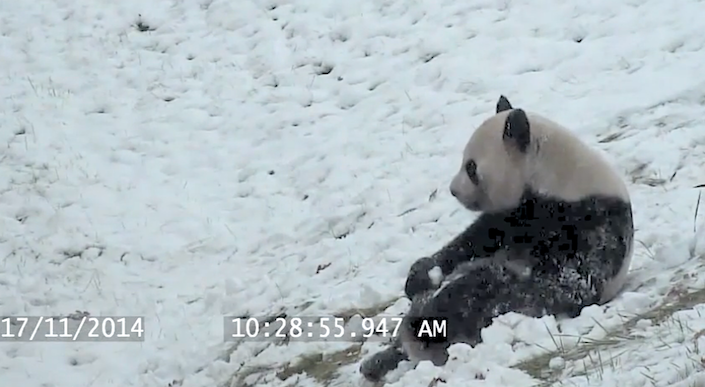