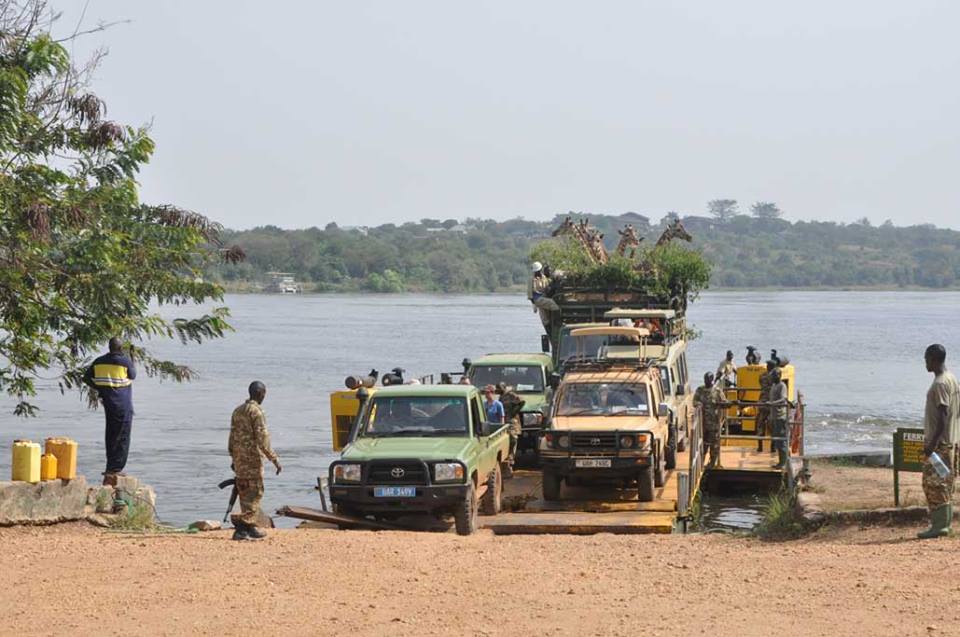 It’s not exactly Noah’s Ark, but it is an incredible journey over water – and land – for a group of giraffes in Uganda.

Operation Twiga is now underway to transfer for 20 Rothschild’s giraffes across the Nile.

The Uganda Wildlife Authority  is bringing the elegant, but endangered animals from the northern banks of Murchison Falls National Park to its southern banks. It’s part of a plan to establish a free-ranging herd in the region that will be good for species, the ecosystem and the local economy, according to officials.

There are perhaps 670 of the species left in the wild, according to official estimates.

“Twenty giraffes will be translocated from the northern banks in the park where oil exploration and other related activities are taking place to the southern bank where UWA consider being safer for the animals,” Nightingale Mirembe Ssenoga, the acting UWA Executive Director said in making the announcement earlier this month.

The Giraffe Conservation Foundation and Uganda Wildlife Education Center, or UWEC, also kicked in support and equipment to facilitate moving the unusual cargo. Another two giraffes will end up at UWEC in Entebbe, which will help the centre add an income sources, according to its executive director, James Musinguzi.

But before the first animal can be moved, it must be captured. The foundation posted a series of photos of the herding exercise, which took place last week.

As crews did their best to gently take down the animals eyed for relocation.

The animals were also fitted with GPS tracking devices to help follow their movements once they are relocated.

Meanwhile, Jossy Muhangi, he wildlife authority’s public relations manager, was also documenting the transfer of the first group of six giraffes over the weekend. He noted that a team of veterinarians and experts were on hand to ensure “optimum safety” for the giraffes.

“Fear of the unknown:No easy task herding giraffes into a truck from a Boma# Murchison Falls NP,” he wrote on Facebook.

Then they were loaded onto a truck.

And, made their way to a ferry crossing. 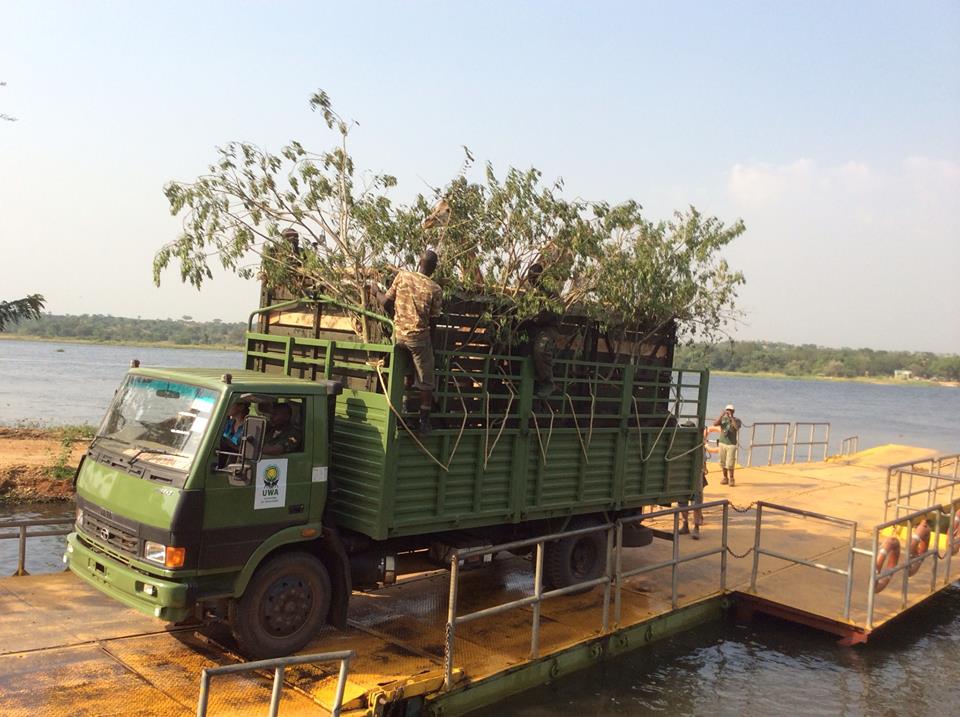 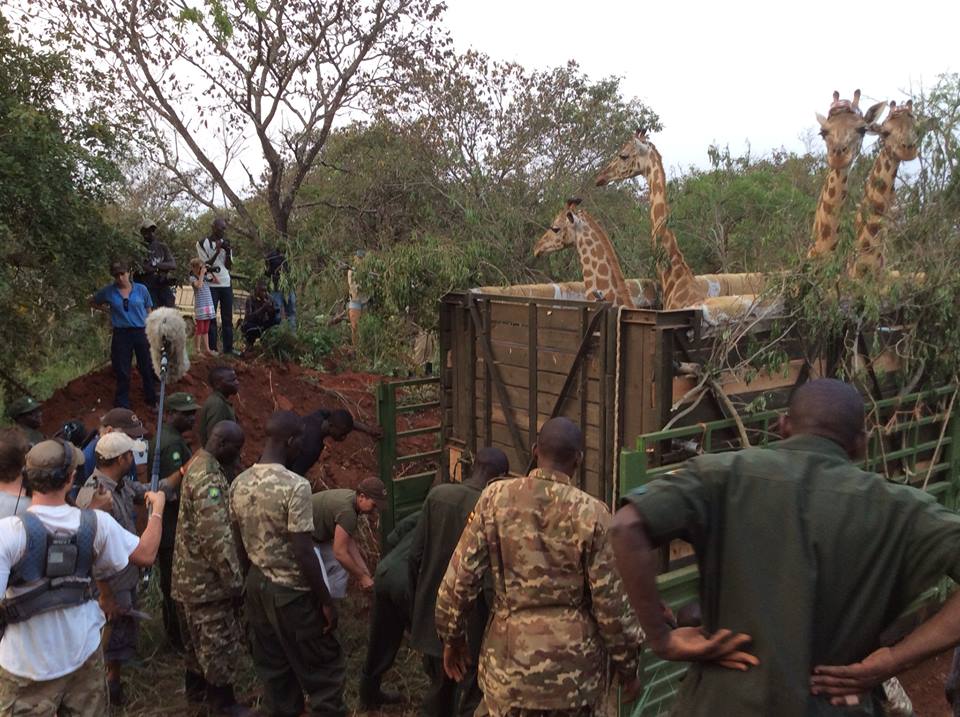 And in a blur, they were gone. Muhangi snapped a quick photo, noting:

“Free at last:giraffes take to the bush after a long slow journey across the Nile to South bank of Murchison Falls NP.” 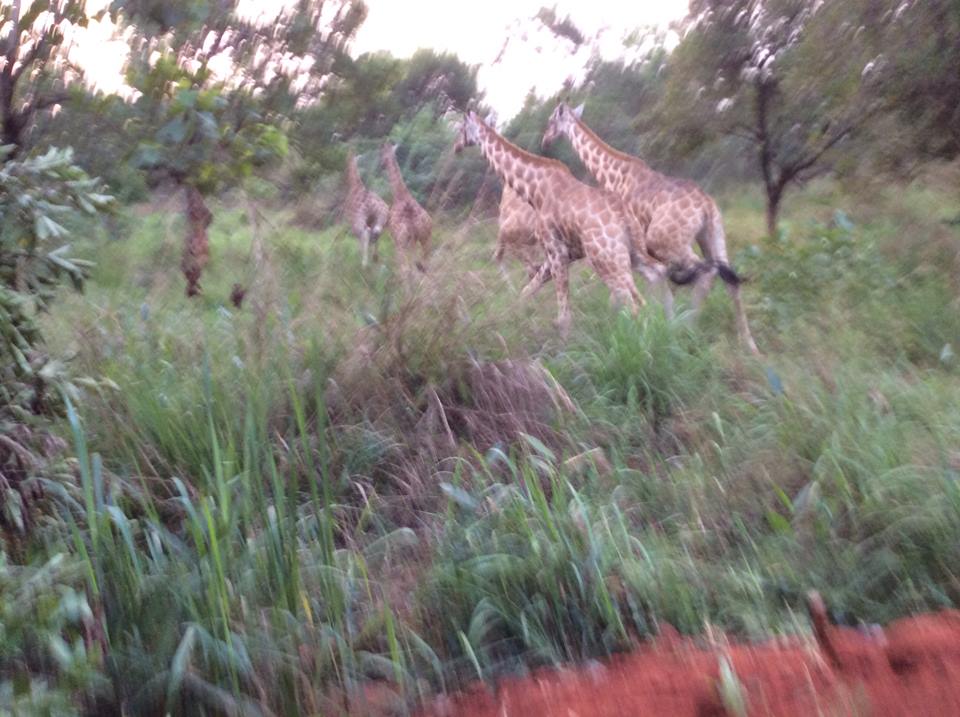 While translocation is one way to protect a species, Ssenoga said the wildlife authority is also drafting a a new National Giraffe conservation policy, which could mean more money and support for conservation of giraffes in the country.

The World Conservation Union has placed the animals on its Red List of the world’s most endangered species.

The final group of giraffes are released into their new surroundings to applause. 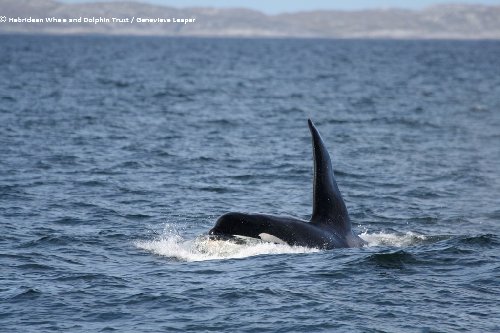 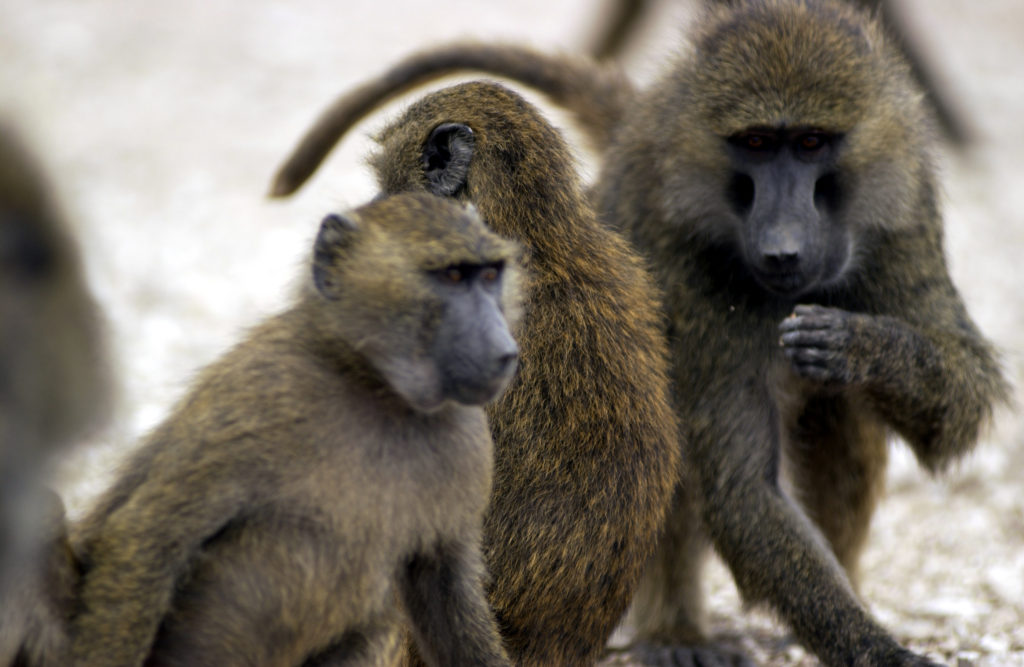 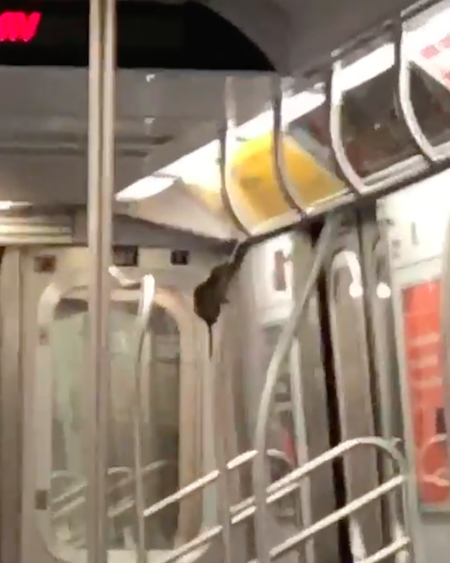