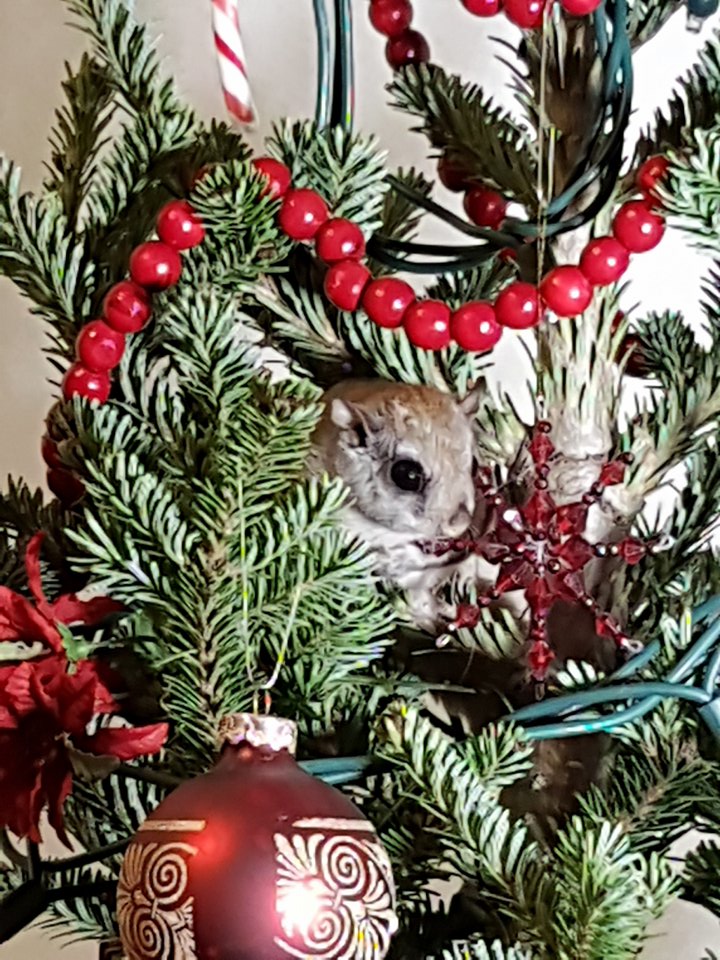 Tamara Stimpson has gotten used to the wild presents lovingly delivered by her two rescue cats.

“We constantly have live critters brought in through the cat flap,” the Uxbridge, Ontario woman explains. “Frogs, voles, mice, chipmunks and squirrels. Heck we even get the occasional butterfly and grasshopper too!”

She tells Critter Files, the kitties even started capturing flying squirrels, which happen to live in the forested area around her family’s home. They would sometimes drop off dead ones at their feet.

Then, the other day Stimpson was wrapping Christmas presents when her very wily grey tabby nabbed Penny “scooted” by and made the familiar muffled meow alerting her to a fresh gift dropped behind the Christmas tree.

(Lovely tree by the way.)

“That’s when I realized the flying squirrel was still alive!” Stimpson says.

Her son donned gloves, but the squirrel would just wriggle free and “dive back into the tree.”

“After at least 10 minutes, it popped up around the crown of the tree and we shone the flashlight directly on its face and it was either stunned or blinded,” she says. “That’s when I snapped the picture.”

Eventually, Stimpson’s son grabbed it and tossed it out to the door to freedom.

“Penny was really unimpressed with how we received her gift and just gave us disgusted glares for the rest of the evening,” Stimpson recalls.

She also snapped this photo of the conniving cat.

“The offender resting peacefully after the craziness she brought into our home,” she says now.

Lest we forget the infamous scene from the Griswold family Christmas. 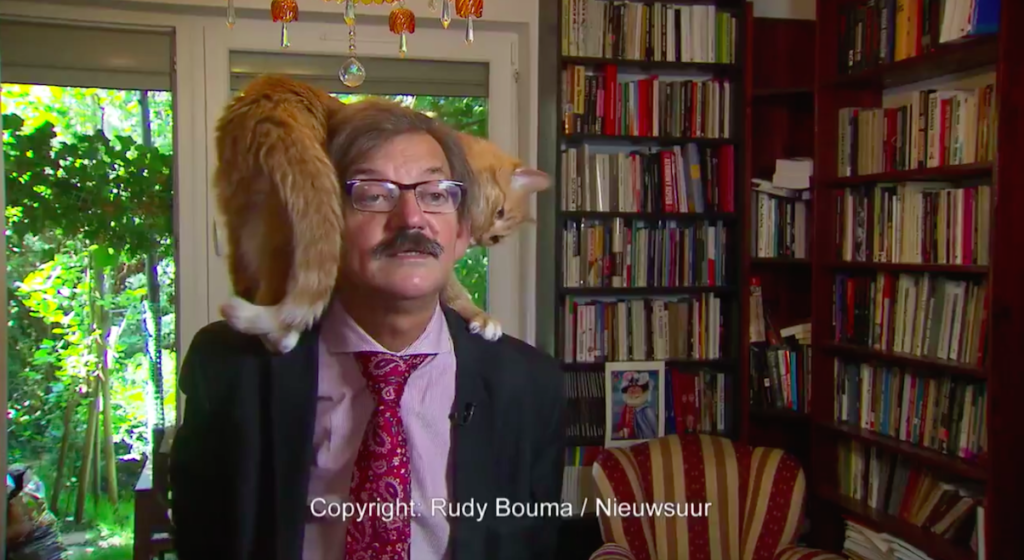 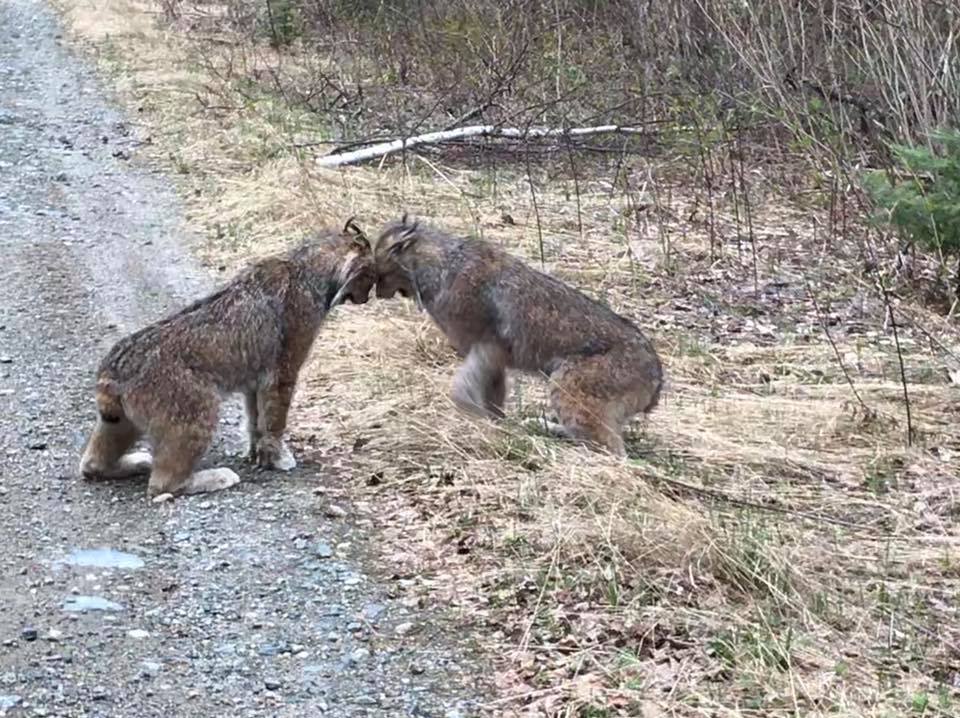