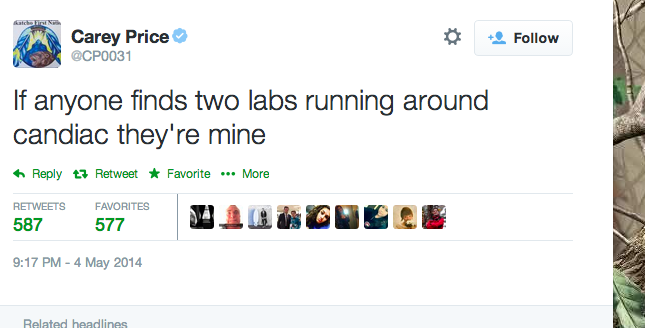 If anyone finds two labs running around Candiac, they’re mine, he tweeted.

He made an appeal to anyone in the area to keep an eye out for his labs, much beloved by the Montreal Canadiens’ goalie.l

Listening to a local sports-talk radio station was landscaper John Mastromonaco, a landscaper in the Montreal suburb of Candiac where Price lives.

As he was listening to the show host mention the tweet, Mastromonaco spotted two labs running without a leash with a jogger.

When he asked the jogger if the dogs were his, the jogger said no and Mastromonaco knew something was up.

The dogs had tags listing their names which were in English, a fact Mastromonaco thought was odd given the significant Francophone community in Candiac.

He also saw the tags had listed an area code which wasn’t local and realizing that Price is originally from B.C., Mastromonaco realized he had found the goalie’s missing dogs.

When he phoned the station, they patched him through to Price’s wife. Mastromonaco loaded the dogs in his truck and drove them back to Price’s house.

I rang the bell and Carey came out very happy that I’d found the dogs. He gave me a signed stick. I thanked him, wished him luck on Tuesday and that was it.”

The Canadiens are playing the Boston Bruins in Game 3 in the second round of the Stanley Cup playoffs tonight.

Price will be in goal with a lot less on his mind now that his dogs are home, which makes many Habs fans grateful to Mastromonaco.

Mastromonaco said he hopes anyone who hears the story will stop and help if they see a dog wandering, even if it isn’t a celebrity pet. 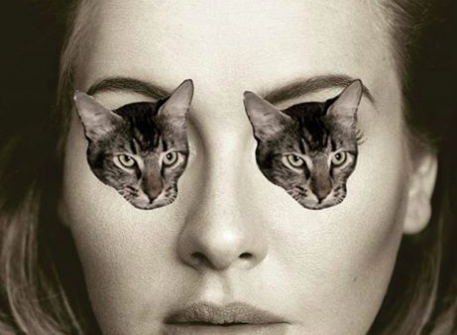 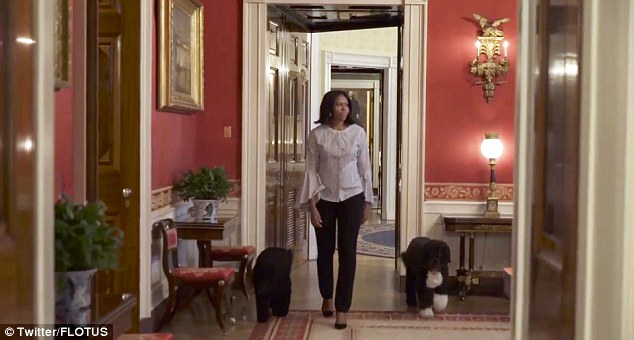