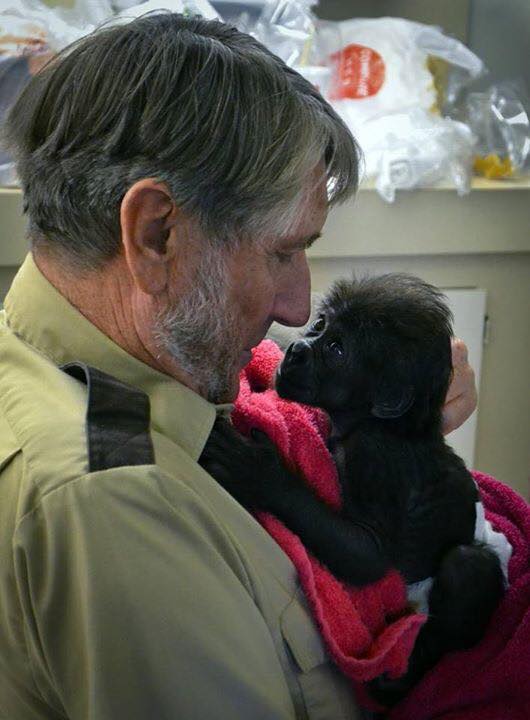 Jane Goodall and the zookeeper who was there at Harambe’s birth 17 years ago have talked about their reaction to the gorilla’s death after the Cincinatti Zoo was forced to shoot the silverback gorilla last weekend when a four-year-old boy made his way into Harambe’s enclosure.

In an email released by the Jane Goodall Institute, the world’s most famous primatologist said it appears to her that Harambe was protecting the boy and wondered how the other gorillas reacted to the death. 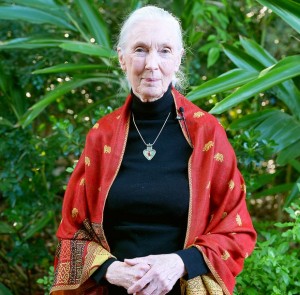 “I tried to see exactly what was happening—it looked as though the gorilla was putting an arm round the child—like the female who rescued and returned the child from the Chicago exhibit,” she wrote in an email made public by the Jane Goodall Institute made public.

The incident Goodall was referencing may have been associated with a story from 1996 when a female gorilla at  the Brookfield Zoo in Illinois in which a female gorilla carried a boy to safety after he fell into her pit.

“Anyway, whatever, it is a devastating loss to the zoo, and to the gorillas,” Goodall wrote.

Zookeeper Jerry Stones was so close to Harambe and the gorilla’s family that he cut the umbilical cord when the silverback was born more than 17 years ago.

He’s spent more time with the slain 17-year-old silverback gorilla than anyone else.

Harambe was transferred to the Cincinnati Zoo & Botanical Garden in the hopes of breeding gorillas to raise the population of the critically endangered species.

He was like one of my sons. He was beautiful and a true character — so mischievous and not aggressive. He would throw water on the female keepers before running back and hiding in the back of his exhibit like ‘Haha, I got you.’ He would take a keeper’s blanket and just run off. Very fun loving and so intelligent,” said the 74-year-old Stones in a media conference with reporters.

When he was very young, only 20 pounds, we’d take him to this grassy area with glass walls. He would climb the walls and try to escape, but the keepers would, of course, bring him down every time. Harambe was smart, he realized this was a game. If he climbed the wall and they didn’t rush over, he’d give them a look like ‘Come get me.’ Or, he’d clap his hands and fall backwards so they’d catch him,” he said of the 450-pound silverback.

One time, we gave Harambe a stick that was too long. He ate the leaves, ate the bark, and then climbed to the top of the exhibit and put out all the lights in the exhibit,” he said.

A memorial of flowers and other items has been set up at the Gorilla World exhbit ever since Harambe was shot and killed Saturday after a 4-year-old boy fell into a shallow moat surrounding the Cincinnati Zoo’s gorilla exhibit. 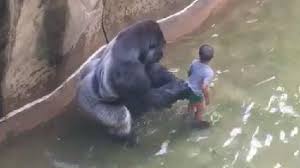 Thousands of people have signed a petition demanding that the parents of the little boy should be held accountable for the death of the gorilla. Zoo officials at the Cincinatti Zoo say they had no choice but to shoot Harambe after the boy climbed into the enclosure and the gorilla went to pick up the boy.

Stones says he remembered Harambe as peaceful and playful but reaffirmed that gorillas possess tremendous strength and can be very dangerous.

“I could go in the cage with him and he would not attack me, but he might accidently kill me just by playing,” said Stones.

Harambe was fatally shot after police say a 3-year-old boy fell into the moat surrounding his exhibit Saturday.

The boy who fell into the exhibit was taken to Cincinnati Children’s Hospital Medical Center for treatment and released hours after the incident.

The parents released a statement on Sunday that said the boy was “doing just fine.”

Stones said he didn’t want to engage in the speculation and finger pointing that has broken out on social media.

Ninety-nine percent of people, on both sides of the fence, pro or con, don’t have a clue what they’re talking about and I’m not going to comment on it. I wasn’t there and they weren’t either,” said Stones.

Stones said the conversation about the viability of zoos following Harambe’s death is misguided and defended the role that zoos play in informing the public.

“Zoos have a huge importance in getting children to love animals. They need to see them. They used to think gorillas were King Kong, but if you’re around them, you’ll see how beautiful they are,” he said. “A children’s zoo is so important. They touch the goat, donkey, they feel its warmth, the odor. They can finally tie that feeling to the bigger animals. If they never see anything other than a picture, they won’t understand the importance.”

Stones is starting the Harambe Fund, a crowdfunding campaign that will help wild gorillas.

He explained that “Harambe” is a Swahili word. It’s a rallying cry that means “Pull together.” He said he hopes Hamambe’s legacy will reflect his namesake, bringing people together to protect gorillas everywhere.

The money from the fundraiser will go to the Mbeli Bai Study, which researches and protects the environment of lowland gorillas in the northwestern Congo basin. Stones said gorillas in that area face threats from heavy poaching and a shrinking environment.

To kickstart the fund, Stones handed a $1,000 check to Cynthia Galvan, the director of marketing at the Gladys Porter Zoo.

“So that everybody thinks I’m not just out here with my hand out … I want people to match this. Triple it. Hell, quadruple it,” Stones said. 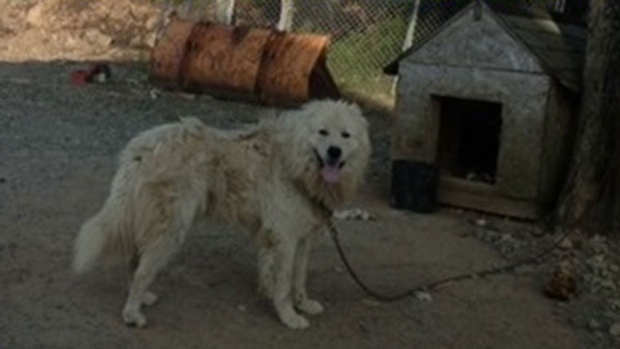 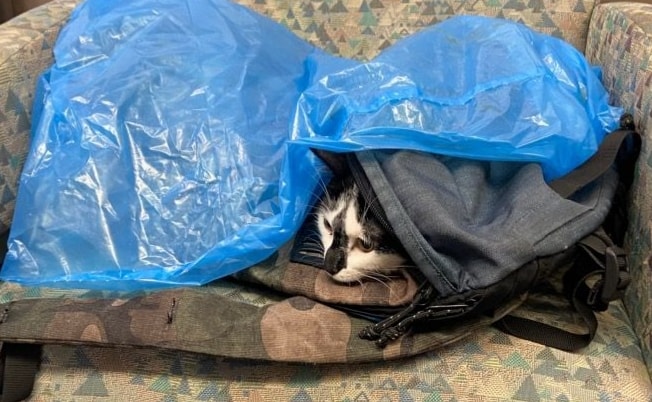