Hawk the black lab is a trained police service dog but he’s now been called into duty for more pressing work.

For the first time in Canada, a police service dog has been used in a court case and it’s a particularly sad one.

Hawk is by the side of a seven-year-old girl who is testifying in court in a sexual assault case. The girl is the victim, the man who has been charged in the case is her father.

It’s a incredibly traumatic experience for the young witness. But by her side for her entire testimony has been Hawk, a trained member of the police service with his own rank and badge.

The girl’s testimony took place in a separate room but is being video broadcast in the courtroom. The girl cannot be identified and her face was blanked out in pictures but Hawk’s visible presence was right beside her in close petting proximity.

A number of times during her testimony, the girl patted Hawk reassuringly. He stayed calm and steady by her side.

He’s trained to be a trauma dog, especially for young people who have witnessed or been victims of crime. The girl has had some previous interactions with Hawk to get to know him.

Hawk’s handler Sgt. Brent Hutt says the dog knows who needs his help. In an interview with CBC, Hutt says people who need Hawk the most are the ones he heads straight towards.

It is amazing the intuition that they have, truly…I’ve seen him walk into a room, bypass people that he knows … and go to the victim and curl up with [them]. It blows people away.”

Calgary police chief Rick Hanson said in introducing Hawk to the public last year that for many young victims, the trauma they go through is so severe that it’s hard for them to connect with anyone.

The one thing that does connect for them is a therapy dog.” 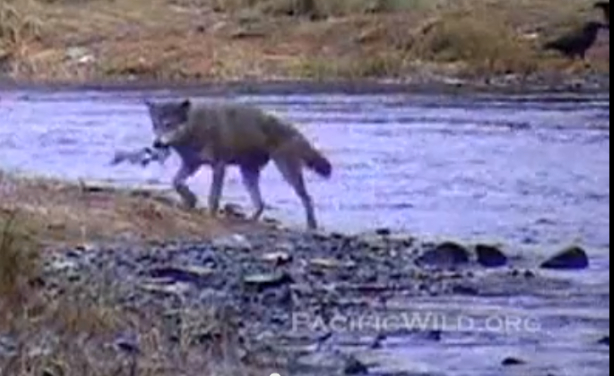