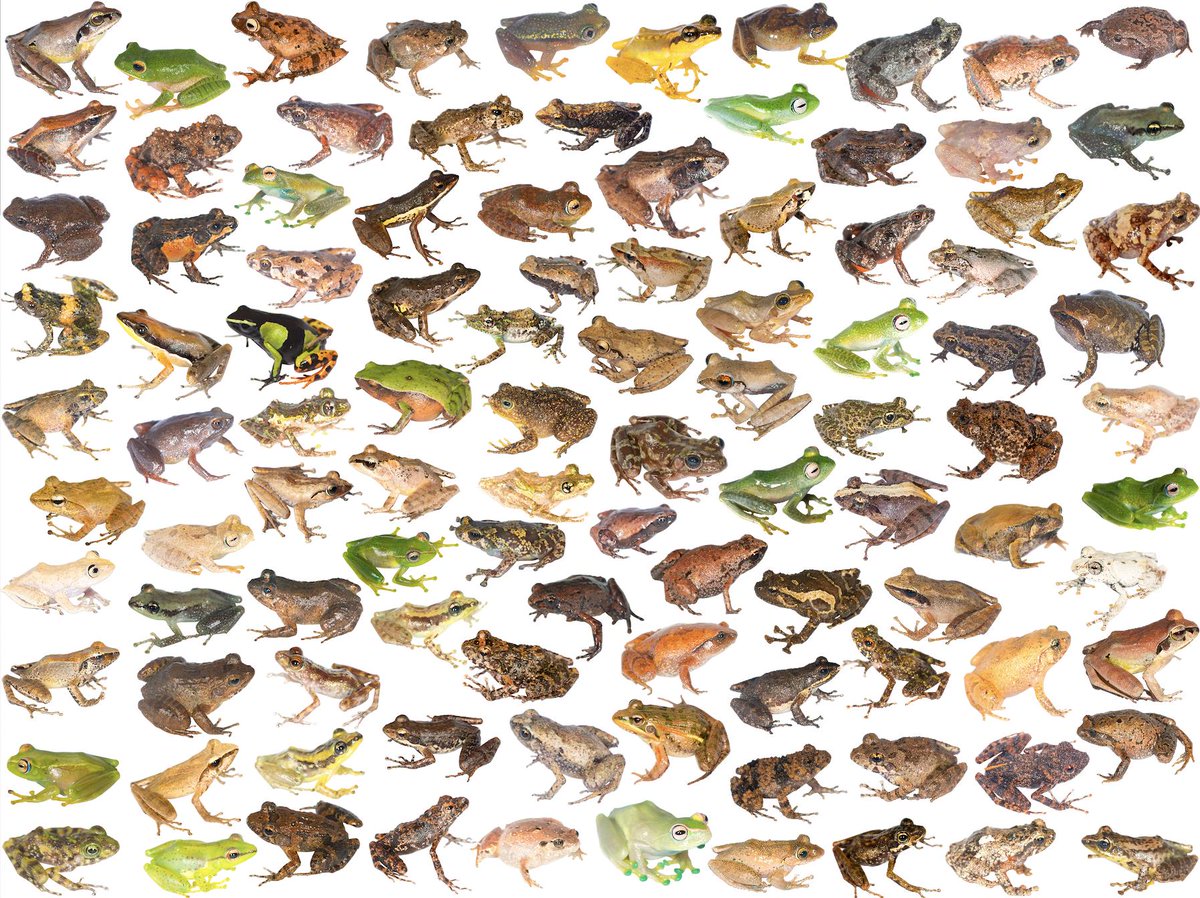 Madagascar really is the frog capital of the world.

“It has more than 350 frog species, giving it possibly the highest frog diversity per square kilometre of any country in the world,” explains evolutionary biologist Mark Scherz.“And many of these frogs are very small.”

Like this Mini mum, which sits easily on a thumbnail.

Scherz, the Munich-based herpetologist, has been dazzling people with more than those miniature frogs.

He posted an image of more than 100 frogs that call Madagascar home.

And half of those haven’t been properly identified by science.

Hi yes hello here are 106 species of frogs from Madagascar that I’ve photographed in the last six years. I made this slide for my PhD defence to try to illustrate just how incredible the diversity of Madagascar’s frogs really is. pic.twitter.com/S8LKSq43HS

To give people an idea of how few frogs are unnamed and not fully understood, Scherz did this.

to give an idea of how much work there still is to do, I have greyed out the species that are already described. Some of the ones left we are not 100% sure are new or not, and I also discovered that two species are accidentally duplicated, so sorry about that. pic.twitter.com/QGoJk4hYvf

Frog aficionados around the world were captivated by the variety.

Many were left essentially choosing their spirit animals.

Blue toe pads are like wearing bell sleeves in 2019. But some stubble behind the eye blue? This fashion forward risk taker is ready to be photographed for Vogue. @Sephora I hope you have enough of this blue shade available for the oncoming stampede. pic.twitter.com/TMg6V9NGja

This one is #Awesome pic.twitter.com/6DzBp1YYys

I’m the globby buddy in the top right corner

This guy looks like he borrowed someone else’s pants. pic.twitter.com/blYUhZPn3g

Yes, this one: Mantella madagascariensis. pic.twitter.com/S1hDfHelsd

Now Hersch is hoping the hop in interest will translate into action to help conserve the natural habitats of the country.

Deforesting is destroying habitats. Overhunting is taxing on various species. So is the illegal wildlife trade.

Okay so I did not expect so many people to like this thread, so while you’re here:
1. Sign this petition to the government of Madagascar: https://t.co/HxADafRpYo
2. Subscribe to my podcast with @SerpenIllus and @Blackmudpuppy: @SquaMatesPod https://t.co/LPl1MYLmy8

“Madagascar’s forests are dwindling at an astounding rate,” Scherz writes. “It is one of the poorest countries, and with growing populations, the forests bear the brunt of human needs. Conservation work in the country is intensifying, but there is still a long way to go before we can consider species like Mini mum and Mini scule safe for the foreseeable future.”