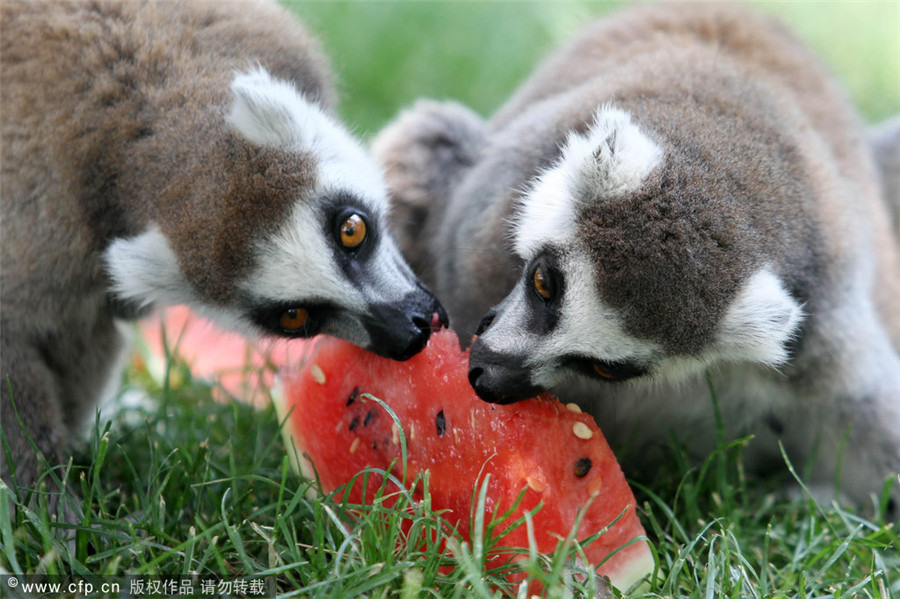 It’s sweltering in many places around the world. In Canada, there has been deaths and as Critterfiles reported earlier, dogs are being pulled from cars that heat up so quickly they could animals could die in minutes.

Zoos have to figure out how to keep animals from overheating when air conditioning and indoor shelter is impossible.

Ice treats are the way to go, whether it’s sugar free lollies at the London Zoo, or frozen fruit in Bangkok or tossing watermelons into water, zoos know keeping critters hydrated is vital. Some animals even get snow machines to cool them down.

At the London Zoo, they made special batches of sugar-free ice lollies for the animals.

As the weather starts getting hotter a lot of our animals struggle to maintain their body temperature,” zoo keeper Jacob Winfield told Reuters. “Animals like our gorillas need to stay fairly cool in the summer so we like to give them ice lollies.”

In Bangkok, they freeze fruit for monkeys and other animals in zoos.

Across the U.S., some places on the east coast are hitting temperatures of nearly 105 degrees F (40 degrees celsius)

At ZooAmerica in Dauphin County, PA, animals get buckets of ice.

Dale Snyder, who is a general curator at the zoo, says each exhibit are filled with places where animals can stay cool. Porcupines, for example, find wet spots and lay on it.

Sometimes to make it entertaining for the animals, staff at the zoo hide food in the ice.

On extremely hot days, some animals like the black bear get a specially delivered frozen meal.

“This time of year we have a lot of seasonal fruit so they get a lot of watermelons and melons,” said Snyder.

“Some days we may throw a whole watermelon in their pool and they’ll have to swim out and retrieve that so they get cool swimming out and it’s just fun for our guests to watch them interacting,” he added.

The staff is also trained to check on the condition of each animal throughout the day.

ZooAmerica also uniquely designs each space to assure every animal is not only safe but comfortable, too.

“They’re somewhat prone to pneumonia and things like that so they have sort of a straight run and then they have to make a turn so they have a place where they can shake off all the water before they get into their den,” said Snyder.

But in the ‘Southern Swamps’ building, they don’t have much to worry about when the temperatures rise, because most of the animals there thrive in the heat.

“Sometimes we’ll turn the heat lamps off half a day early if it gets really hot but everything else just goes on as normal,” said Pat McCann, Naturalist at ZooAmerica.

“They’re under them now, they love it hot, it keeps everything working inside of them,” he added.

Moscow’s city zoo feed its animals specially made ice cream to help them cool off in the summer heat wave.

The Russian capital is experiencing a welcome stretch of sunny weather a few weeks ago.

In a bid to protect the city’s zoo animals, workers are also employing special measures to keep the animals from overheating, said Magomed Saraliev, head of the zoo’s press department.

“The enclosures of all the inhabitants of the zoo have been equipped with special shelters, where even in the heat, it is cool and shady,” Saraliev told state news agency RIA Novosti. Different arrangements have been made for the zoo’s “northern inhabitants,” according to Saraliev, who said animals such as polar bears have a snow-making machine where they can feel comfortable even in high temperatures. 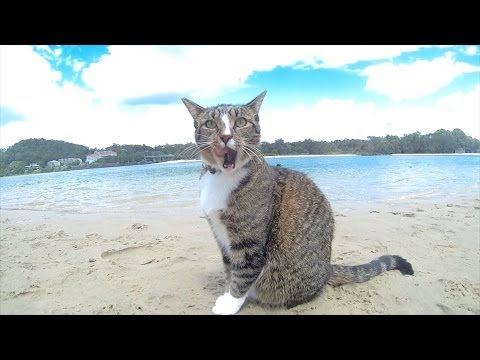 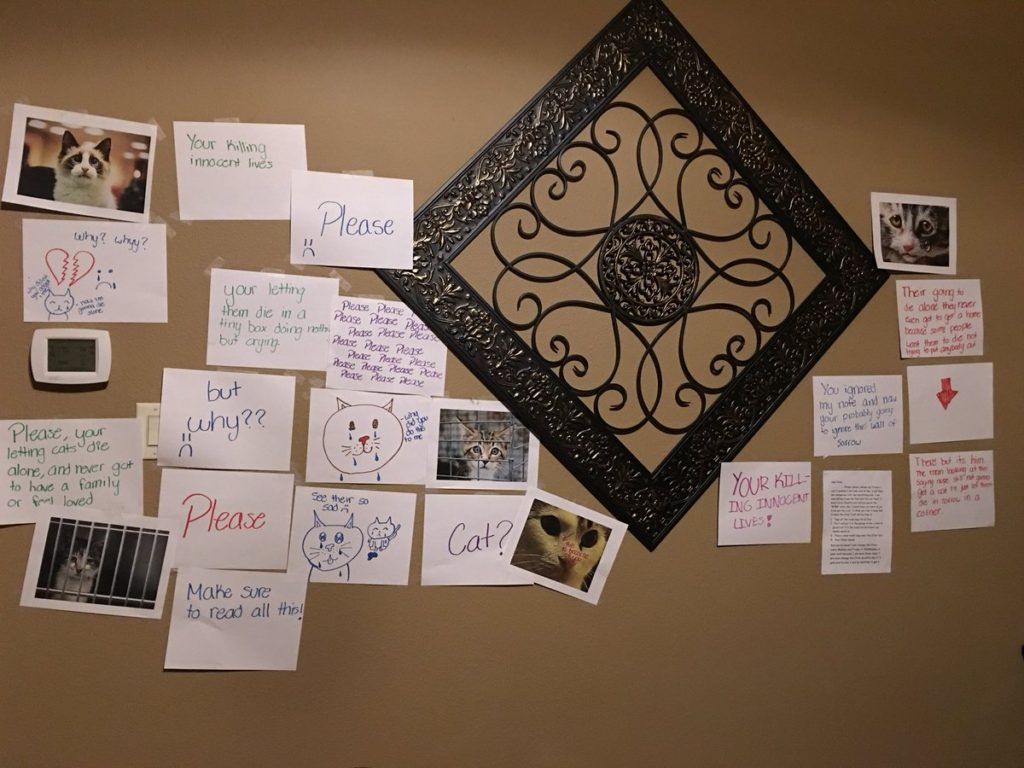 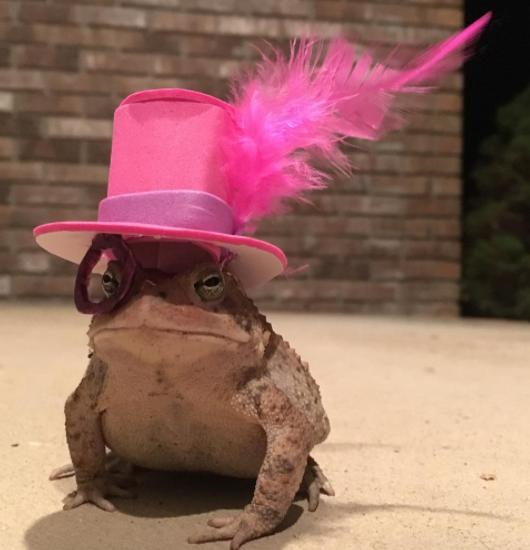