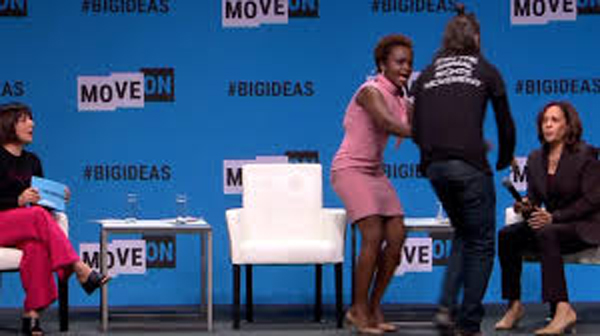 An animal rights activist disrupted a forum in San Francisco where Democratic presidential hopeful Kamala Harris was addressing the crowd.

Aidan Cook, with the group Direct Action Everywhere, was removed by security after he went on stage and took the mic during the MoveOn’s Big Ideas Forum in San Francisco.

Harris is a senator from California and former prosecutor.

The activists say the candidates’ continued support of animal agriculture — despite increasing evidence of the public health threats, environmental damage, and animal cruelty in the industry — goes against their stated values. For example, the 2018 Farm Bill, which received near-unanimous Democratic Party support (including democratic presidential hopefuls Bernie Sanders, Cory Booker, and Elizabeth Warren), approved over $100 billion in corporate subsidies and rejected activist requests to prevent handouts to millionaires and billionaires.

Direct Action also targeted frontrunner Warren for co-sponsor on the proposed Dairy PRIDE Act, which would prohibit plant-based milk alternatives, such as soy milk or almond milk, from using the word “milk” in their labeling and Sanders for his history of protecting the dairy industry, including advocating for subsidies for corporate farms. 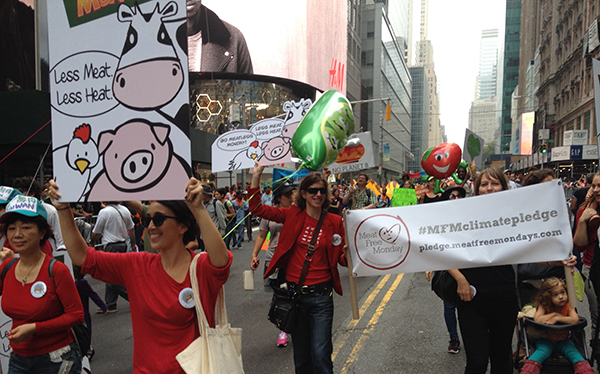 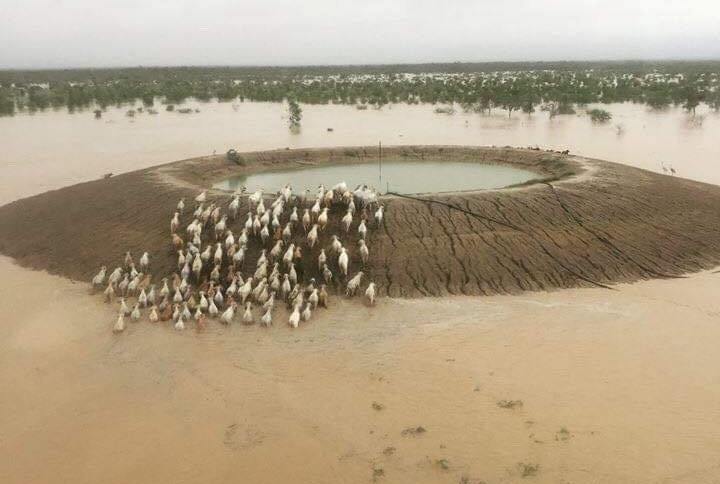