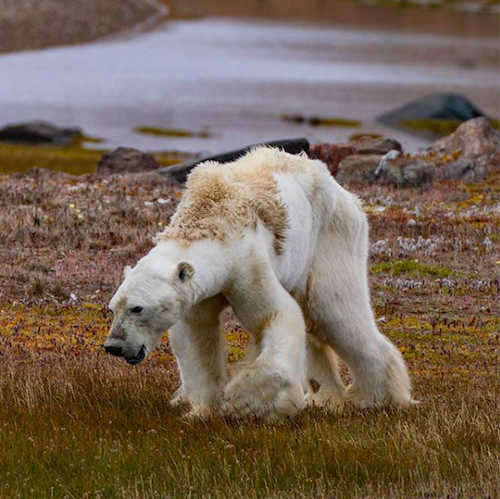 Increasing surface temperatures, Arctic sea-ice loss, and other evidence of anthropogenic global warming (AGW) are acknowledged by every major scientific organization in the world, but on the blogospheres, climate change deniers are still able to thrive.

In a new study out by respected academic journal BioSciences,  researchers from the Netherlands Institute of Ecology looked at how , in Wageningen studied how media outlets are using polar bears, which have become a “poster species” for climate change, making them a target of those who deny that the earth is getting warmer.

According to the researchers, some media outlets consistently misrepresent fundamental understanding of AGW, perhaps partially because framing AGW as a “scientific controversy,” with “opinions on both sides,” may be more profitable than differentiating unsubstantiated opinions of climate-change deniers from the broad and evidence-based “scientific consensus.” Even mainstream media outlets are sometimes fearful of writing and reporting too much on the topic, says the paper, because of fear of backlash from major advertisers.

Internet blogs have strongly contributed to this consensus gap by fomenting misunderstandings of AGW causes and consequences.

The researchers found that blogs that deny or downplay AGW disregard the overwhelming scientific evidence of Arctic sea-ice loss and polar bear vulnerability.

By denying the impacts of AGW on polar bears, bloggers aim to cast doubt on other established ecological consequences of AGW, aggravating the consensus gap.

We found a clear separation between the 45 science-based blogs and the 45 science-denier blogs. The two groups took diametrically opposite positions on the “scientific uncertainty” frame—specifically regarding the threats posed by AGW to polar bears and their Arctic-ice habitat. Scientific blogs provided convincing evidence that AGW poses a threat to both, whereas most denier blogs did not (figure 1).

Science-based blogs overwhelmingly used the frame of established scientific certainties and supported arguments with the published literature affirming that warming is rapidly reducing seasonal Arctic sea-ice extent and threatening the mid- to longer-term survival of polar bears, whereas those written by deniers did not (figure 2). Science-denier blogs instead focused on the remaining uncertainties regarding the effects of AGW on Arctic ice extent, suggesting that those uncertainties cast doubt on the present and future demographic trends of polar bears. 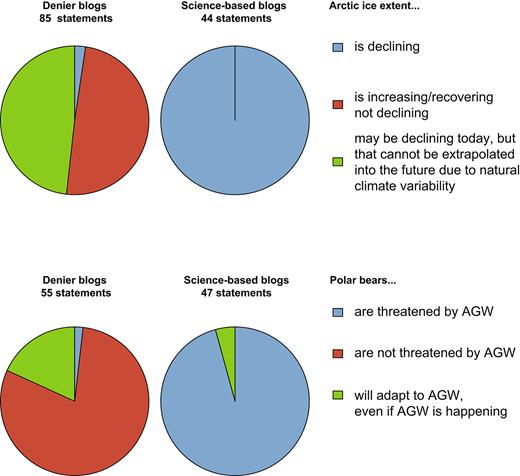 The researchers wrote that to counter misinformation and reduce this gap, scientists should directly engage the public in the media and blogosphere.

Since 1964, BioScience has presented readers with timely and authoritative overviews of current research in biology, accompanied by essays and discussion sections on education, public policy, history, and the conceptual underpinnings of the biological sciences. The journal is peer-reviewed and heavily-cited. 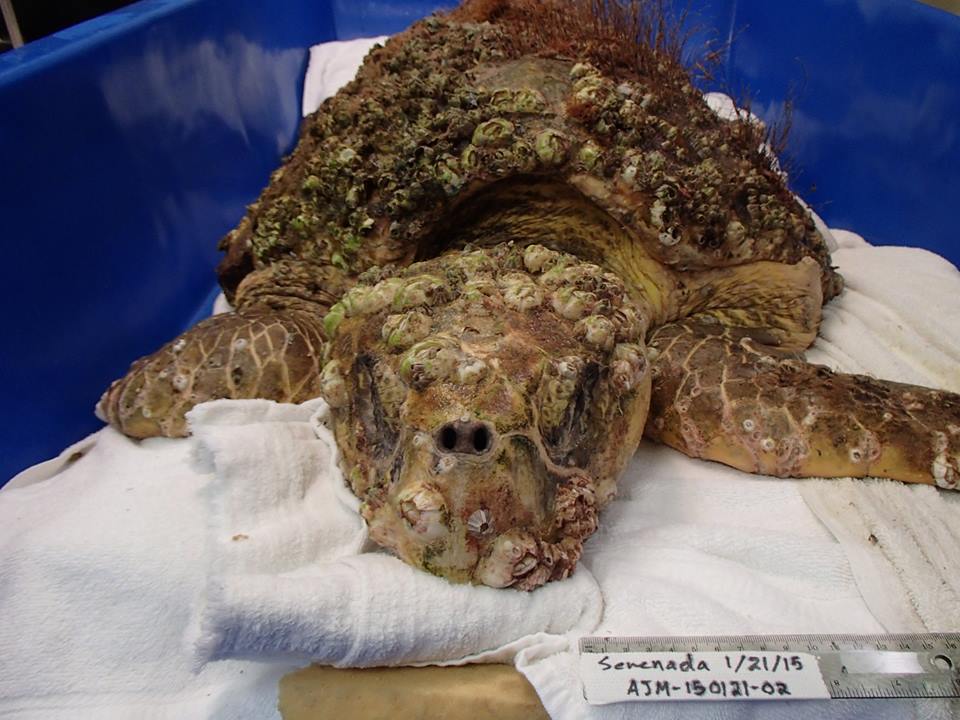 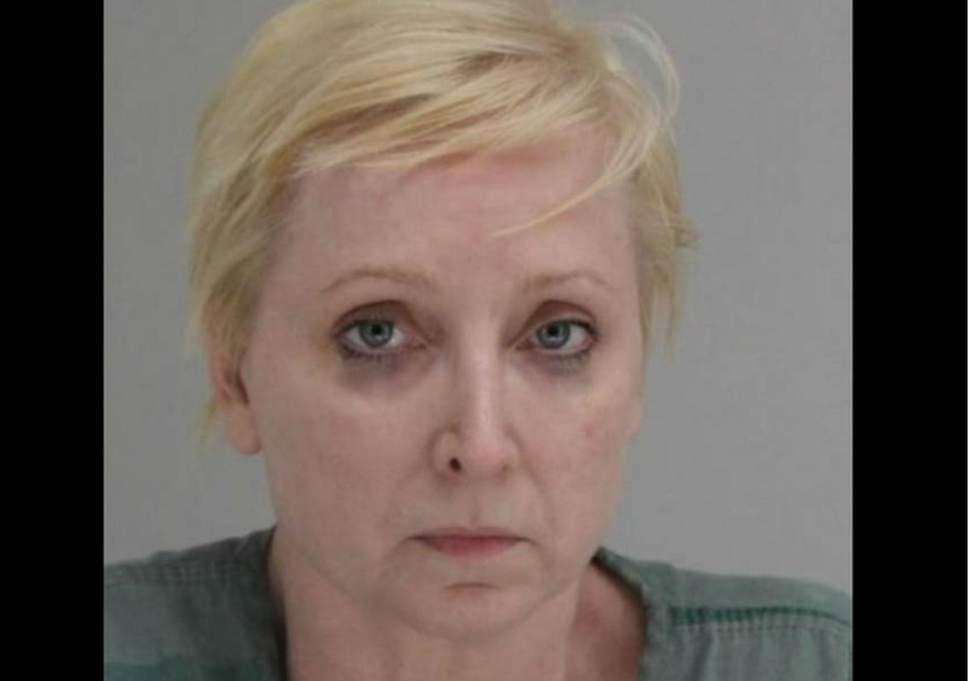