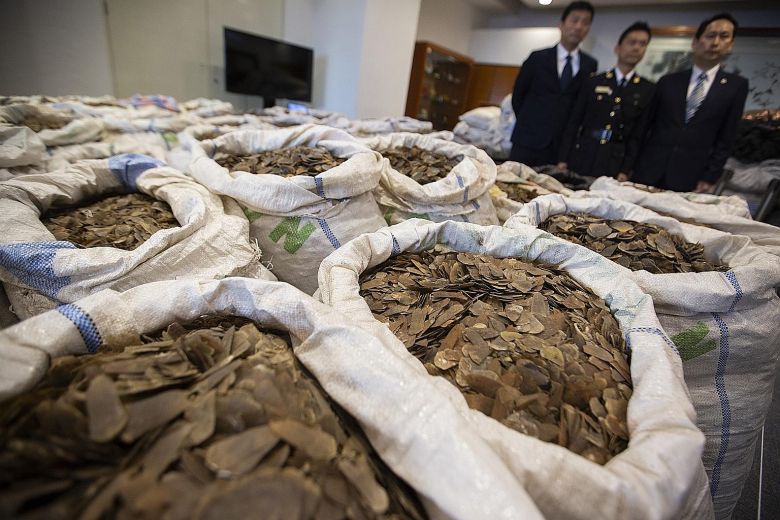 Customs officers in Hong Kong seized a record amount of pangolin scales and elephant tusks after receiving a tip that a container labeled frozen meat from Nigeria were really parts from the endangered species heading for the underground market.

Hong Kong customs intercepted the record 8.3 tons of pangolin scales and hundreds of elephant tusks worth nearly $10 US million combined after a tip from mainland Chinese authorities. Local officials found the haul in mid-January in a refrigerated container labeled as frozen meat from Nigeria and released information to the public earlier this month.

They said the smugglers kept the temperature low to better disguise the smell of the illicit cargo. Police arrested two people in connection with the seizure.

It was the largest-ever seizure of pangolin scales in Hong Kong, representing the product of some 14,000 animals, and one of the largest of ivory in a decade, the officials said. In total, the tusks of 500 elephants and the scales of thousands of pangolins were on their way to be sold to mostly Asian buyers who believed their use could cure them of a variety of ailments.

For centuries, the scales of pangolin, an anteater-like critter, has been used after being ground into a powder in traditional Chinese medicine. Pangolin scales are similar to fingernails and composed of keratin. Uses of ground pangolin after being roasted and pound into a powder has been used because it purportedly boosts male virility, breast feeding for new mothers and cure joint pain and arthritis.

All species of pangolins as being at risk of extinction. In the last two decades, the number of pangolins worldwide has dropped by about 90 percent.

Ivory tusks are a cherished decorative craft material in Asia, resulting in the devastation of wild elephant populations in Africa.

Under Hong Kong law, the importation and sales of endangered species and their products can be punished by up to 10 years in prison and a fine of $1.3 million.

China and Hong Kong have sought to crack down on the illegal trade, although the semiautonomous port and financial center remains a major transit point for endangered species products and other contraband. 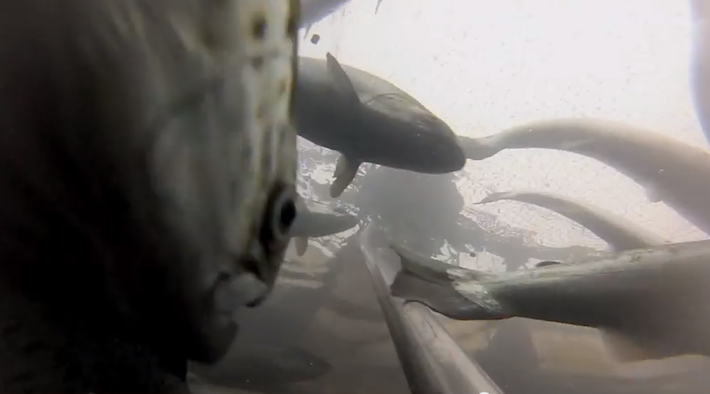 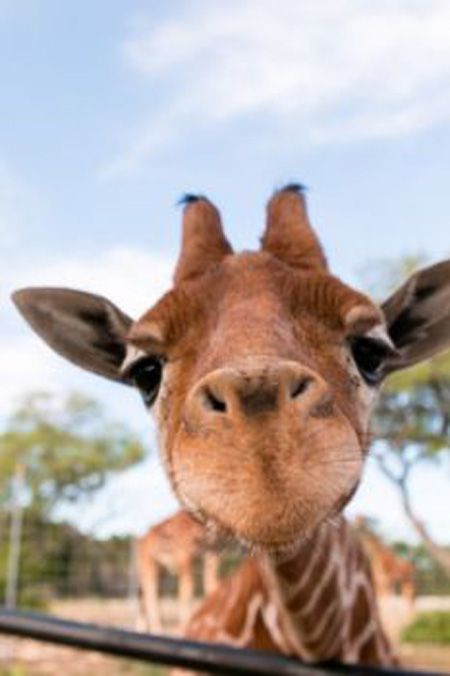