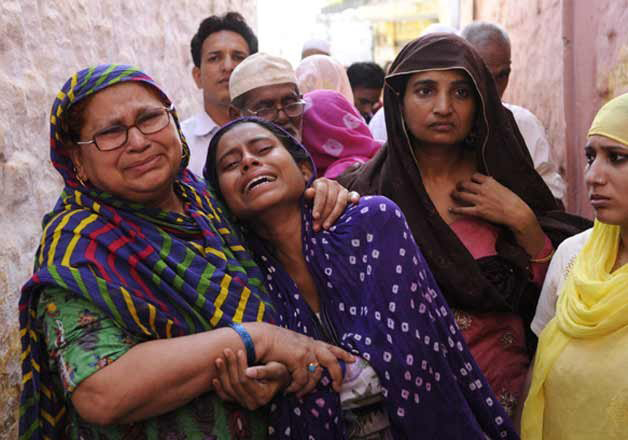 A horrific lynching of a man accused by a mob of killing a cow is shining international attention on what is now a political issue in India: eating beef.

Mohammed Akhlaq was set upon in his house and dragged and murdered after mob of angry villagers in Uttar Pradesh heard a rumour that he had been eating beef.

Despite Akhlaq’s claims that the meat in his house was mutton, the crowd ransacked his house and pulled out meat from his fridge. Akhlaq’s son Danish was also set upon by the crowd and severely injured.

Vandana Rana, whose brother is one of the accused killers, said she had seen on television footage of Kashmiris slaughtering cows on Bakri-Eid on social media sites like Whatsapp.

“The videos are from Kashmir, from Muzzafarnagar, basically from Mohammedan areas, where cows are being killed.

Rana told Scroll that she has heard that the government is considering making cow slaughter a crime punishable with death, a move she said she supports.

“The cow is our national animal, our mother.

She is defending her brother Vishal Rana, one of ten people authorities say were part of the mob that dragged Ahklaq out and beat him to death.

Rana said her brother was not in the village that night but that she could understand the anger of the mob. 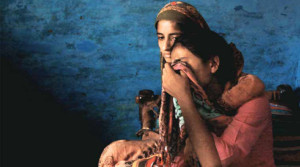 She claimed that a group of young men, who were drinking at night, saw Akhlaq dumping the remains of a calf along the village’s periphery. Once an announcement was made from the temple that a cow had been slaughtered, even though Akhlaq was not named, people spontaneously headed for his home, she said.

“Everyone is focusing on the man’s death but no one is paying attention to the wrong that took place,” she said. “Something wrong took place, that’s why the crowds got upset.”

She believes Akhlaq is guilty and accused the Muslim man of not understanding how his Hindu neighbours would react.

“Muslims have been living with us for 70 years. We have never harmed them,” Rana said. “Why did they cut up a cow? They should have at least considered that they are living in a Hindu neighbourhood and that the Hindus would not tolerate this.

The Guardian newspaper reported that Akhlaq and his son, who is fighting for his life in the hospital, were beaten to death with bricks.

India’s minister of culture Mahesh Sharma arrived in the village after the village to console the victim’s family.

In most of India, most of the time, killing cows is illegal, but possessing or eating beef is not. A sample of meat found in the Akhlaq’s home has been sent for forensic examination, said local magistrate Rajesh Kumar Yadav, the bureaucrat with responsibility for Bishara. “

The investigation is going on. The police is there, covering all angles and dangers. Relations in the village are being normalised and everybody is doing a great effort for this,” said Yadav.

Yet deep tensions and fear remain. When Sharma gathered the villagers in the yard of the temple and called for communal harmony and mutual respect, the reaction was respectful but quietly hostile.

“We handed over our children to the police. But, minister sir, that does not mean you can play with our feelings. We know it was beef that was eaten,” said Jagdish Sisodia, a village elder.