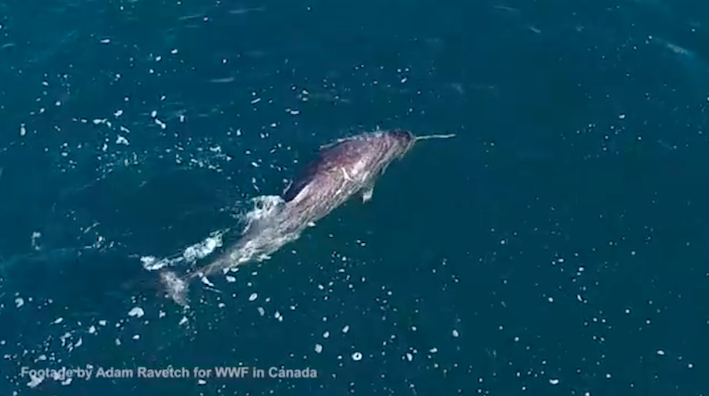 They are known as sea unicorns.

And now, scientists finally know why narwhals have tusks, or, at least a new confirmed reason they have them.

New drone footage from the Canadian Arctic has caught narwhals using their long, spiralled tusks to stun fish before gobbling them up.

“The Holy grail for a wildlife cinematographer is to document animal behavior no one has seen before, and by doing so, contribute new knowledge,” documentary filmmaker Adam Ravetch said in a statement.

Ravetch, a wildlife filmmaker with Arctic Bear Productions, and Fisheries and Oceans Canada, which was leading the narwhal research camp, in the far north, used drones to film the previously unknown narwhal activity.

The researchers were working in Nunavut’s Tremblay Sound.

“With the footage, the scientists were able to see tusked Narwhals approaching schools of arctic cod, tracking the cod with the tusk, and then, as the cod was positioned close to the tip of the tusk, the Narwhals giving it a quick hard tap that stunned the fish before they would move in to suck in the prey,” the Department of Fisheries and Oceans explained.

The unicorns of the sea aren’t easy to study.

But scientists have slowly been unravelling the mysteries of the unusual creatures. 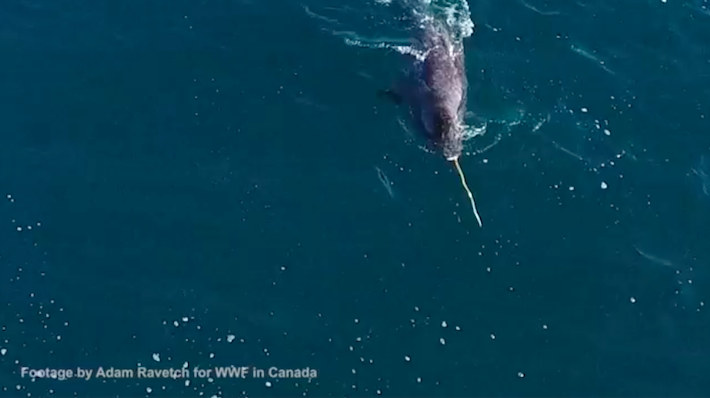 Such as what the tusk actually is.

“Narwhals have a long tusk, which is actually a canine tooth that spirals counterclockwise up to nine feet forward from the head of adult males, and a small percentage of females,” WWF Canada said in its YouTube videos. “In this footage, a narwhal can be seen using quick taps of its tusk to stun Arctic cod, rendering them immobile and thus easier to capture and eat.”

In Canada, the marine mammal is identified as of “special concern.”

But the Committee on the Status of Endangered Wildlife in Canada, but its is currently being considered for listing under the federal Species at Risk Act.

“The use of drones is pretty unique because it  gives us a bird’s eye view that’s close enough to the animals that doesn’t disturb them at all, but at the same time it gives us a close enough view as to gives us these kinds of details,” said marine biologist Bob Hodgson. “A really new perspective.” 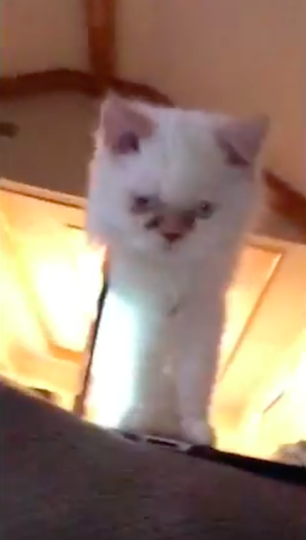