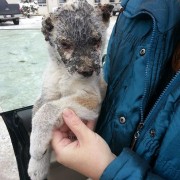 Nothing makes us more pissed off than when jackholes hurt critters. This story makes us really mad. Some idiot poured something flammable on poor Nero, the puppy, and set the little guy on fire. Thankfully, the people who don’t suck have stepped up to help including the Alberta Animal Rescue Crew Society (AARCS). Nero was found at a Saskatchewan work camp on Friday and by Monday, after emergency surgery, his rescuers say the puppy is doing well, despite having lost his ears and needing more surgery on his eyelids. Give the AARCS some love  and to the person who burned poor Nero, we hope you rot in a Saskatchewan work camp during a cold, cold November. 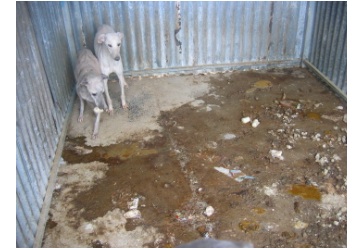