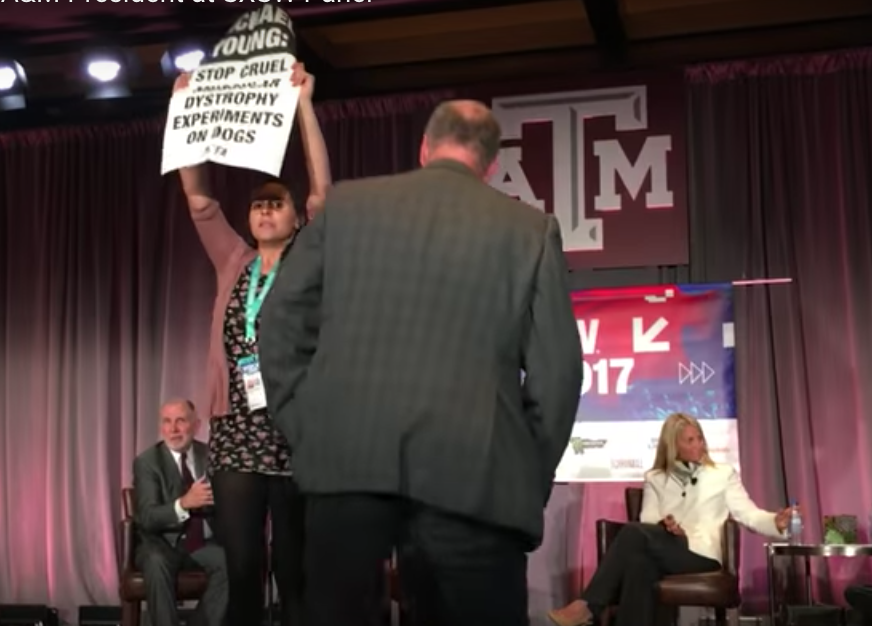 The protester who PETA declined to identify walked on stage during a talk with Michael Young, the university’s president with a sign calling on him to stop research into muscular dystrophy using dogs.

PETA is calling on Texas A&M to end cruel muscular dystrophy (MD) experiments on golden retrievers and other dogs in the university’s laboratory.

Eyewitness video footage obtained by PETA shows dogs who were deliberately bred to develop a crippling and painful form of MD. As the disease ravages their bodies, they struggle to walk, swallow, and even breathe.

“These cruel experiments on dogs can never be justified and must be ended right now,” says Kathy Guillermo, PETA’s senior vice president of laboratory investigations. “Thirty-five years of breeding and tormenting golden retrievers to suffer and die in pain have not resulted in a cure or even a treatment that can reverse the course of muscular dystrophy in humans.”

PETA wants Texas A&M to release the dogs for adoption and commit to cutting-edge, animal-free techniques.

After the video appeared, Texas A&M responded that the video shot was several years old and didn’t have adequate context.

The dogs seen drooling with tails wagging have a genetic condition that also affects humans – boys primarily – called Duchenne muscular dystrophy (DMD), according to a release from the university.

Affected children develop profound, progressive muscle weakness and loss resulting in a range of symptoms, including difficulty or inability to stand unassisted, along with difficulty breathing. Prognosis is poor, with death by teens or twenties. Currently there is no cure.

The dogs – who are already affected by this disease – are treated with the utmost respect and exceptional care on site by board-certified veterinarians and highly trained staff. The care team is further subject to scientific oversight by agencies such as the National Institutes of Health (NIH) and the Muscular Dystrophy Association, among other regulatory bodies.

The facility built for this research is state-of-the-art, the university states and the work being done at the lab is shared nationally and globally with the goal of finding a cure for DMD in both children and dogs worldwide. 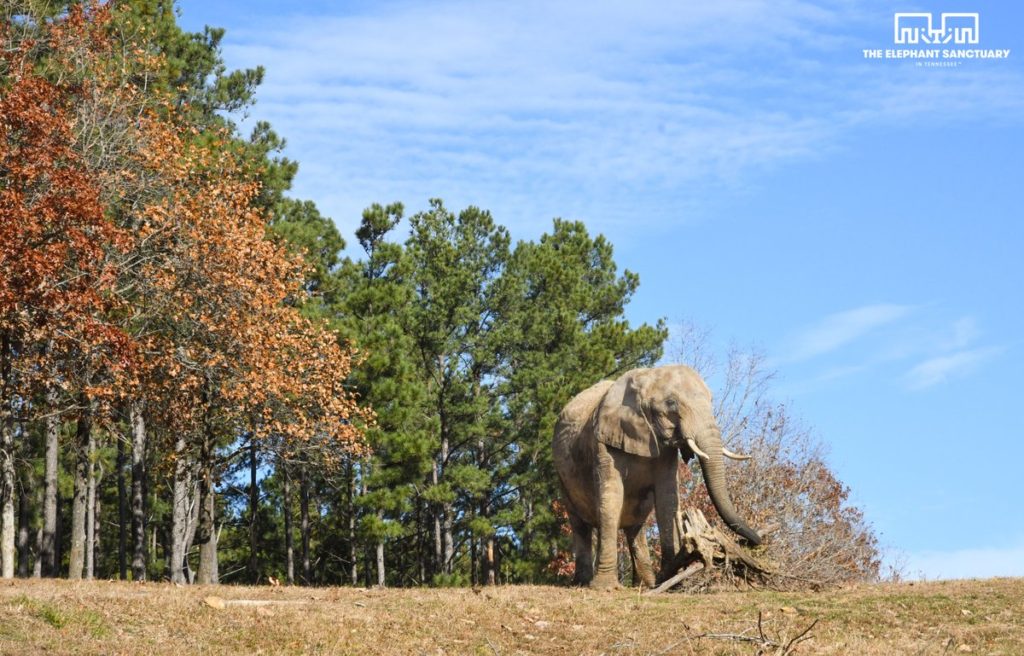 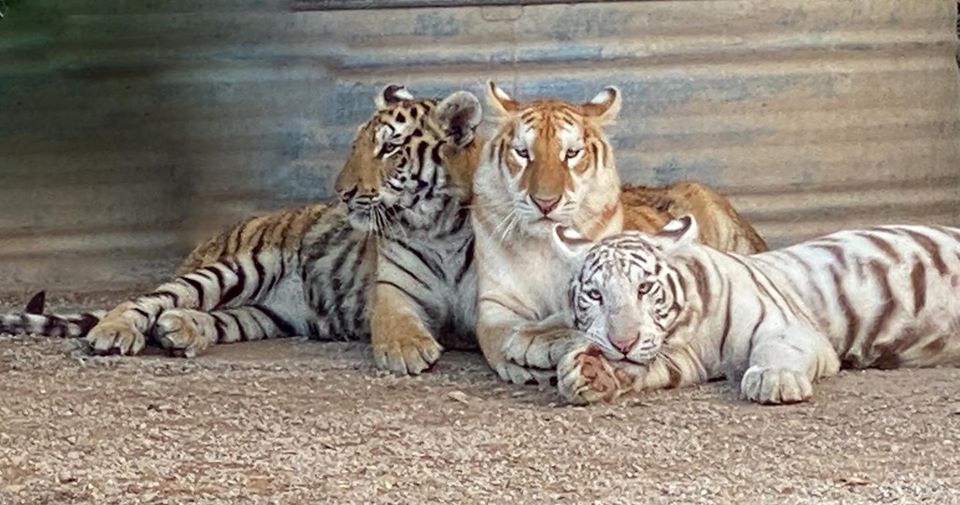 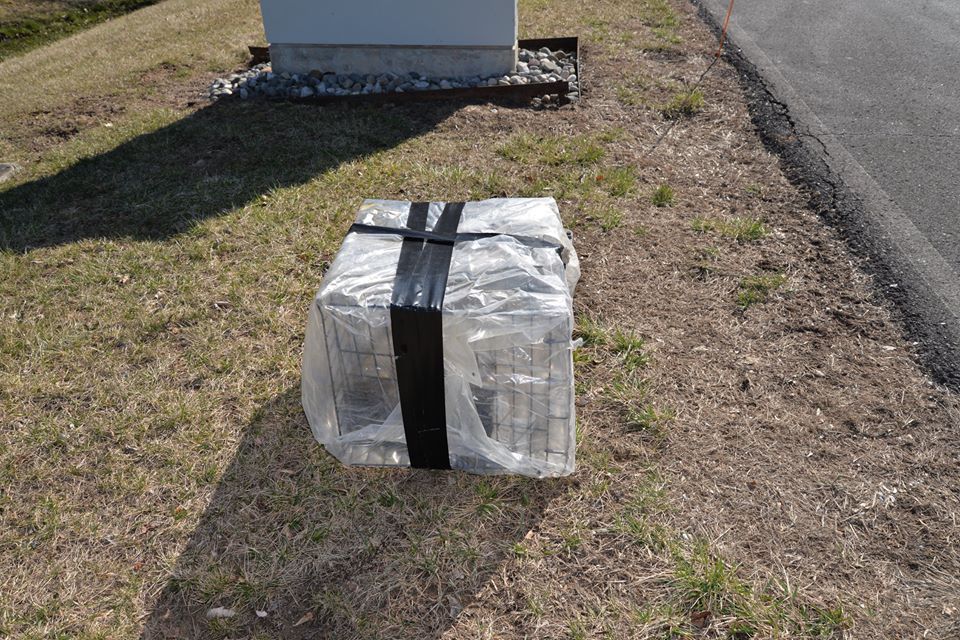