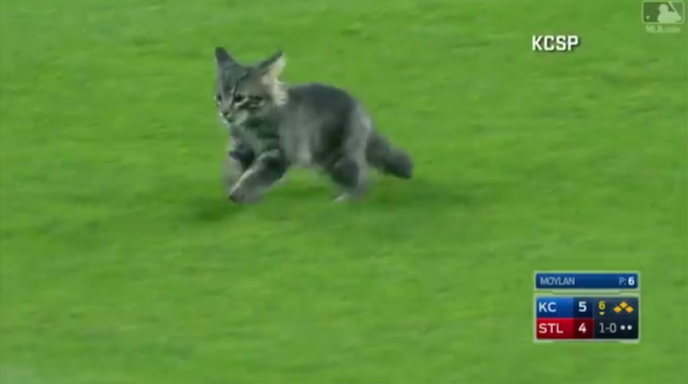 The St. Louis Cardinals might want to consider a new mascot.

A cat, quickly dubbed “Rally Cat,” ran into the outfield briefly stopping play in the most adorable way.

“A cat out in center field, romping. It’s a little kitten actually,” one on-air announcer says as the cat, indeed, romps across the outfield during the bottom of the 6th inning.

You gotta be kitten me?

The cat’s out of the bag! We’ve won 5 straight games and now sit only 1.5 games back in the NL Central. #RallyCat pic.twitter.com/uRoW1Ly2Xt

All of it happened Wednesday night at Busch Stadium as St. Louis was at the plate.

Indeed, Kansas City Royals outfielder Lorenzo Cain could only stand there and watch as the announcer offered an almost incredulous play-by-play.

“It’s going to Lorenzo Cain saying, ‘Please help me,’ Are all these fans cheering for me? 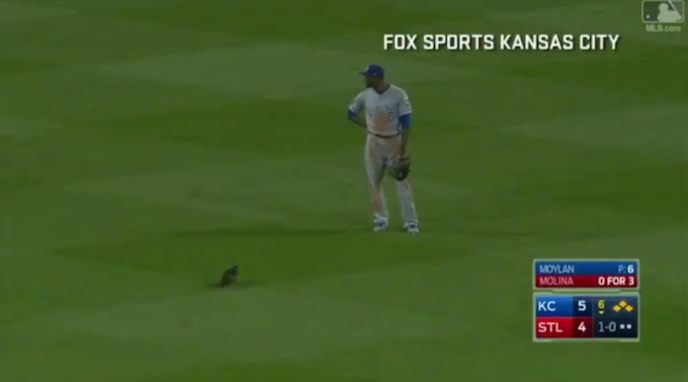 Someone from the grounds crew did run onto the field to scoop up one unhappy kitty.

Rather nippy, in fact. 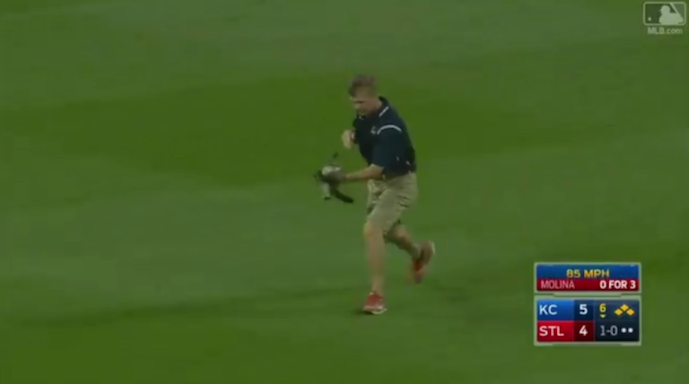 It was 5-4 for Kansas City Royals in the bottom of the 6th inning.

And, the Cards really could use some help.

With Yadier Molina at the plate, the next pitch from Peter Moylan was a doozy. Molina swung for a grand slam.

Much credit, of course, was given to the Rally Cat.

The Cards couldn’t help but play up the pawsitivity of the 8-5 win.

We are feline pretty good! Remember the last time we had a rally animal? #RallyCat pic.twitter.com/mzOAhelqLw

Game 3 of the #I70Series goes to the Cardinals!

RECAP: The @Cardinals scratch and claw their way to a series win! #RallyCat

Matheny on #RallyCat: “I’m not a cat person, but I sure like that one.” #STLCards pic.twitter.com/fbhwpBGGUA

But hey, when #RallyCat interrupts a ball game, we’re all itching to pull out the cliches.

Fredbird just woke up from his nap. He didn’t seem thrilled when we told him about our newest mascot… #RallyCat 😼 pic.twitter.com/NQZMv13HaT 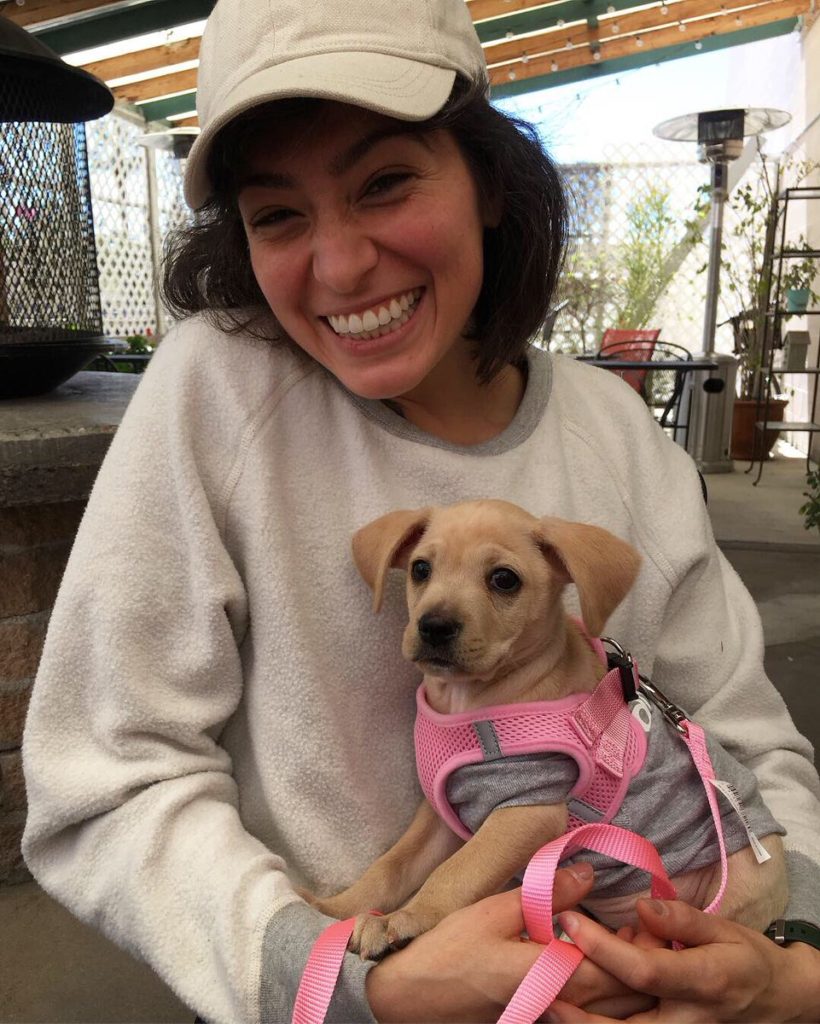 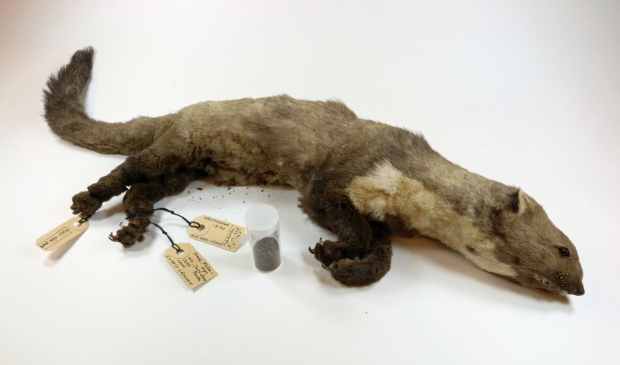