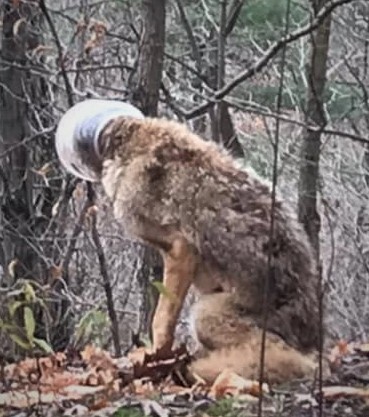 A coyote with a jar jammed on its head is the subject of a huge rescue mission in southern Ontario.

The Oakville and Milton Humane Society has a team of officers actively searching for the distressed animal in Bronte Creek Provincial Park after a photo of the coyote surfaced on social media over the weekend.

“If you are in the Bronte Park area today and you spot a coyote with its head caught in a container, please call the Oakville & Milton Humane Society at (905) 845-1551 and provide its location,” the humane society posted Monday on Facebook. “Do not approach the coyote, as it will likely run away.”

A photo of the helpless animal first appeared on social media Saturday.

Sarah Ma didn’t take the photo, but her plea for help has been shared more than 15,000 times.

The disturbing photo was taken by Jamie Davis.

“There is a coyote in the off leash area that has his head stuck in a container,” he posted with it on Twitter Saturday morning.

“It is on the upper bank near the west parking lot area of the off least area. Near group camping sites,” he added.

@OPBronteCreek there is a coyote in the off leash area that has his head stuck in a container pic.twitter.com/WXLAyMGuvq

The humane society was already on site, he explained.

‘Heartbreaking’: This #coyote is roaming around #Oakville with its head stuck in a container and the Oakville and Milton Humane Society @OakvilleHumane is trying desperately to find it and help it: https://t.co/W8SOjaTg8N

As of Monday evening the animal still wasn’t located.

But Ma is grateful for the efforts — and concern.

“Thank you everyone for sharing & spreading the word and to those searching for him!! Credit to Jamie Davis for capturing and posting this picture and being part of the search,” she wrote.

People from as far away as Nova Scotia to Brooklyn, NY and Connecticut have reached out to her.

“It’s nice to see that so many people care about this helpless animal,” she added, “I hope this guy is found ASAP ☹️” 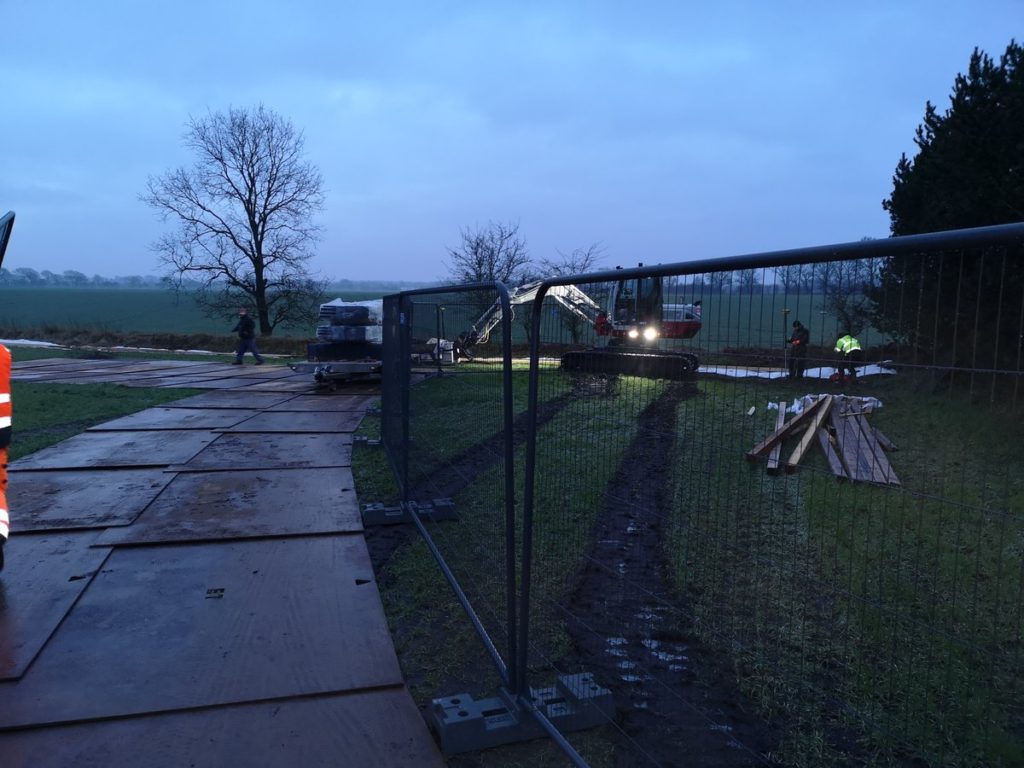 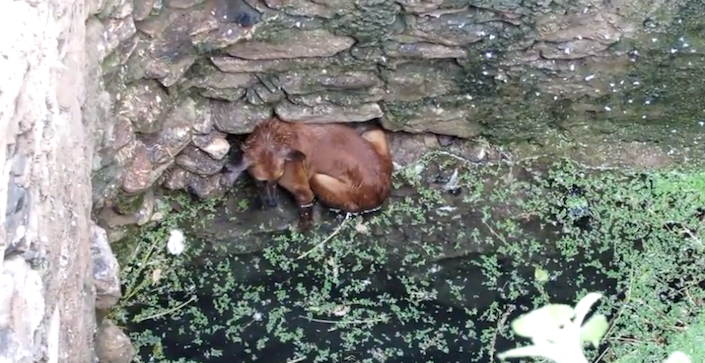