Desperate to find sea ice for a safe place to rest, tens of thousands of walruses have been photographed on beaches in Alaska.

The National Oceanic and Atmospheric Administration Fisheries Service has posted some photos taken during an aerial marine mammal survey that shows the animals huddling together in massive numbers. The images are both beautiful and a shocking demonstration of the impact of climate change.

In this photo, dated Sept. 23, an estimated 1,500 walrus have come ashore in northwest Alaska for lack of finding their preferred icy outpost where they rest between dives for food, according to the NOAA. Climate change and the loss of sea ice habitat affects all Arctic species, the department noted. About 50 dead walruses were spotted in the count.

Young animals are vulnerable to stampedes when groups gather in this fashion, according to the Associated Press. Stampedes can be triggered by a polar bear, human hunter or low-flying airplane. More than 130 mostly young dead walruses were counted after a such an event in September, 2009 at Alaska’s Icy Cape, AP reported.

In another photo taken on Sept. 27 an estimated 35,000 walrus have come ashore in northwest Alaska. 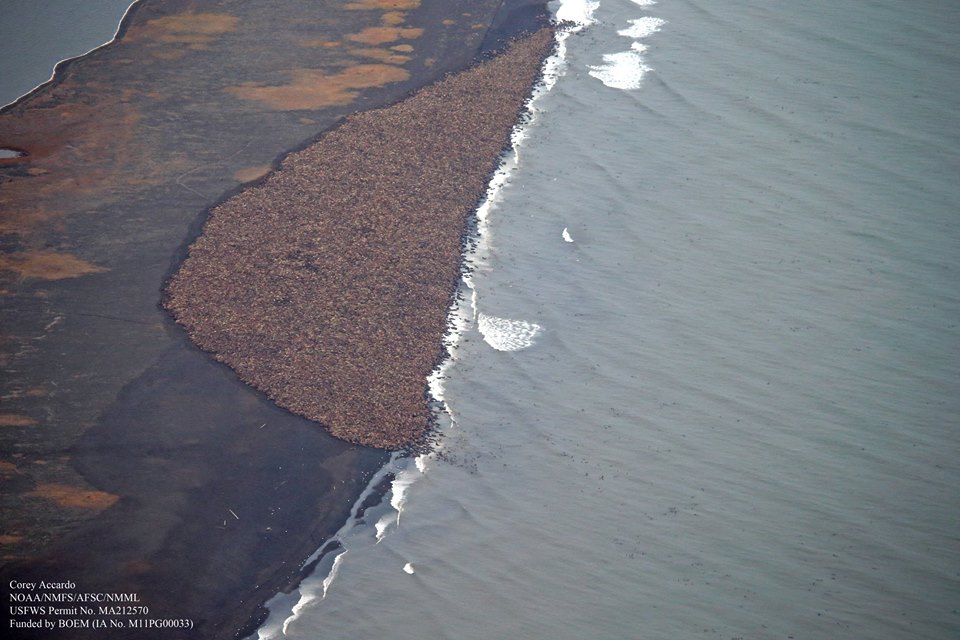 During the same flight, researchers spotted what they called “the luckiest brown bear in the world” perched atop a dead grey whale. “Look what I found!” the scientists mused. 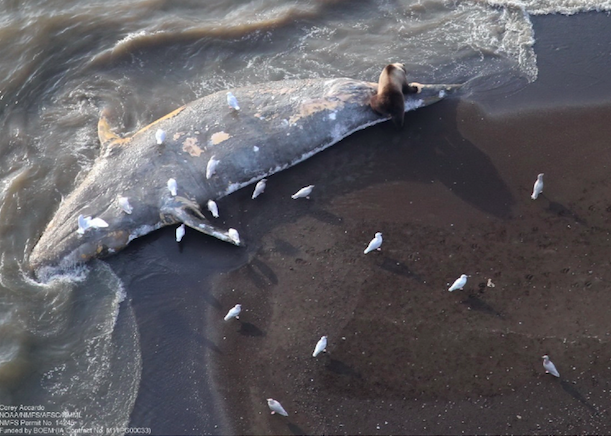 The walruses, which were gathered, or hauled out, again near the village of Point Lay, on the Chukchi Sea in northwest Alaska. A report on Flight 240 of the Aerial Surveys of Arctic Marine Mammals shows no sea ice spotted and instead 35,036 walruses on the beach. Of those, 36 were dead. 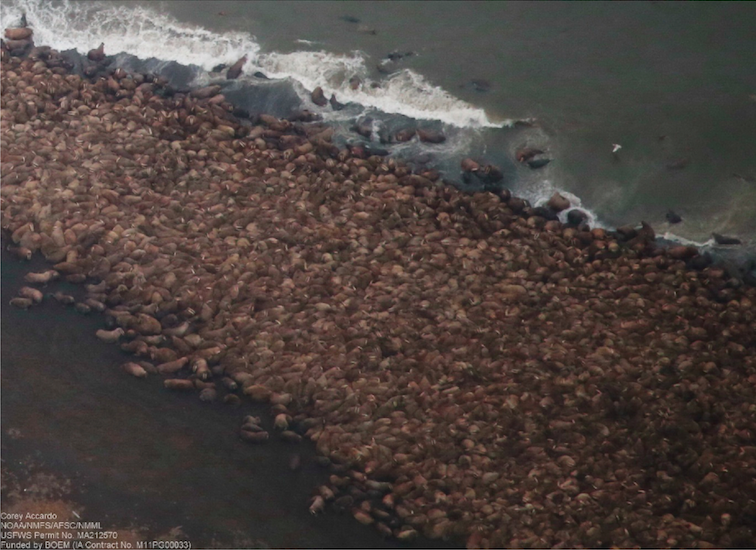 The World Wildlife Fund is alarmed by the reports as sea ice shrinks, though it is not likely to hit a record low as it did in 2012. Still, the coverage is well below average.

“The massive concentration of walruses onshore — when they should be scattered broadly in ice-covered waters — is just one example of the impacts of climate change on the distribution of marine species in the Arctic,” Margaret Williams, WWF’s managing director of the Arctic program, said in a statement. 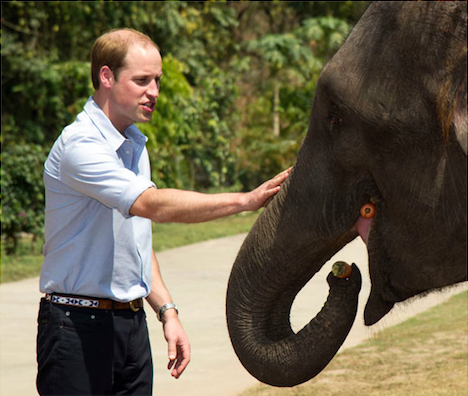