“Sonoma County Animal Services is sad to report that Darla passed away yesterday after her surgery. This surgery was a very advanced and challenging repair that would only be performed by a veterinary surgeon specializing in orthopedic procedures. Animal Services staff took in Darla at the County shelter after she was found abandoned in a dumpster at the Santa Rosa Junior College’s Santa Rosa campus. She was estimated to be between 12 and 14 weeks old. On October 27, 2015 she was found by SRJC staff with two broken legs and then taken to the County shelter.

A two thousand dollar ($2,000) reward is being offered for information leading to an arrest and conviction for Darla’s case. Dogma Animal Rescue and an anonymous individual are both contributing $1,000 each.

We are deeply saddened by the passing of Darla. Our staff worked incredibly hard to care for her during her stay at our County shelter. The outpouring of support from the community for Darla was appreciated and very thoughtful. We do need the public’s help to solve Darla’s case,” Sonoma County Animal Services Director John Skeel said. There is an open investigation by Animal Services in conjunction with SRJC police and the Sonoma County district attorney’s office.”

Her name is now Darla and she’s on the mend despite an incredibly cruel start to life.

Just before Halloween, somebody threw the 14-week-old, two-pound Chihuahua into a dumpster on a college campus in northern California. An employee at Santa Rosa Junior College found the female puppy early in the morning on Oct. 27.

“The puppy’s arms were both broken recently, possibly prior to being thrown away,” the college posted on Facebook recently, pleading for tips. “However, the dog is also slight enough that the act of throwing the dog away into a dumpster could have caused the fractures. She was taken to the county shelter and it is currently being fostered by a shelter staff member.”

Splits were placed on the pup’s legs.

“Please help us if you have any information,” the school posted. “This is an upsetting matter and we’re trying to help the authorities.”

So far, there have been no leads. 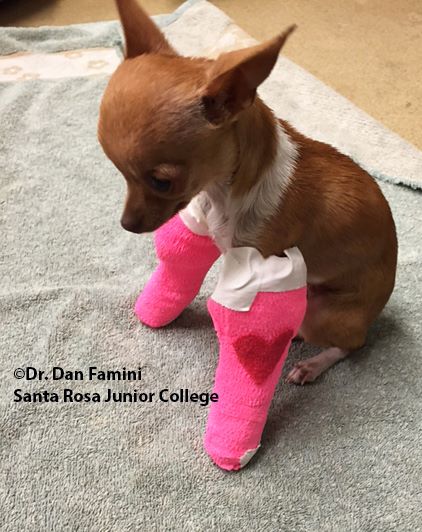 Dr. Dan Famini, of the school’s veterinary school, has been busy taking care of the wee pup; changing her splits and has her scheduled for surgery to repair her fractured legs, soon. 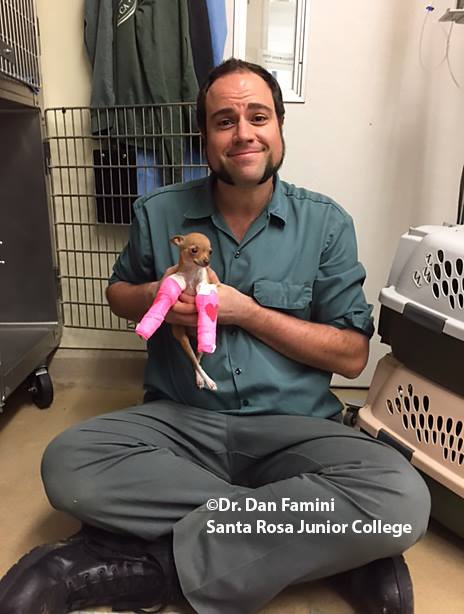 Anyone with information about what happened to Darla should call the Sonoma County Animal Services at (707) 565-7100.

Darla won’t be available for adoption for at least six weeks. That’s how long it will take for her legs to heal. She’ll also be spayed. Officials at the school are optimistic about her prognosis, posting this update yesterday:

“We would like to thank every one of you for your thoughts, your kind words, your well-wishes and your offers of assistance! Even though Darla had a rough start, we think she is going to have a great going forward.” 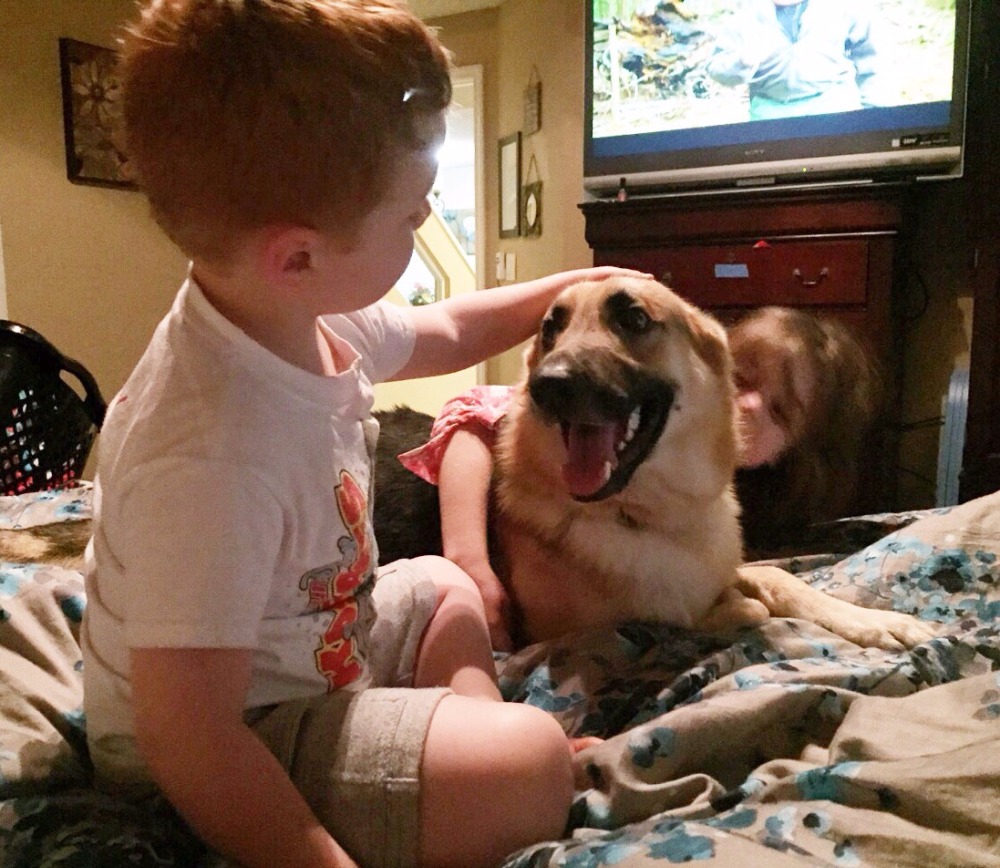