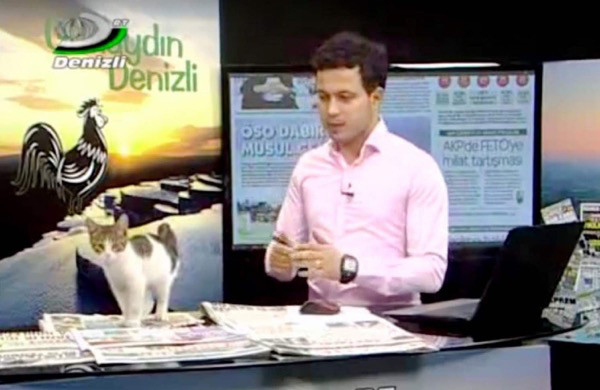 A grey and white cat has become a star after wandering on to a live TV broadcast and hanging out with the anchor.

The stray cat was caught on camera after sneaking into the DRT studios, a Turkish station in Denizli.

The “Good Morning Denizli” progamme, presented by Kudret Çelebioğlu, was going over the days big stories and in the middle of a newspaper review.

But when the camera cut back to Çelebioğlu, suddenly a little grey and white head appeared by his right arm.

Although he continues seamlessly with his broadcast – mentioning only that there is a “surprise guest” – the animal prowls across the paper-covered desk until he cannot manage to go on.

The last straw is when the puss sits on his laptop, presumably because it was warm.

Çelebioğlu has to call for aid from a production assistant but not before giving the cat a tickle on the head.

It’s been reported by Hurriyet Daily News that the cat has since been adopted by station personnel and named Hüsnü.

The anchor noted on air that as the weather has turned colder, stray cats are getting hungry and suggested people should feed and look after the stray cats on the street. 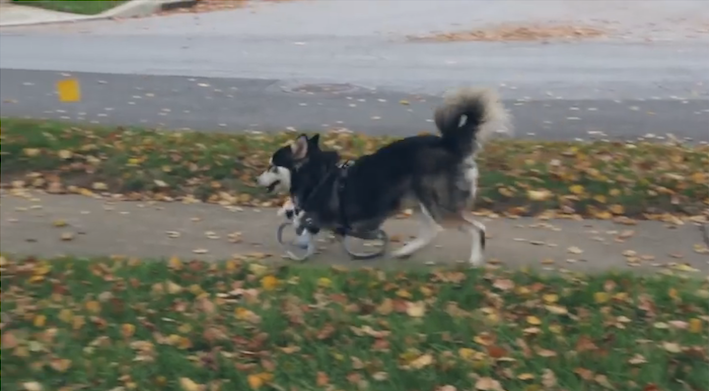