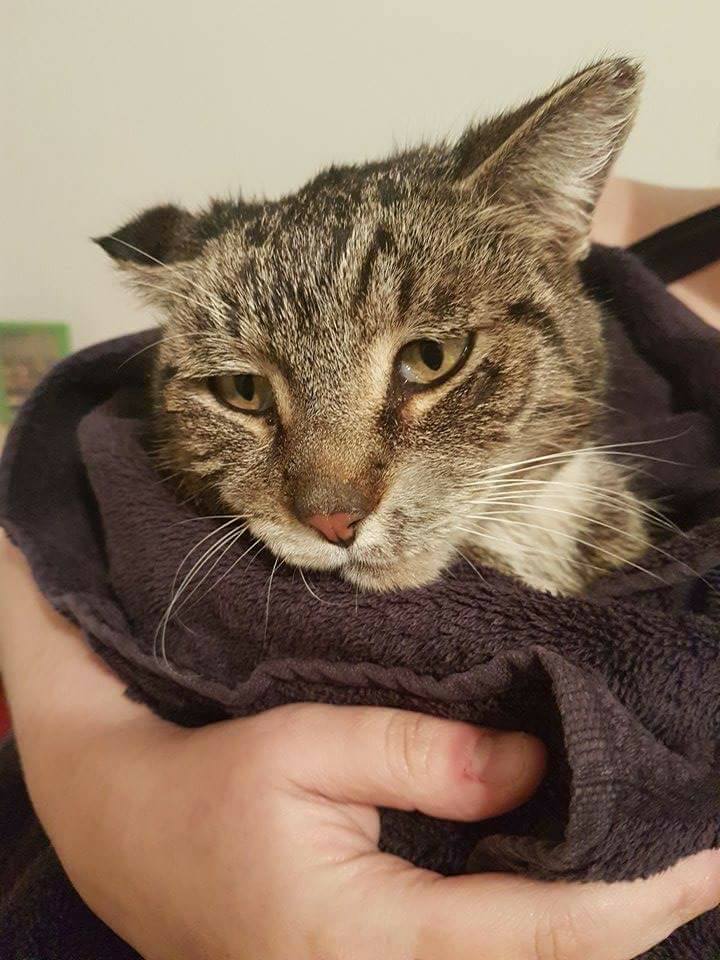 He’s been called the “littlest hobo cat” after being found under a train engine in arctic temperatures. But he also goes by a few other names.

The CN train conductor who rescued the nearly frozen feline Q199, after the train he was checking in Wainwright, Alberta. But the kitty, who may be down a few lives after riding the rails in -39 Celsius, might actually be named Tiger, at least that’s according to the couple who now claims ownership.

But no matter the tabby cat’s handle, he has one heck of a survival story – and can thank Brad Slater for saving his life.

“I walked my train in Wainwright this morning and heard a cat crying,” Slater continued. “I found this little guy under our second engine by the wheels in -39. He either was there from Saskatoon or even Winnipeg. He was covered in snow and ice so I called him out and he came immediately. I picked him up and carried him on the train. He crushed 250ml of water instantly and half a big chief beef jerky. He then slept the whole trip on me and my shirt. He is now resting comfortably fed and warm. After supper is bath time and a trip to the Vet in the Am. If i didn’t walk my train and didn’t find Q199 he woulda been dead by the time we got to Irma. He is a miracle cat and an amazing story.”

The amazing survival story made headlines across Canada — and around the world. Now a couple from Saskatchewan has come forward to claim ownership of the train-hopping kitty.

Brent and Lynnette Hahn told CTV News in Edmonton that their family pet, Tiger, vanished from their place in Melville in late November. Coincidentally, they scooped up Tiger from a train station three years ago.

“Our grandchildren have been crying for days for that cat to come back,” Brent told CTV.

Reluctantly, Slater believes the Hahn family may be right. Similar markings, same frost-bitten ear. And, he says the cat does respond to Tiger, but he’s really fallen in love with the cat he knows as Q199.

“Happy and Sad this morning,” Slater wrote. “I think I found Q’s owner. Tell me what you think.”

The Hahns and Slater plan to meet up and confirm the cat’s identity. 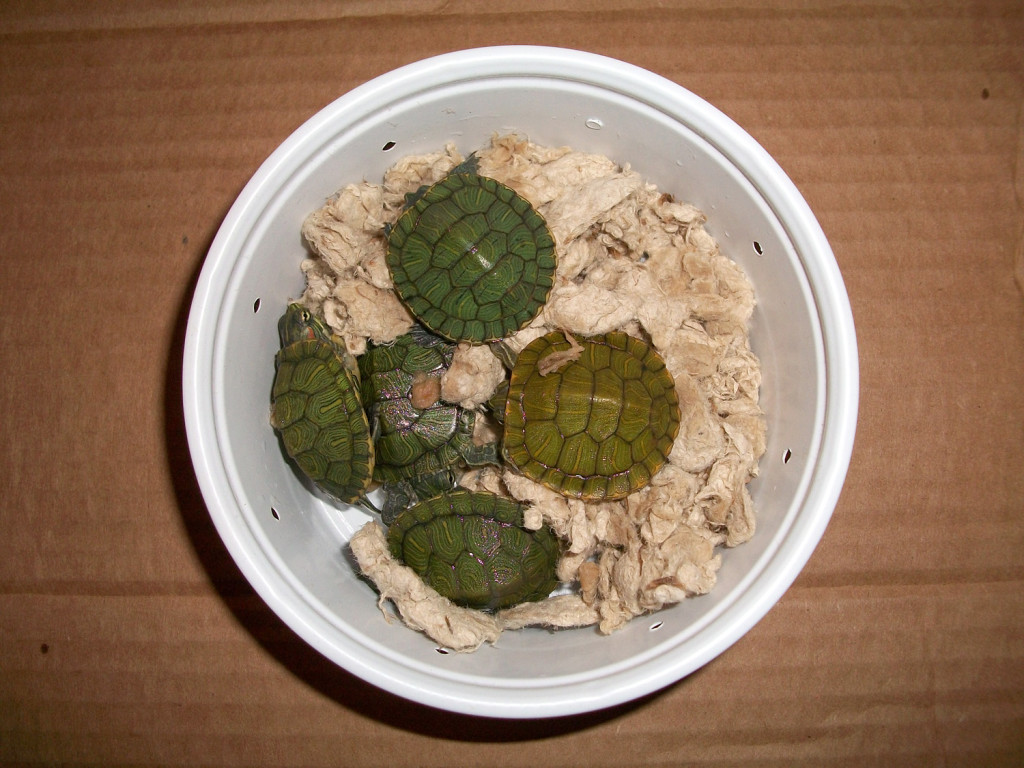 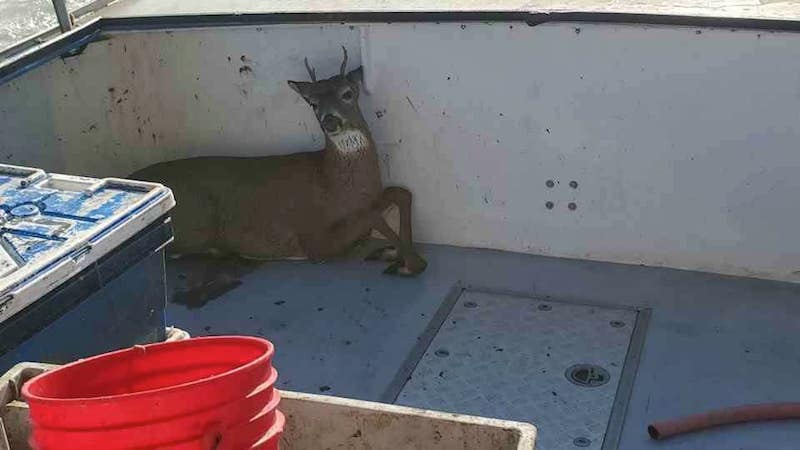