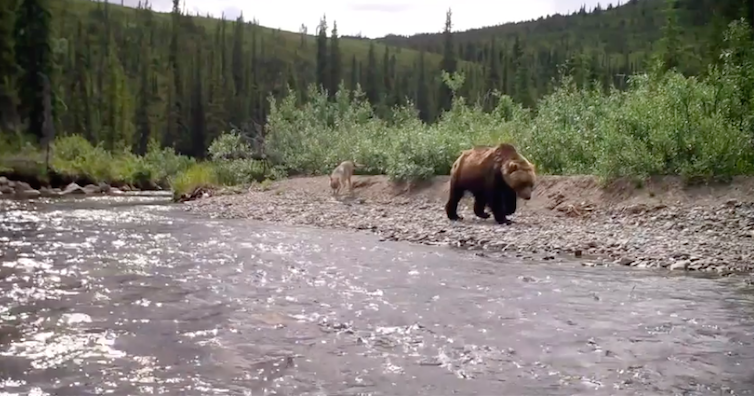 The U.S. National Park Service posted a pair of his incredible videos from the Yukon-Charley Rivers National Preserve.

Here is an encounter between a grizzly bear and a wolf.

The fur, happily, doesn’t actually fly. But there are tense moments.

Theories about what could have happened abound.

But the park service offered this:

“While, yes of course, the bear is stronger, the wolf is much quicker on its feet. And, the bear is probably smart enough to know there could be other wolves it doesn’t see – the last thing the BEAR wants to do is get attacked by a whole pack,” officials explained. “It’s not Disney World nor the movies, but respect still goes a long way in nature. It seems they both felt neither would benefit from a fight. There was certainly a message sent and some sizing up happening though!”

Perhaps the wolf was defending these pups?

Animals in this area are doing well.

“The natural landscape of the preserve, nearly completely unaffected by humans, is an amazing place that many northern species thrive in and call home,” the park service add. “Many species’ populations are cyclical and if a litter of six wolf pups tells us anything, it’s that there is a good population of caribou to sustain that large of a litter. Everyone is eating well 🙂 That’s not how things always go in nature, but nature does have its checks and balances that sustain life in various ways, throughout millennia.” 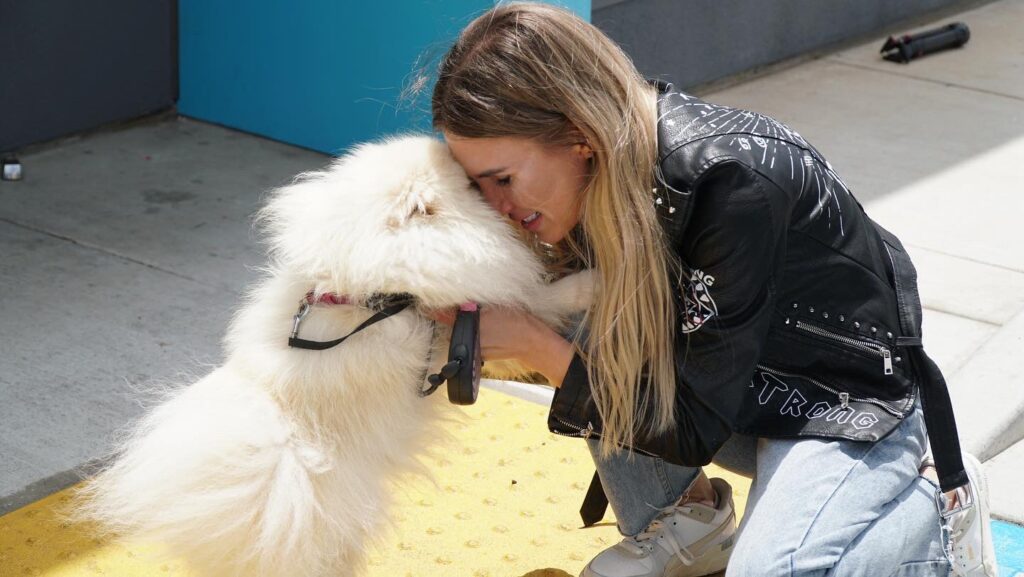 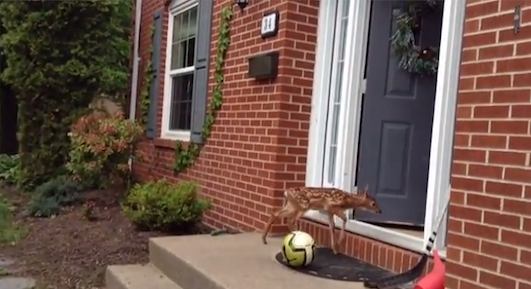