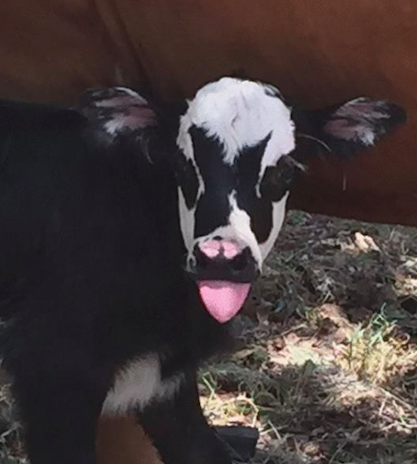 Genie was born under auspicious circumstances.

As rock ‘n roll music played on 99.5 KISS Rocks San Antonio, the black and white calf entered the world July 28 on a ranch in Kerrville, Texas, with a remarkably startling appearance.

Lick it up, Genie.

Even Gene Simmons was awestruck by his bovine doppelganger.

So was his band, KISS, which shared it on Facebook.

It was a stroke of marketing genius.

“Gene Simmons, Where were you on our about November 25, 2016?” the outfit asked on Facebook. “…Just thought this WONDER OF NATURE was worth sharing!”

This cow is truly amazing.

The calf even paid a visit to the restaurant. But don’t worry, Genie’s goose won’t be cooked.

“Now Obviously, we can’t serve this fine specimen, we may just keep Genie as we call her, as a Mascot for the Steakhouse,” the Hill Country Visitor added.

Genie’s owners says there’s no way this critter will be headed for the slaughterhouse.

The world was made for lovin’ you. 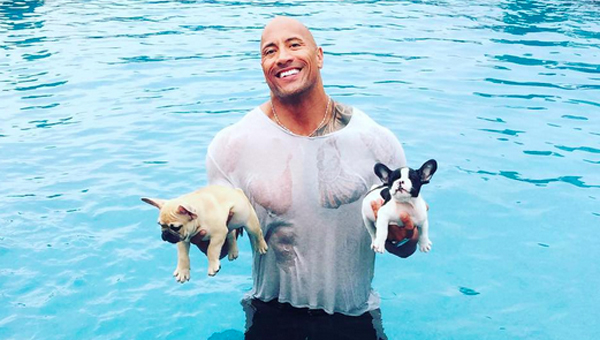