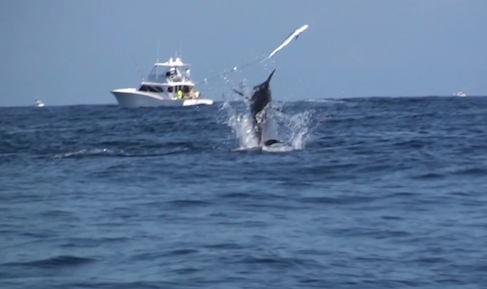 Captain Mark Garry  might have been written off as just another fisherman with a tall tale, but when he came to shore off Costa Rica with some incredible video locals were wowed.

Garry and his crew were trolling along Los Suenos aboard “FISHIZZLE,” which may rank as one of the best boat names of all time, when they were treated to a dizzying display of fish-out-of-water athleticism involving a 600-pound blue marlin that gave chase to a 25-pound dorado. (A dorado is a snub-nosed ray-finned – and delicious – fish  that is also known as mahi-mahi or dophinfish, which incidentally, shouldn’t be confused with a dolphin.)

“As we we trolling up sailfish and dorado, all hell broke loose on our starboard side,” he posted on YouTube this week along with the video. “The marlin made several attempts at the dorado, and the last we saw of both of them was they passed 5 feet away from us the dorado was on the tail of the marlin. (I guess that’s the furthest place from his bill !!)”

Both fish got away – at leas from the fisherman. Garry and his crew showed the video to a bunch of seasoned Costa Rican fishermen when they docked.

“They never saw anything like it. Obviously neither did we,” he wrote. 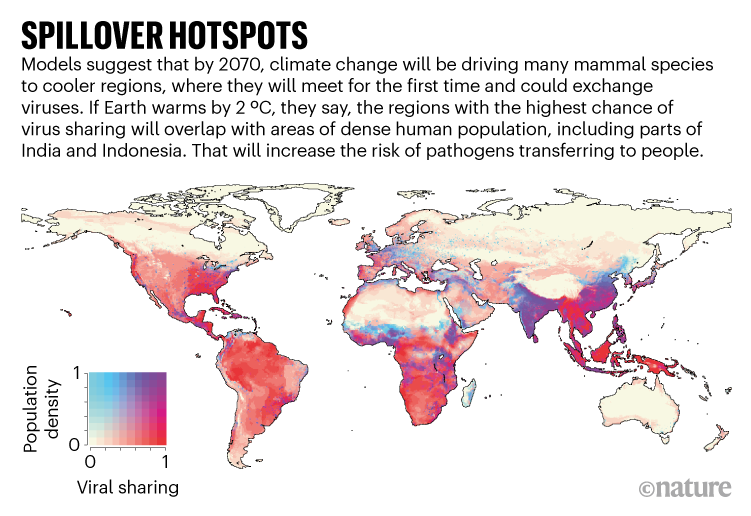