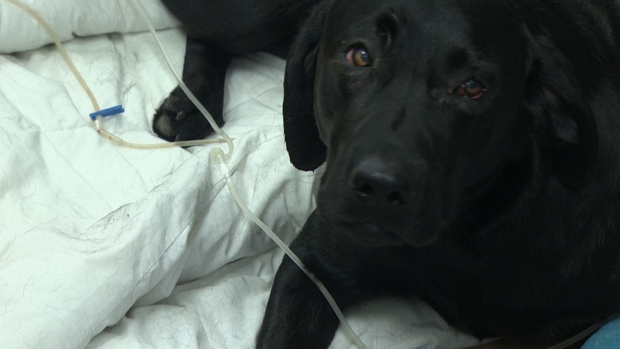 Ryder, a black lab owned by the Westaway family, is now recovering after what appears to be a horrific ordeal.

Three-year-old Ryder was accidentally let out of the family’s backyard by owner Ryan Westaway’s three-year-old son over the weekend. On Sunday, Surrey RCMP responded to a call to a home in the 7600 block of 146 Street and came across a female resident. Corporal Bert Paquet with the Surrey RCMP told CBC News Vancouver a neighbour had called in to police reporting a suspicious occurrence.

We found a female covered in blood, which was found to be the dog’s blood…At that point our investigators looked at the dog and were able to connect the injuries.”

The 24-year-old woman who lived at the home was taken in for psychiatric evaluation and her four-year-old daughter placed in the care of the Ministry of Children and Family Development.

Westaway said that when he and Ryder were reunited on Sunday, he was horrified by the dog’s condition.

He heard my voice and he ran right up to me. I couldn’t even recognize him. He looked horrific. His eyes were closed shut completely.”

Ryder was rushed to the animal clinic and it turned out he had been physically tortured and forced to ingest a number of foreign objects. Westaway told CBC News that his dog badly poked in the eye with jewelry, earrings, rings, hit in the head and eyes with a hammer and fed objects down his throat, and his mouth was taped shut.

We opened his mouth and he had major lacerations to his throat, deep lacerations by either a knife, to me it looks like some kind of sharp object.”

Objects recovered from Ryder after emergency surgery found a large pendant, four lighters, a fish hook, and even a SIM card.

Ryder is now recovering and Westaway said if police had not gone into the house, his dog would have died a horrific death. 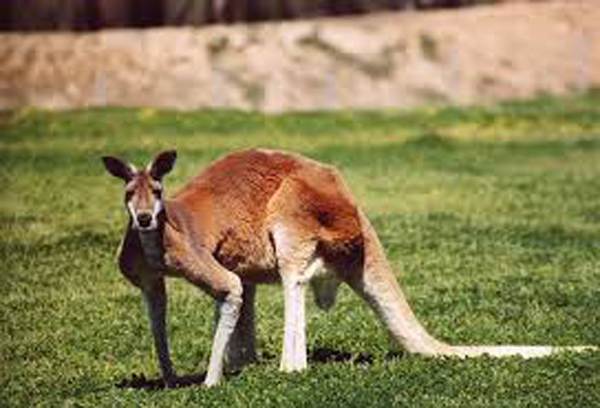