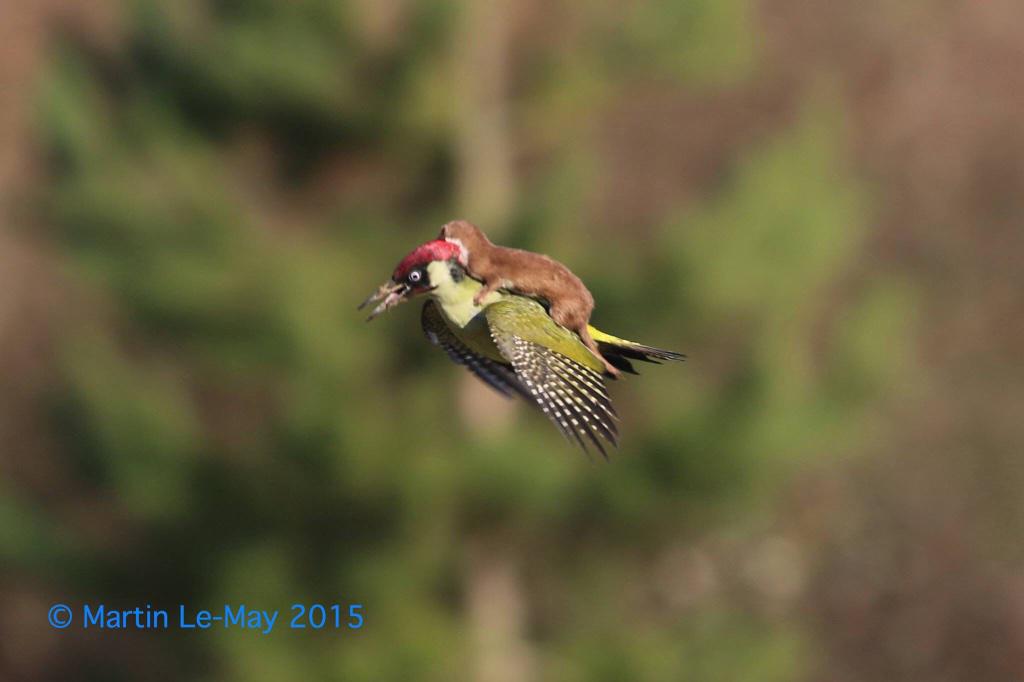 That’s exactly what happened to Martin Le-May on Monday in Hornchurch County Park not far from his home in Hornchurch, Essex.

Took this picture earlier today. Heard woodpecker in distress, then flew up with Weasel on back

My wife, Ann, and I had gone for a walk. I had hoped that she might see a Green Woodpecker as she has not really seen one before.

As we walked we heard a distressed squawking and I saw that flash of green. So hurriedly I pointed out to Ann the bird and it settled into the grass behind a couple of small silver birch trees. Both of us trained our binoculars and it occurred that the woodpecker was unnaturally hopping about like it was treading on a hot surface. Lots of wing flapping showing that gloriously yellow/white colour interspersed with the flash of red head feathers. Just after I switched from my binoculars to my camera the bird flew across us and slightly in our direction; suddenly it was obvious it had a small mammal on its back and this was a struggle for life.

The woodpecker landed in front of us and I feared the worst. I guess our presence, maybe 25 metres away, momentarily distracted the weasel. The woodpecker seized the opportunity and flew up and away into some bushes away to our left. Quickly the bird gathered its self respect and flew up into the trees and away from our sight.

The woodpecker left with its life, the weasel just disappeared into the long grass, hungry.

The image was first posted, fittingly, on Twitter by birder and wildlife photographer Jason Ward. Once on social media, the photo hit mythical proportions and spawned its own handle: #WeaselPecker

That photo was quickly shared more than 10,000 times.

Still doubt its veracity? Snopes is on it. See, now you’re a true believer. Besides, weasels aren’t shy about taking on birds. Check out this weasel attacking a seagull in Ontario, Canada.

But mostly, #WeaselPecker soon became the new llama drama and something even better than #TheDress. A boatload of memes flocked to the Twitterverse.

Big question though – is it a fake? Hard to tell with sophisticated manipulations… pic.twitter.com/jOdzHZ3aSS — emily bell (@emilybell) March 3, 2015 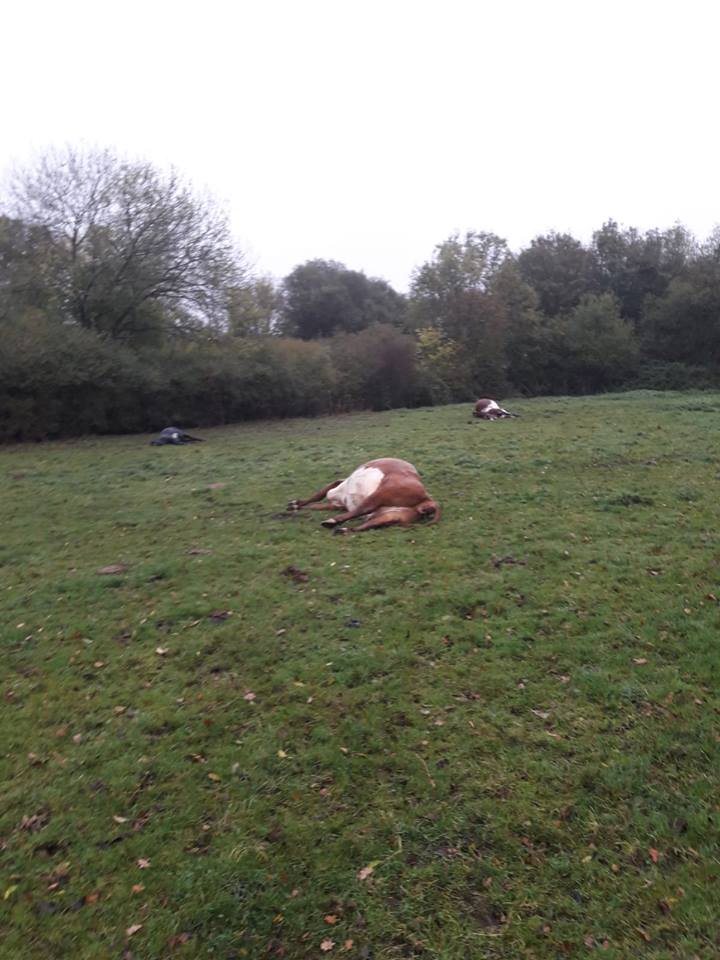 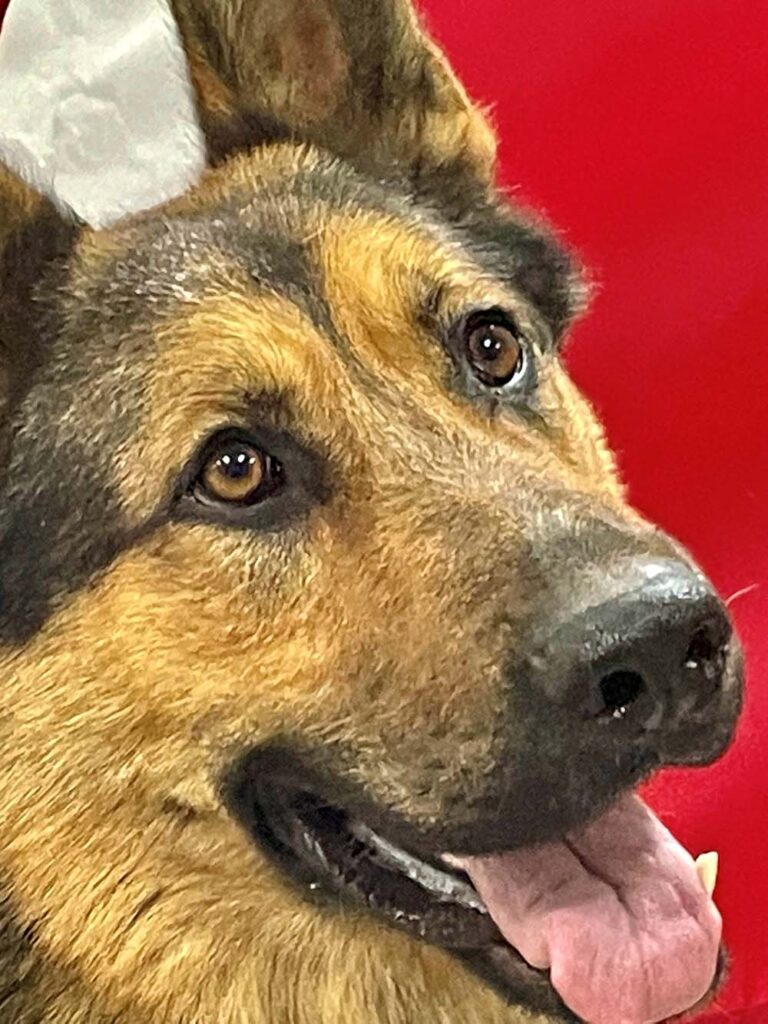 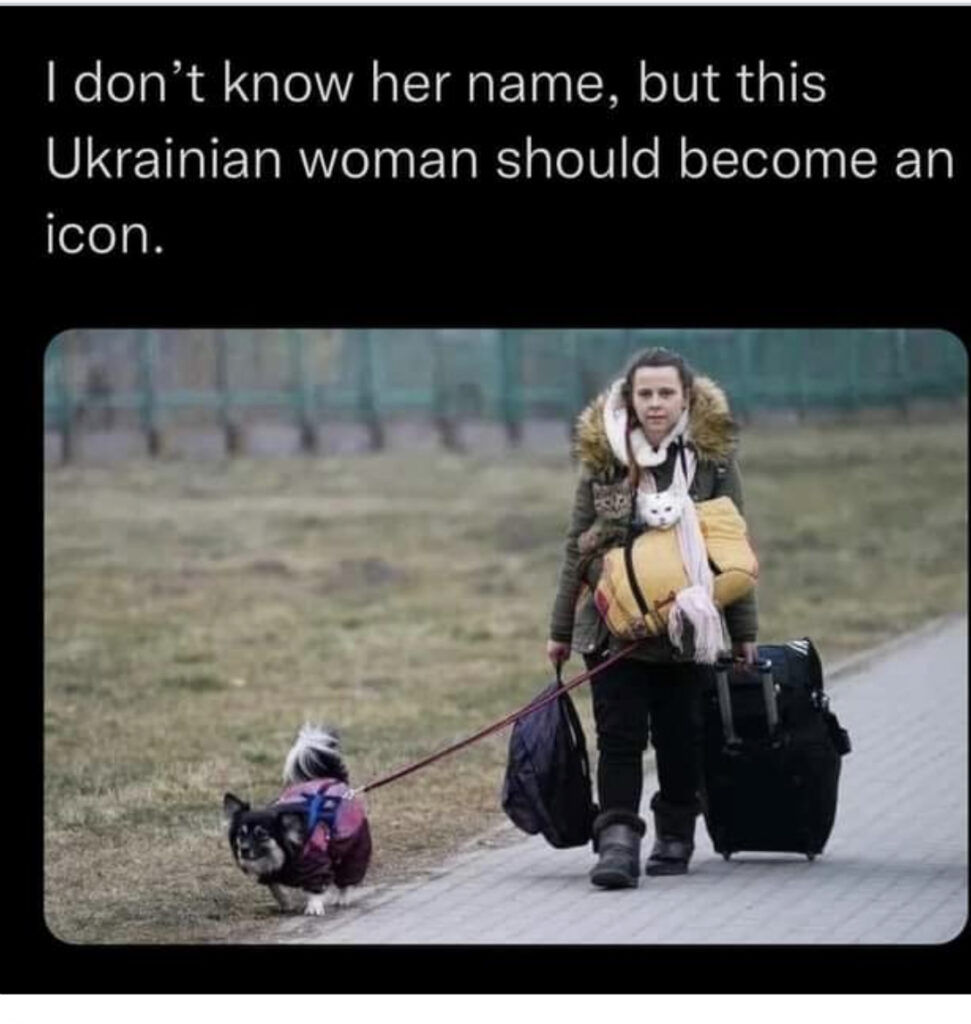