Pet owners in Arizona are demanding a full investigation into the deaths of 17 dogs at a kennel where police are calling what happened a “tragic accident.”

The dogs died sometime overnight last Thursday at Green Acre Dog Boarding in Gilbert, AZ. after police said one of the animals chewed through a power cord attached to an air-conditioning unit at the Green Acre boarding business, according to the Republic.  But over the weekend, pet owners turned to social media to express their outrage. They slammed the facility on  Yelp, where people are posting photos of their dead pets, set up a petition on change.org, which has about 5,500 signatures and created a Facebook page The Tragedy at Green Acre Dog Boarding Gilbert, AZ, which has more than 5,500 likes.

“What happened to these precious dogs is not only tragic but disgraceful. The egregious behavior by the owners of Green Acre towards the dogs’ owners is inexcusable. These dogs and their families deserve answers and justice,” the Facebook page notes.

The grieving pet owners want the Maricopa County Sheriff and the local attorney’s office to fully investigate, accusing the kennel owners of offering a misleading account of what happened.

“1. How can dogs die from the heat when they were supposedly only left alone in a home from 11pm to 530am, there were two of three functioning A/C units, and it was only 80 degrees out?

2. Why did the owners of Green Acre fly back to Arizona, and get to their facility before notifying any of the dog’s owners?

4. Why were the families initially told the dogs had run away?

5. Why were the dog’s bodies stacked like wood in the shed? Were they going to try and hide the bodies?

6. Why are other families now coming forward with other horror stories of their animals being abused at this facility?”

Meanwhile, the kennel’s owners, Todd and MaLeisa Hughes, who lost one of their own pets in the incident, told the Republic they are “heartbroken” by the canine deaths. Todd Hughes also told the paper that at did first he did tell people that their dogs had escaped rather than died. (Police said pet owners weren’t called until Saturday morning, and then found their dogs piled up in a shed.)

“I wasn’t thinking straight, but I should have thought better than that,” he told the newspaper. “Nobody trained me on how to handle this. I made a bad decision. It was terrible.”

He said the couple is being “100 per cent transparent” with investigators. The facility’s website has been shut down.

“There is going to be a follow-up investigation,” sheriff’s office spokesman Chris Hegstrom told the Republic. “It doesn’t end here.” 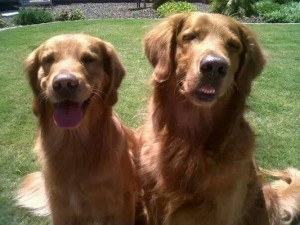 “Rest in peace boys sorry we trusted these people with your lives we will not stop spreading your story,” Marie wrote beside a picture of her two labs posted on Yelp. 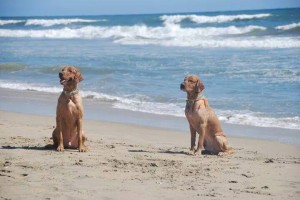 “Our Boys Sherman & Parker, along with the other 15 boys and girls won’t go down in vein. We’ll get answers and justice will be served. Thank u all for the support,” David Gillette wrote on Facebook.