At first, folks at the Denver Zoo didn’t know Kipele was pregnant. But zookeepers started to suspect the reticulated giraffe was expecting – despite birth control – as her stomach and udder became bigger.

She eventually allowed veterinarians to perform and ultrasound confirming what they suspected.

On Tuesday, somewhat earlier than predicted, Kipele gave birth to a male, measuring 5-feet-tall and weighing 73 pounds, both small figures for a newborn, according to officials. They named him Dobby.

“Denver Zoo quietly welcomed the birth of Dobby, a male, reticulated giraffe, on the morning of Tuesday, February 28, as millions of people waited for a giraffe to be born in New York to viral sensation April,” the zoo noted.

The birth went well, but the calf wouldn’t initially nurse, so zookeepers stepped in with supplements to “get him back on track.” 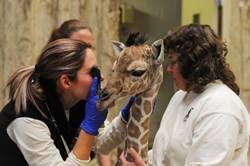 He started nursing, but blood work showed he wasn’t getting enough infection-fighting proteins from his mother  because of those problems early on. So, yesterday, officials gave him a plasma transfusion, which was donated by the Cheyenne Mountain Zoo in Colorado.

“This was certainly a welcome addition to the Denver Zoo family,” Brian Aucone, the zoo’s senior vice president for animal care & conservation. “Dobby may not have been a planned birth, but now that he’s here, we’re excited to have him and look forward to him engaging with our guests.” 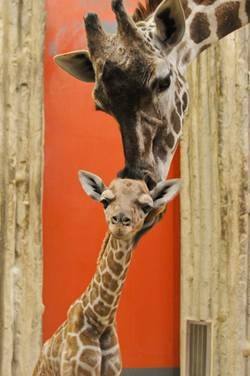 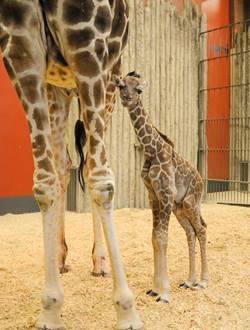 Dobby will nurse on his mother’s milk for about six months, then he’ll be weaned. Dobby should double in height to be almost 12-feet tall in the first two years of his life.