Forget Mother Goose. This goose is positively Godfather. Thug like.

Reddit users have called the Canada goose that prowls the University of Waterloo campus the “spawn-of-satan.” It hangs out on the road that leads to the front doors of Hagey Hall, according to folks on social media. And, students are having a heck of a time bypassing it. Now, there’s a 3-minute dash cam video of the feathery foe.

ARocketgun uploaded the video to YouTube of Man Vs Goose showing the goose terrorizing a man trying to get by first by car and then on foot. More than 40,000 people have watched the horror unfold.

First he confronts the goose.

Then, the goose charges. 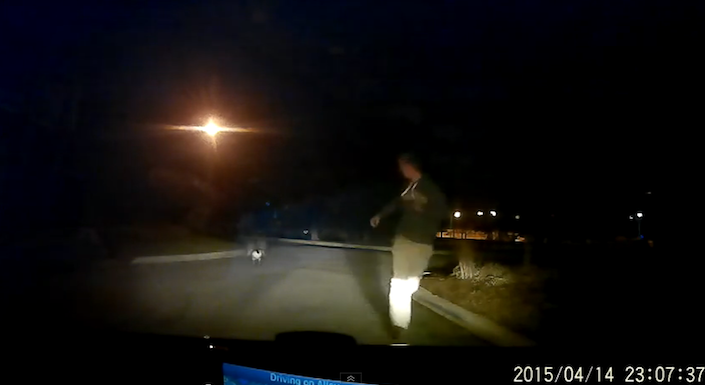 And, the man has jumps back into the safety of the vehicle. 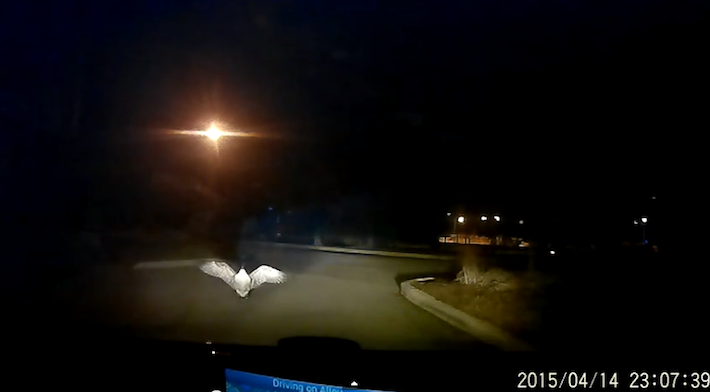 See for yourself. This is one badass goose.

Local media have picked up the story sending Reddit users to their computers hoping that finally their goose woes will be solved.

“This thing will attack you if you walk anywhere on that road. It’s attacked me twice now. Just an FYI to those on campus,” wrote a user who goes by the handle Quock.
Edit: Hello UW admin! Welcome to the thread that is responsible for the news article on the front page of CBC Canada. Maybe now you will actually do something about the geese instead of making a bunch of stupid merch to make a buck off of us.”

The dash cam video taker even offered the first-hand account from the battlefield.

“We were driving around listening to a fire mixtape when this goose blocked the road near HH. My friend got out to shoo him away and he nearly died,” wrote honhonhonFRFR.
Very scary”

The Waterloo, Ont.-based university has an interactive “Goose Watch ’15” map that has been built for sightings.