When Cyclone Pam hit the island nation of Vanuatu earlier this month, the human residents weren’t the only ones devastated. Animals, too, were in need of help. World Animal Protection rushed to the region to aid residents’ livestock and pets.

A puppy, now named Pam, was among those fortunate survivors. Aid workers found the pup, nothing but skin and bones, lying in the grass, after apparently eating a poisoned fish that washed up on a beach after the storm.

When veterinarian Naristorn Pholpherm saw he said the dog was “moments from death” suffering from severe dehydration, malnourishment and struggling to breath.

Her owner, Valia (pictured below), explained she had been ill for more than a week after eating the suspect fix and had now stopped eating and drinking. 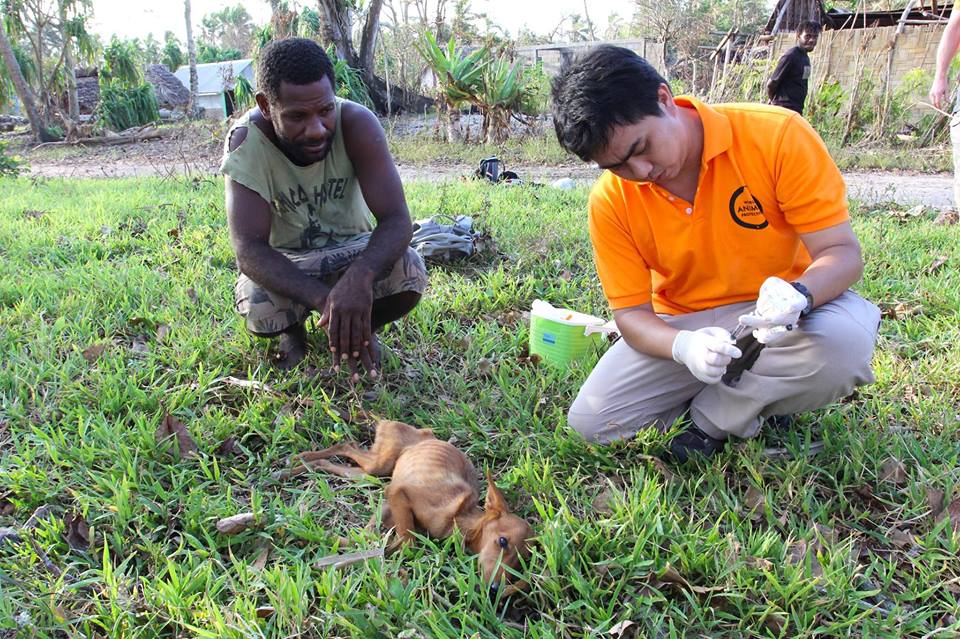 Dr. Pholpherm began injecting the dog with glucose and gave her water with a syringe. She lapped up the water and even wagged her tail. The owner took her home with instructions for her care. That was on March 23. 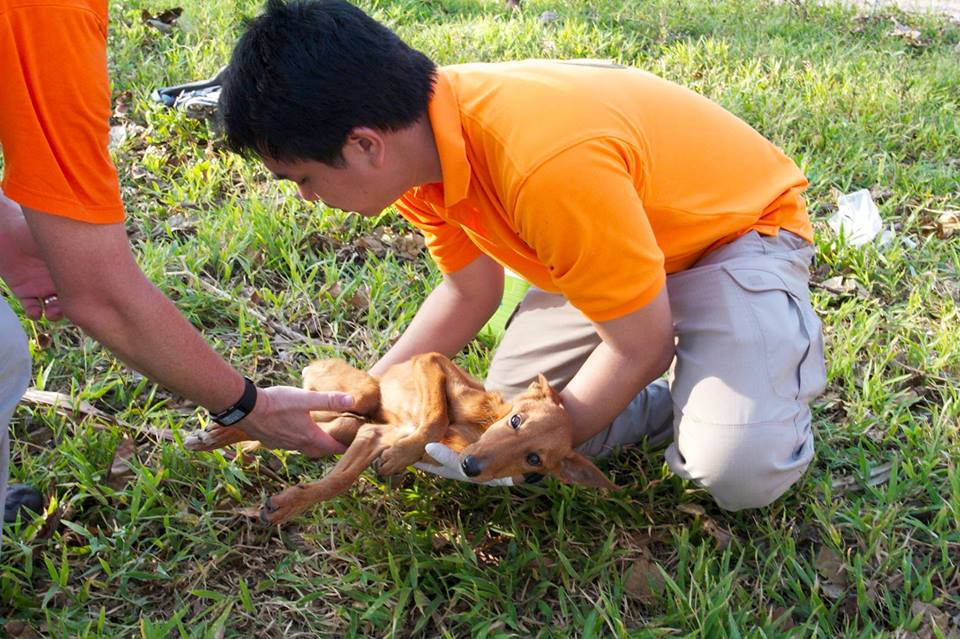 The group has just updated its Facebook page saying its quick intervention saved the animal’s life.

The New York-based non-profit is still providing vet care, but is largely focussed on securing food supplies for the coming months. Here are some recent updates the group has posted to YouTube.