The Animal Justice Canada Legislative Fund is lobbying to have basic rights for animals formally enshrined in Canadian law.

“This is an idea whose time has come. We know that animals experience pain and joy just like we do, and now it’s time for our laws to catch up to society,” Nick Wright, Executive Director of the AJCLF, said in a statement this week. “Animals deserve rights and freedoms, and they deserve to have their voices heard in courts throughout the country, much like corporations and trusts already do. The AJCLF is calling on Canadian lawmakers to enact the Animal Charter and help improve the lives of millions of animals.” 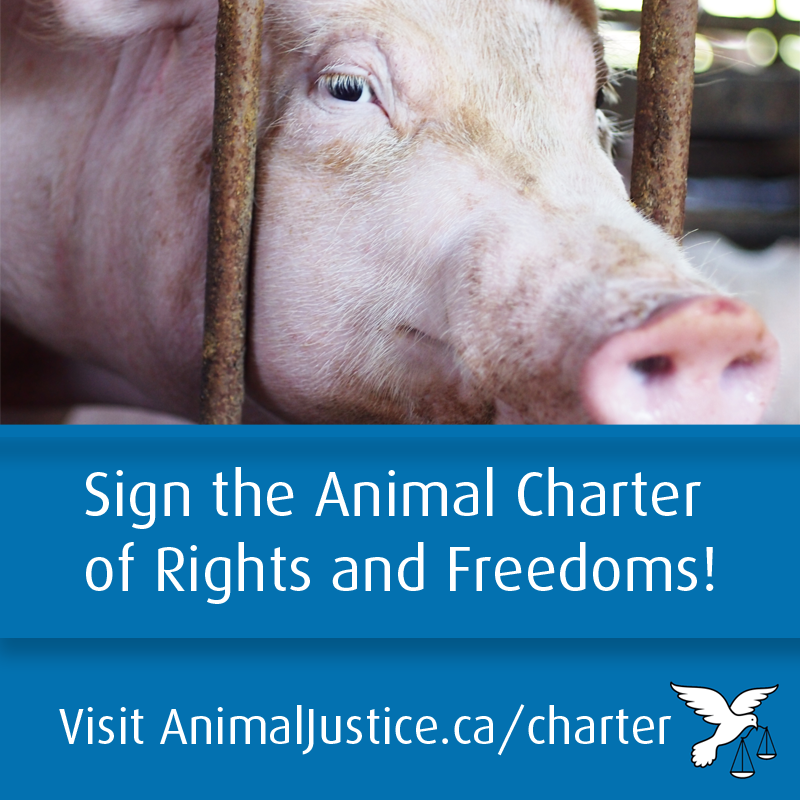 The federal government has long come under fire from animal welfare activists who say current laws neither go far enough to protect animals from cruelty and neglect nor punish those who abuse animals. If adopted, and so far it has no support on the federal stage, which incidentally doesn’t even protect property right in the constitution, would treat animals as more than chattel. Instead, Animals would be treated as sentient beings. More than 800 people signed the petition on the first day it was posted.

ANIMAL CHARTER OF RIGHTS AND FREEDOMS

Whereas non-human animals experience both suffering and pleasure in the same way that humans do;

Whereas discrimination on the basis of arbitrary characteristics, such as species, is a violation of equity, natural justice and the rule of law;

Whereas our legal system must not exclude the most vulnerable members of society;

1. Animals have the right to have their interests represented in court.

2. Animals are persons under the law.

3. Animals have the right to be free from pain, injury or disease.

4. Animals have the right to be free from abuse and neglect.

5. Animals have the right to be free from fear, and emotional and psychological distress.

6. Animals under human care have the right to adequate, species-appropriate food and water.

7. Animals under human care have the right to safe, clean, and comfortable shelter.

8. Animals living in the wild have the right to enjoy a clean and ecologically sound natural habitat, free from human intervention or exploitation.

9. Animals have the right to socialize with friends and family in a manner that is appropriate for their species.

10. Animals have the right to engage in normal and natural behaviours. 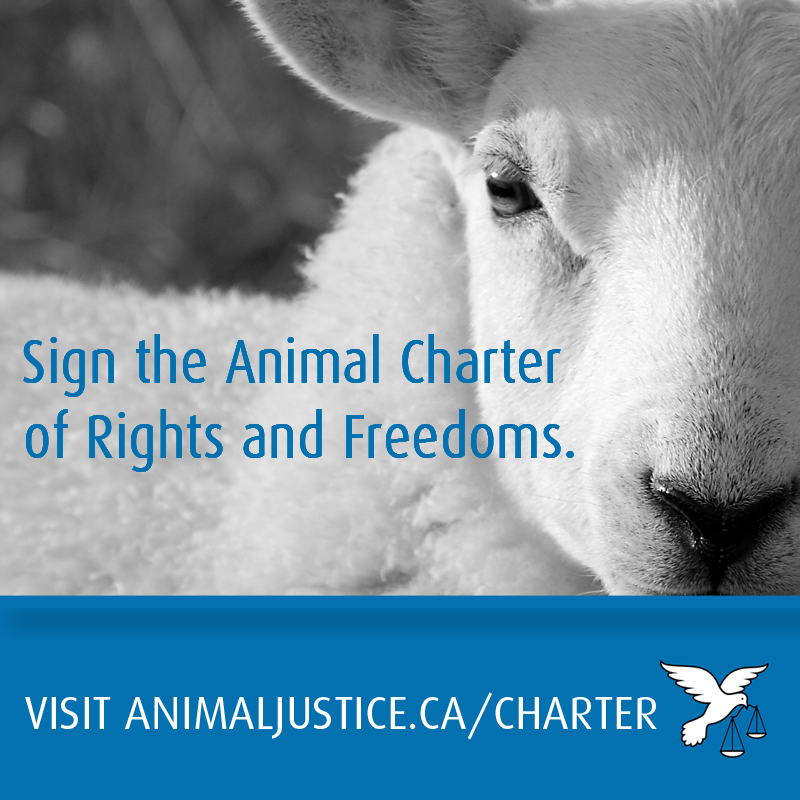