It wasn’t the usual kind of bust for police in Australia.

But officers on patrol in Wishart recently encountered a woman, who was actually wanted on some other “outstanding matters,” when they stumbled upon what seemed to be a kidnapped koala.

Officers asked the 50-year-old East Brisbane woman if she had anything to declare.

That’s when she handed over a zipped, green canvas bag, telling them it contained a baby koala.

“Not quite believing their ears the officers cautiously un-zipped the bag and found this gorgeous boy,” South Brisbane police said in a news release. 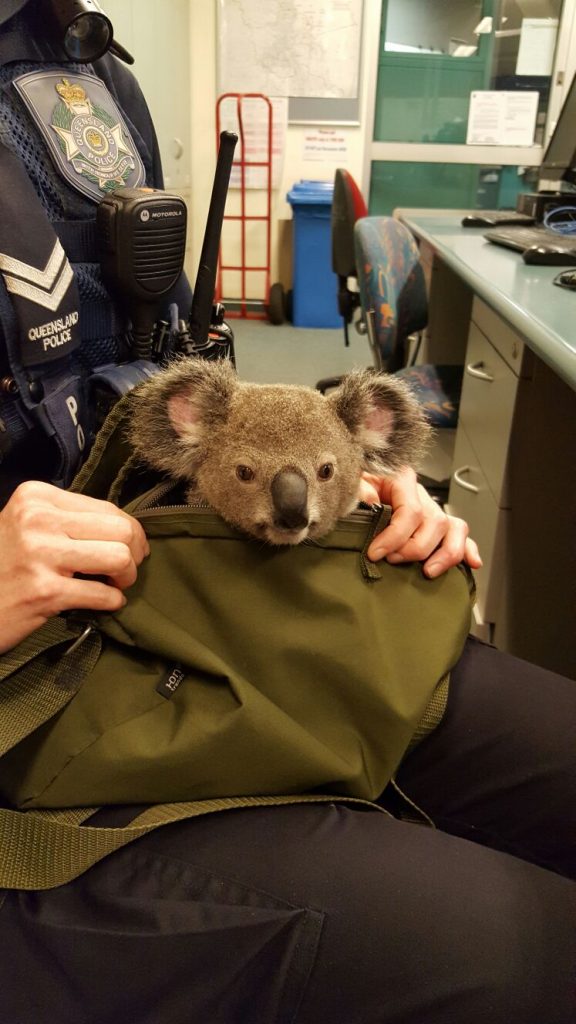 The woman told police she found the joey the night and was caring for it. Never mind, of course, that the animal is protected under the Nature Conservation Act, and you know, shouldn’t carried around like an accessory. 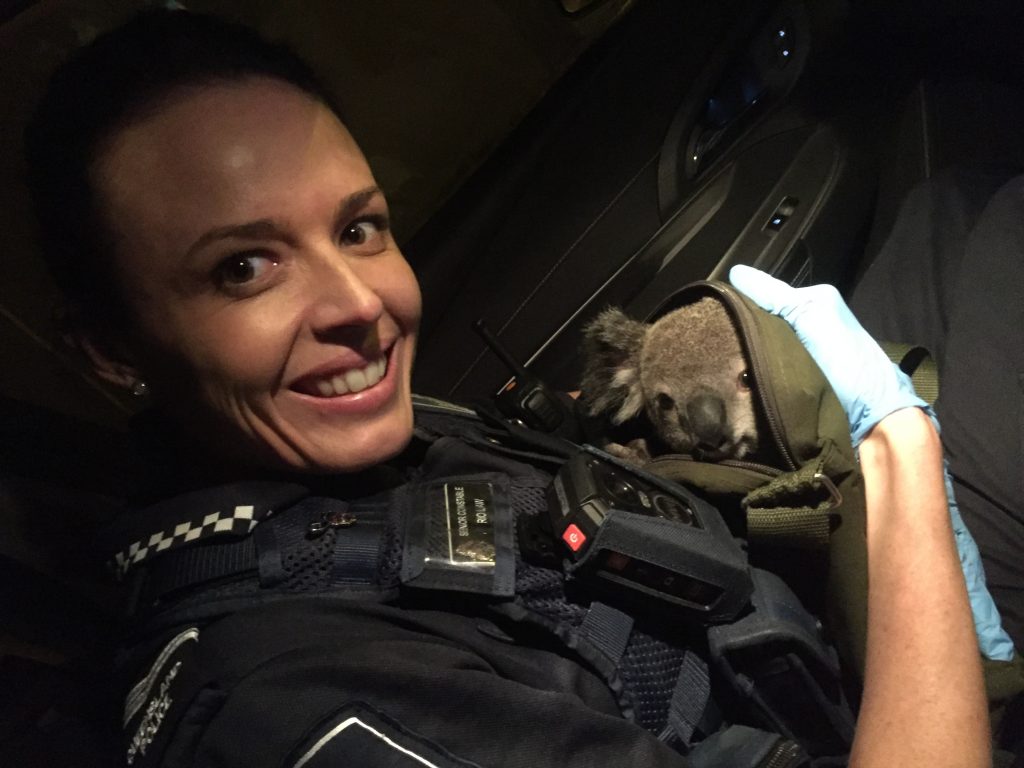 The RSPCA was called and determined the baby koala is about six months old and while in good health, was a bit dehydrated.

“He’s been on fluids but is doing well and will shortly be going out to a carer,” RSPCA Queensland spokesperson Michael Beatty said in a statement. “He weighs 1.5 kg and we’ve called him Alfred.”

If you find a koala, remember not to attempt to handle it, the RSCPA reminded locals and visitors alike.

Still, you can see why some people might do just that. Look at how cute this joey is. LOOK AT HIM! 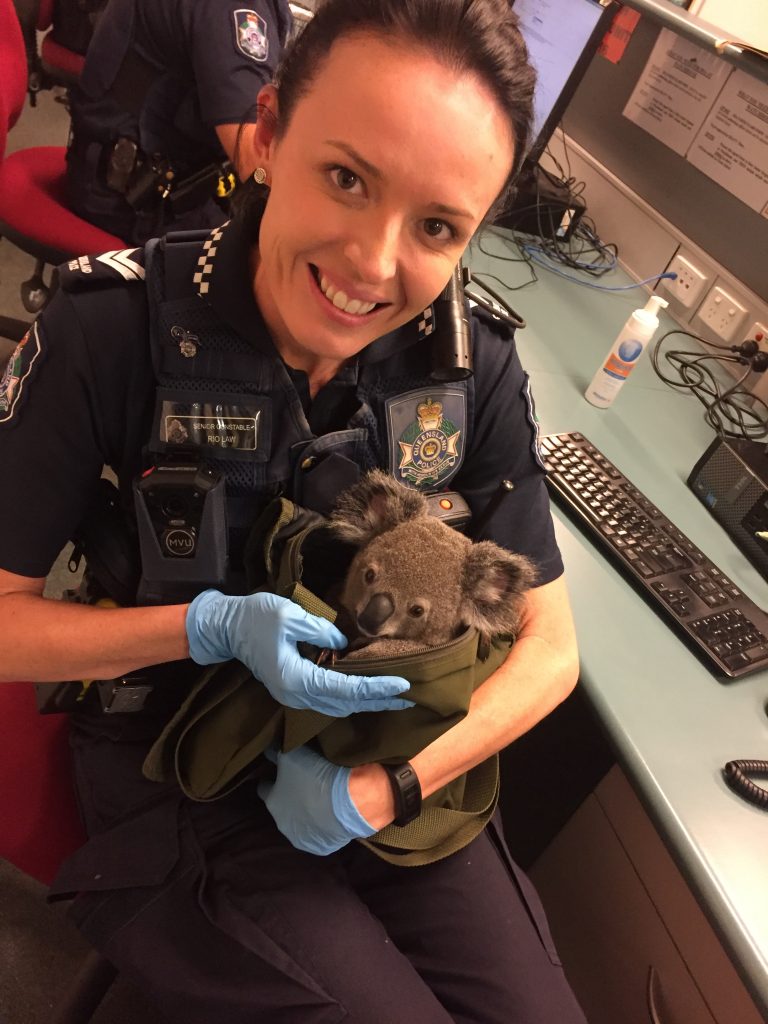 “Please call our animal emergency hotline on 1300 ANIMAL,” the animal welfare group added. “Often the animal may have no obvious signs of injury but it can have internal injuries that need immediate attention.” 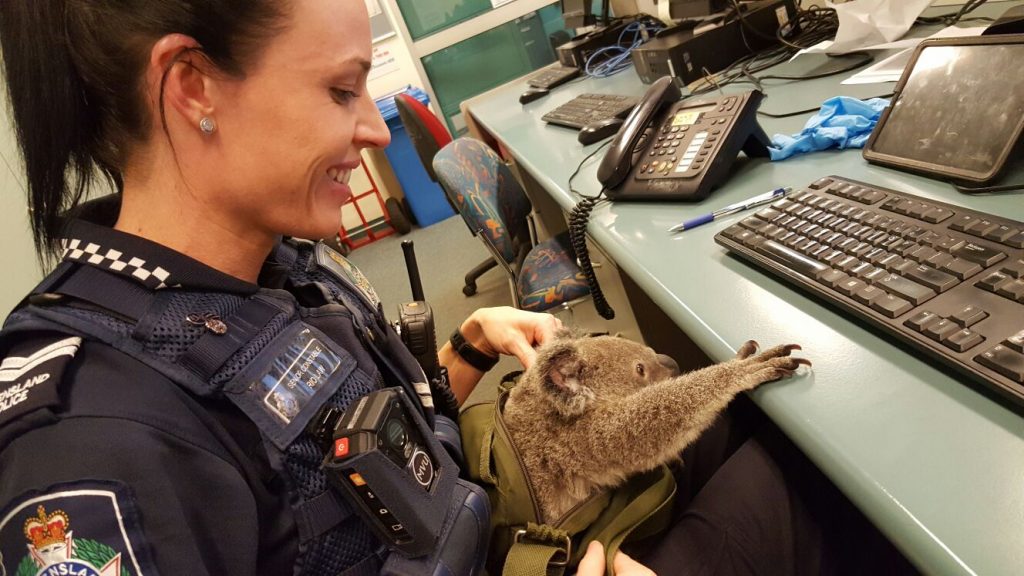