Forget about the fox in a hen house. Forget everything negative you ever thought about pit bulls. You’ll want this pit bull in your chicken coop. Shay Israel’s dog, Jules, loves birds. Particularly baby birds. 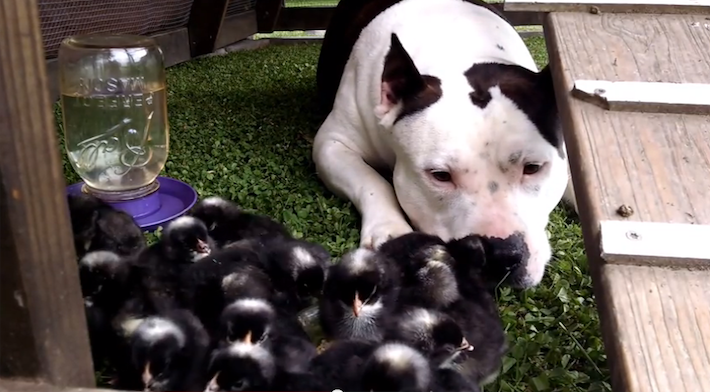 Watch the black and white pooch make herself at home as she tries to snuggle up to a baby turkey squirrelled away in the corner of the coop. Meanwhile one by one, chicks hop on her back. 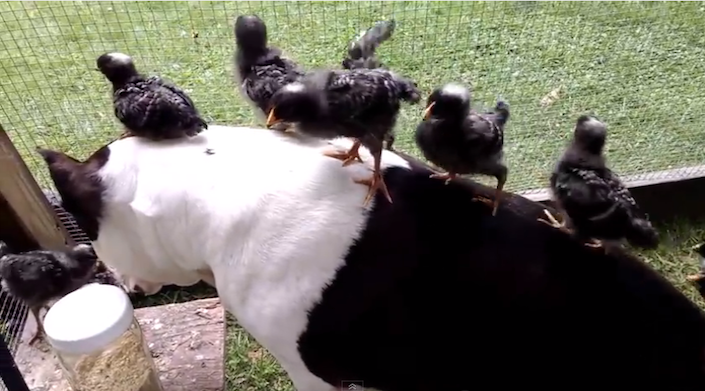 One even pecks at her head. 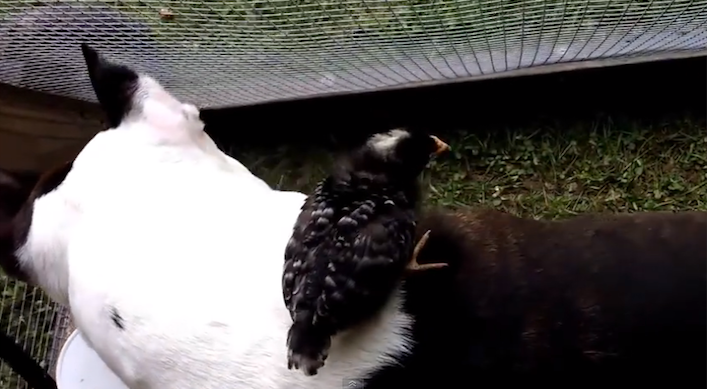 She doesn’t bat an eye. 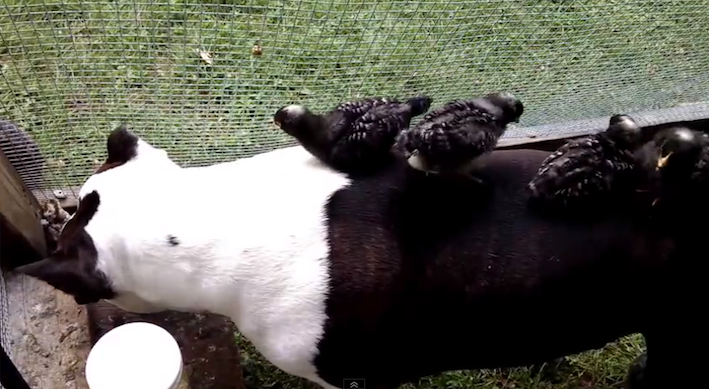 The video, naturally, has gone viral. Here’s the backstory.

“We have a pit bull that is quite fond of baby birds,” Israel noted on YouTube. “She can sit and watch them for a couple of hours straight sometimes. The first thing she does in the morning when she wakes up is she wants to be with them. A couple yearrs ago when she first encountered them I noticed that she would nip at them and I would immediately remove her from them or reprimand her. This year, knowing that she wouldnt ever hurt them I decided to let her nip at them thinking that it might not be aggression at all and that she actually might not hurt them. So once I let her do what she wanted, I saw the she would come inches from them in a very controlled way. I dont think I’ll ever know why she does this but im guessing that she is having ‘cute aggression.'”

And, the ridiculously adorable video that preceded it.