A new mother at New Zealand is demonstrating the meaning of true love.

The Hamilton Zoo has posted some incredible images of a female chimpanzee named Sanda cradling her new baby girl. The photos, taken by Tara Sutherland, are already sending hearts aflutter. 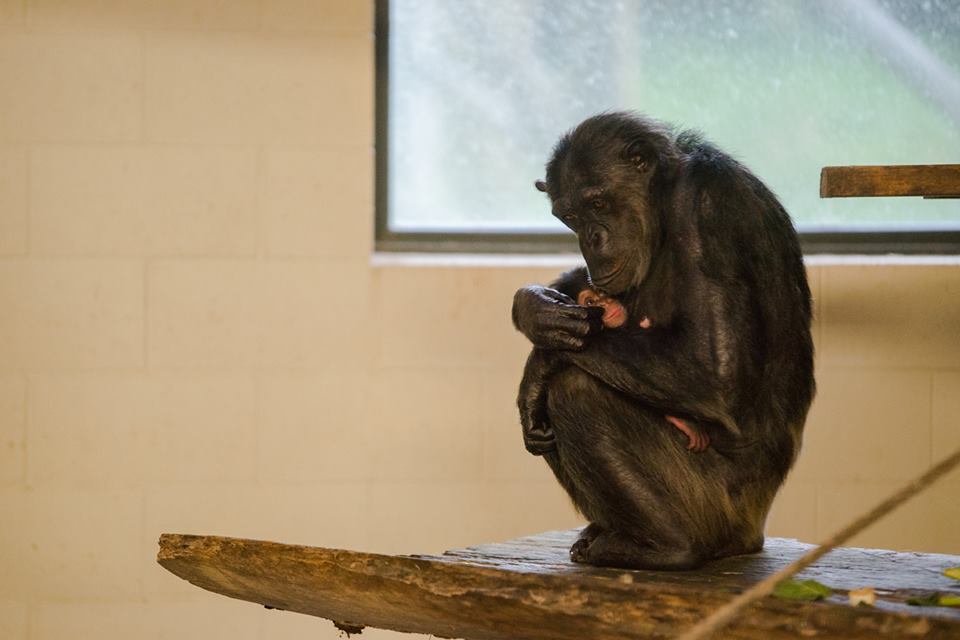 Sanda gave birth on Feb. 15. The delivery captured on camera as the baby’s father, Luka, and his mother, were at Sanda’s side. The zoo has just posted the heart-warming birth story on YouTube.

Catherine Nichols, the zoo’s acting curator, said in a statement released today that Luka is already proving to be a “doting dad.”

“Luka’s behaviour is very encouraging for us – he will be vital to the baby’s upbringing and acceptance into the troop,” she added.

It’s only been a few days since the baby’s birth, but already the other members of the troop are checking out the new addition. The zoo is now home to six chimpanzees.