A seemingly friendly beluga whale has taken up residency in a small village on the east coast of Canada.

Locals have lovingly dubbed the white whale Billy, but now there are worries it has become too accustomed to being around people. And that one day, the whale’s life could be in danger. 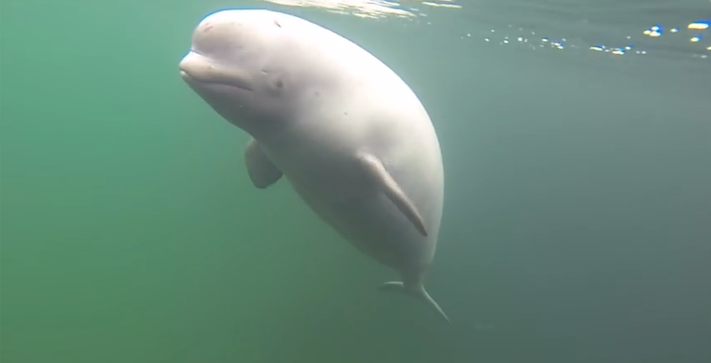 Ian Jones posted a video back in March of the young female beluga, which by that point had spent several weeks “hanging around the wharf at Admiral’s Beach, Avalon Peninsula Newfoundland.” 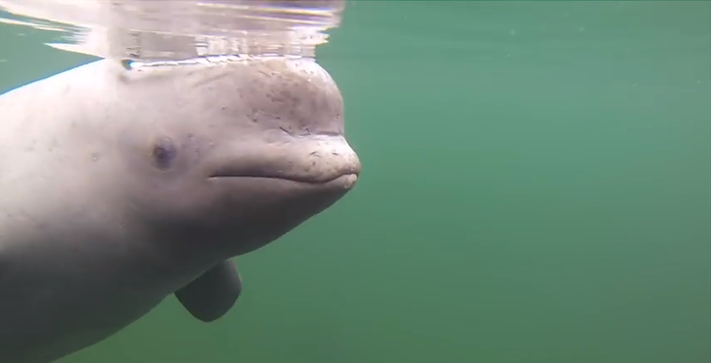 The whale certainly didn’t seem to mind hamming it up for the underwater GoPro hung in the water from a small boat in the harbour.

Here’s another video of what appears to be Billy, playing with a rope in the harbour.

I got to pet a Beluga whale today 🙂🐳 #belugawhale #nfld #whale

This little fellas hanging out about a month to the wharf in Admiral’s Beach! Playful and friendly creature to say the least! 🐳 #beluga #Newfoundland #beautiful

🌊🐳🎶⚓️. “Baby beluga in the deep blue sea, swim so wild and swim so free, the heaven above and the sea below, see the little white whale on the go” Only a 4 second clip as I ran out of storage space, but I still wanted to share! #AdmiralsBeach #BabyBeluga #Newfoundland #BelugaWhale

Tim Frasier, a biologist at St. Mary’s University in Halifax, told the Canadian Press young belugas do tend to explore on their own, but for its own safety, the whale should be left alone.

“There’s a real misconception about whales and especially belugas,” Frasier told CP. “They’re cute, we sing songs about them, we see them in aquariums and we get used to seeing people touch them. But none of that is natural. And that’s not what our default behaviour should be with them.”

Canadians know well the tale of Luna the killer whale.

A decade ago, the young orca became separated from his pod and befriended people along Vancouver Island’s northern coast. Playing around boats and being petted by people. But a plan to move the whale, dubbed Luna, to safety died and in March, 2006 Luna was struck by a boat propeller and killed.

Saving Luna became an award-winning documentary about the whale.