This is so cool. Literally. Images of a bald eagle in Hanover, PA protecting two eggs in her nest completely buried in snow has captivated birders, and even the non-bird nerds of the world.

The Pennsylvania Game Commission has also set up a livestream of the iconic bird.

And there’s good reason to tune in. The first egg appeared in the nest on Valentine’s day. 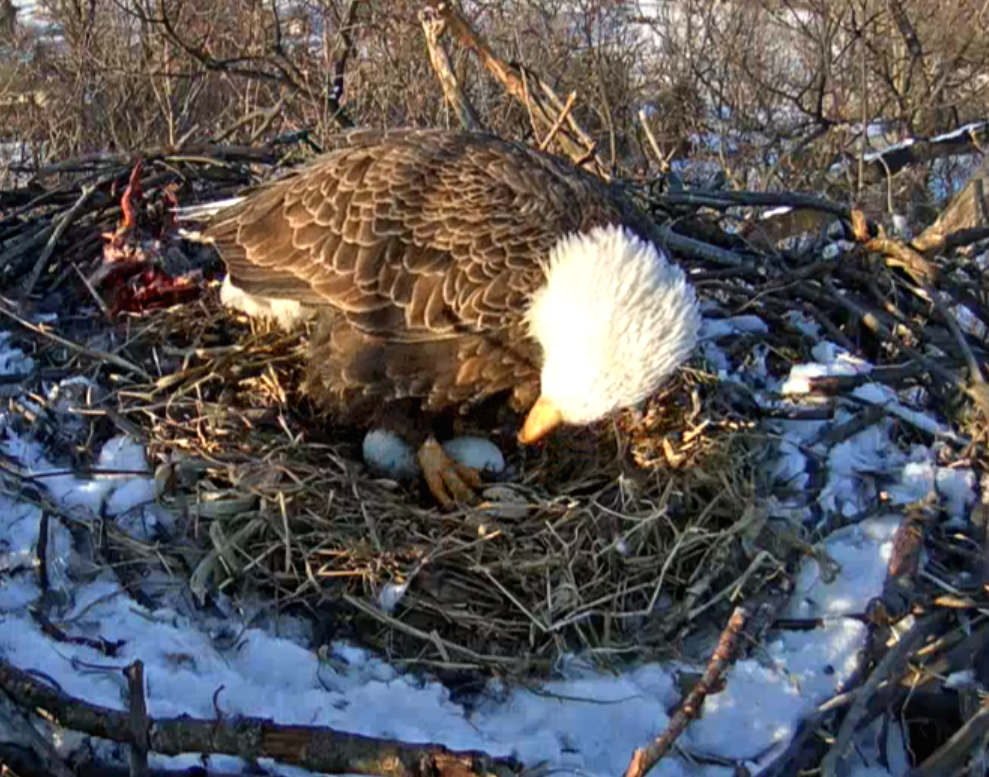 “With roughly 35 days of incubation, we’ll be on #eggwatch beginning March 21,” officials note. “We expect any fledglings to have left the nest by late-June or early July.”

An active nest was first recorded in the area in 2005 and since then, eaglets fledged seven times, most often two at a time, the commission says. And, there are no records showing that any of the adult nesting eagles have been banded or otherwise marked.

These are good signs for a bird that nearly vanished from the state. Just three decades ago, Pennsylvania counted just three nests. The Canadian government stepped in an brought bald eagle chicks to the region starting the reintroduction of the species to the Northeast. Now, the state has 250 nests.

Want to know more? Check out this documentary.