Forget snakes on a plane. How about ducks in a cab?

Urga Adunga, a taxi driver in Calgary, Alberta, recently chauffeured a family of ducks to safety in his Checker Yellow Cab. The driver stopped when he saw a mother duck and nine ducklings stranded in traffic on the TransCanada Highway and Shagnappi Trail in the city’s northwest on Thursday.

“I checked behind me and put on my warning lights to alert drivers I was going to pull over,” Adunga said in a statement yesterday. “I jumped out of my cab and I motioned for the oncoming traffic to pull over so I could get the animals to safety. The ducks had nowhere to go in the construction confusion so I decided to scoop them up and put them in my cab. Several drivers got out of their cars and signalled everyone to stop. Other drivers used baby carriers to hold the ducklings and put them gently into my cab with their mama.”

The cabbie, with only six months on the job under his belt, then drove his unusual passengers to the nearby Bow River, which cuts through the city. 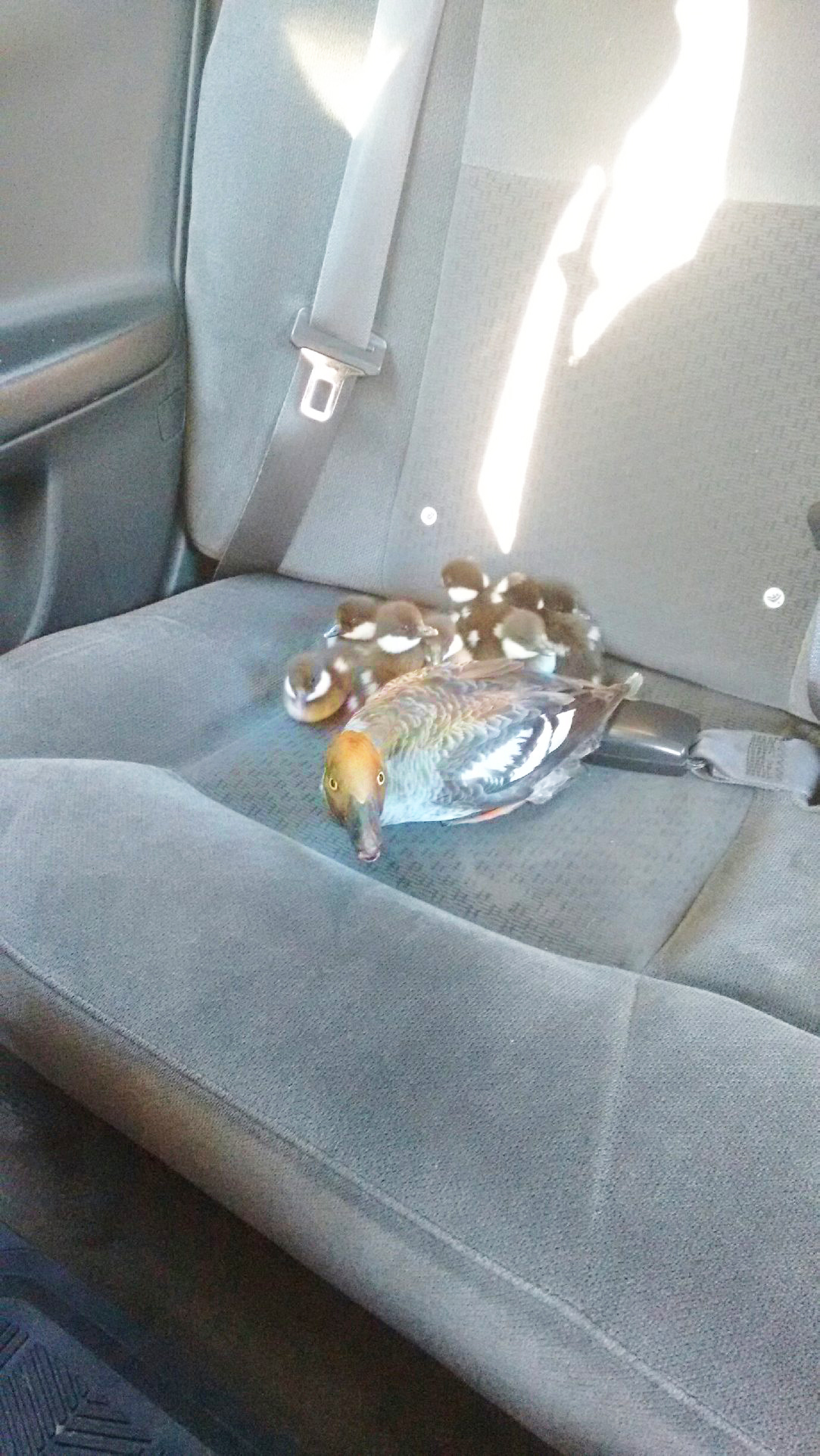 The mother duck, he said, sat quietly throughout the trip, watching him and enjoying the ride. At the river’s edge he opened the door and clapped his hands to motion the family out.

The mother then began quacking. But since the ducklings were too tiny to make the leap from the seat, Adunga quacked along, lifted the babies out and watched the family “waddle towards the water.”

He cleaned up the seat and continued on his shift. Considering his heroics, his feathery friends left a pretty cheap tip. 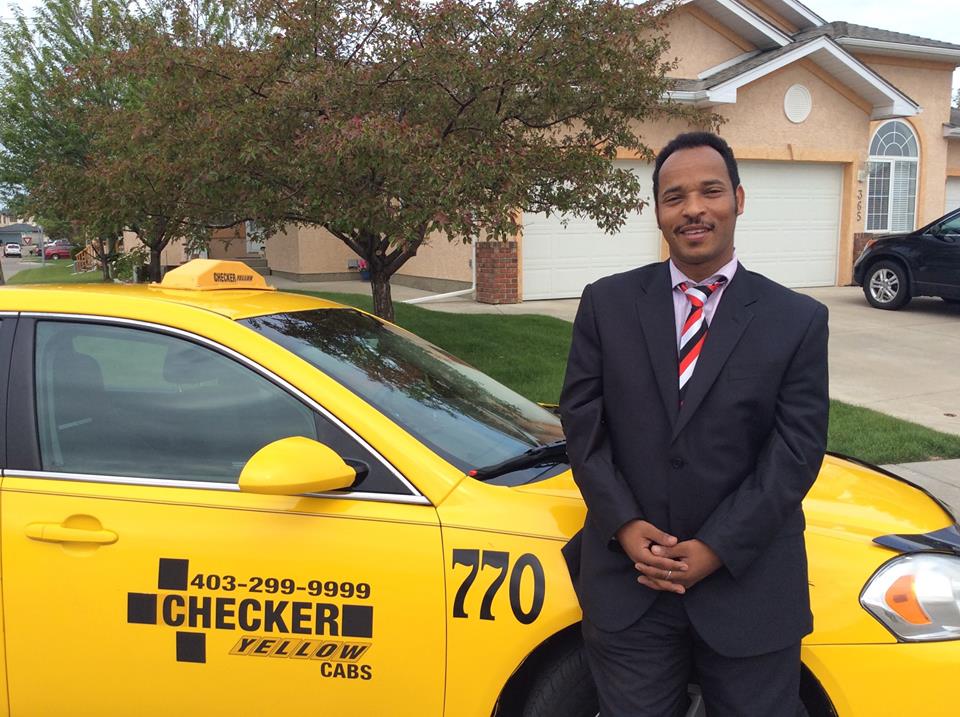 “We can’t say how proud we are of Urga Adunga #770 who has taken his “Duck Saving Adventures” in stride in a humble, gracious manner,” the company posted later to its Facebook page. “We want to thank everyone worldwide that shared his story, including media outlets in New York, the UK, Iran, Ethiopia and all across Canada. Wow, Wow, Wow. The power of Social Media never ceases to amaze. Urga, come into head office – cupcakes on me!”